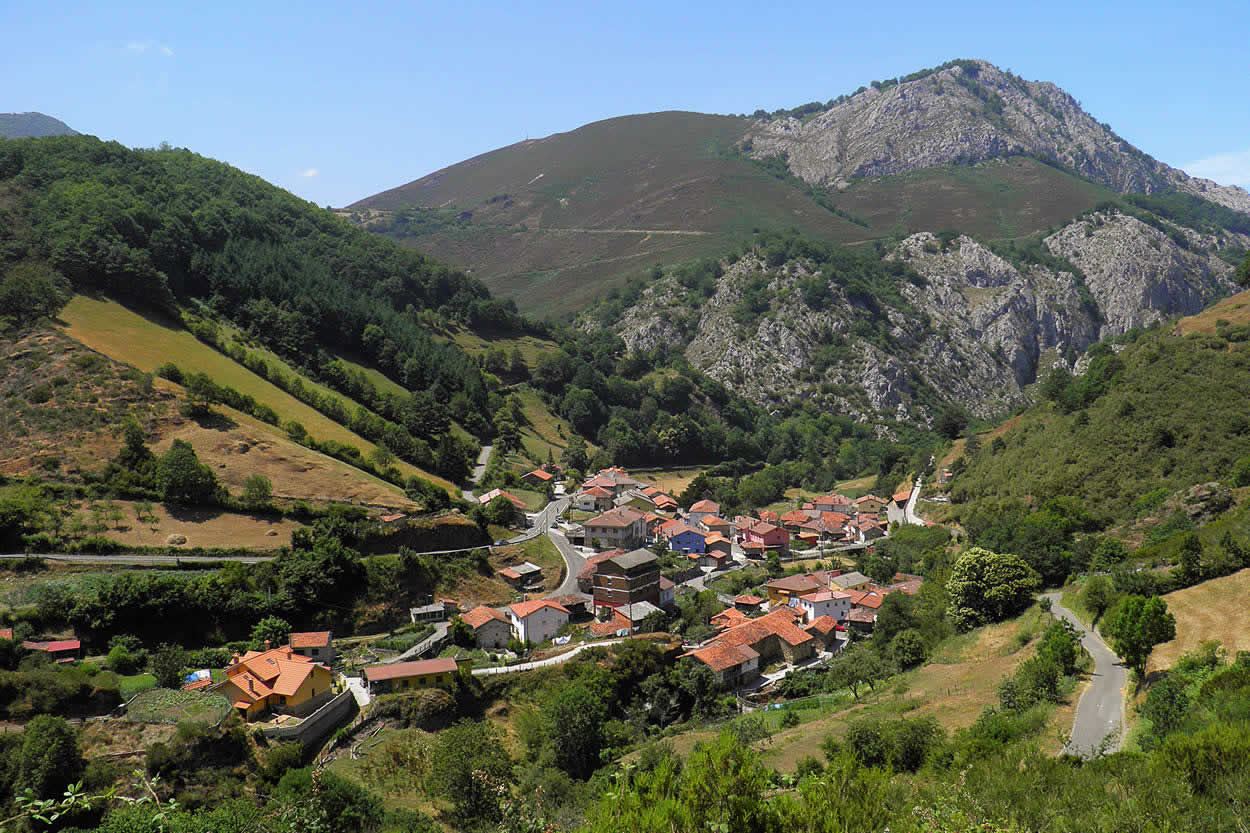 Undoubtedly, the little known Teverga, is a dream land for all those who in their escapades seek the absence of noise, asphalt, buildings and even humans. The tevergano municipality is an ideal habitat for the total absence of worries. And this is because the nature of this bumpy council completely annihilates any hint of stress.

The sum is well done: of its almost 20.000 hectares of extension, more than half, an 60 percent, is forest area, and about 30 percent more corresponds to pastures, so it is lighter than water: Teverga It is natural at 90 percent, at least.

And what about their forests It is also true: beeches, oaks, chestnuts, birches, ash, thorns, and on the banks of the alder rivers - to which the local speaker says: smoke.

It is not surprising that in such a fertile ecosystem they can still inhabit the most threatened species of the peninsula, like the bear or the capercaillie. The deer, roe deer, chamois, wild boars, wolves, foxes, partridges and hares complete the great variety of wildlife that inhabits its mountains.

All the attractions of Teverga ...

Located in the south of the central strip of the Principality, we talk about one of the Asturian councils with the greatest mountain projection. It limits by the south with Babia Leonesa and Somiedo; to the west, with Proaza and Quirós; to the north, with lands of Miranda, Grado, Tameza and Proaza; and to the west, again with Somiedo. The entire municipality is integrated into the Ubiñas-La Mesa Natural Park. In its rugged geography they stand out the Peña Sobia with impressive vertical limestone walls and the mountain range of the Table along which a road built in Roman times runs.

It is a magnificent mountain territory with a relief of strong contrasts, which is unbeatable for the practice…

Ideal scenarios for those who want to throw themselves in the prao to see life go by, but also for those who love active tourism, because mountain biking is here a very usual means of transport, with many possible itineraries among which, due to its popularity, the Path of the Bear. The mountain boots are the most widespread footwear in this place, for a trek without truce through the mountains. Climbing in the limestone walls is very frequent, as well as caving in a number of natural caves, among which the Cueva Huerta stands out, a natural monument of about 14 km of route.

It is an ideal route for hikers and cyclists. Its great natural and ethnographic wealth advances through ...

Teverga offers a complete leisure plan in addition to the above. You can walk through the narrow gorge or climb the Ports of Marabio. Go into the Hayedo de Montegrande-Páramo, one of the largest beech forests in Asturias with panoramic views of the Ubiña Massif. Another option is the Ascent to the Port of San Lorenzo, from which you can admire the scenic views of the Valdecarzana valley, the Sobia and La Mesa mountain ranges, the Somiedo Natural Park, as well as the route of the Roman road known as Royal Road of La Mesa. In the Braña del Rebellón we can enjoy the few remaining circular teitos in the Principality.

Somiedo Natural Park is a piece of land of great beauty designed for nature lovers.…

For lovers of history and culture Teverga also has a good gift, like the collegiate church of San Pedro, of altomedieval style, between the pre-Romanesque and the Romanesque, dated between 1069 and 1076. National Monument in whose interior, in addition to other images, there is a carving of Christ from the end of the 13th century.

And although we leave it for the last, it is not the least important. We speak of the Park of Prehistory, which is the most important collection of rock art in Europe and makes Teverga a world reference in the Paleolithic. The Park is located in San Salvador de Alesga, on a surface of between superior to the 25 and 40 hectares.

As you can see Teverga is well worth a break. In addition, we can replenish the effort of such an adventure with a strictly local gastronomy: pot, big game, trout, mushrooms, apple pie, flan, rice with milk, picadillo, tripe, cheese massera, borrachinos and a long etcetera. And rest loose in the rural houses and catering establishments in which the most common is the family and hospitality of their owners.

How to get to Teverga:

From Oviedo: Take the A-63 in the direction of Grado - La Coruña, at about 10 Km you exit in the direction of Trubia, once you have passed the bridge over the Nalón River, on the left you take the As-228 road that takes you through the Trubia Valley, passing through Tuñón de Santo Adriano, Proaza, Caranga de Abajo, here you have to go along the same road that goes right to La Plaza (San Martín de Teverga)

to 0,17 km The Peña Ubiña Massif is after the Picos de Europa the main mountain system of the Cantabrian Mountains. The recent declaration of Parque Natur ...

to 0,26 km It was 40.000 years ago that Homo sapiens sapiens arrived in Europe. It displaces the Neanderthals and becomes the dominant species. It inhabits caves and opens ...

to 2,19 km Its highest point is Picu Caldoveiro, a summit that reaches an altitude of 1351 meters. An old royal road crossed the ports of Marabio, which served ...

to 4,30 km Teverga one of the most emblematic destinations of rural tourism in Asturias, the tourist offer is very complete, with multiple possibilities in which ...

to 7,98 km One of the most photographed neighborhoods is El Palacio, where there are two representative towers, the most important being the circular ...

to 10,33 km The Mirador de Santrocaya is an old barn and stone stable from the XNUMXth century that has been completely rehabilitated, combining the tradition of the architecture of...