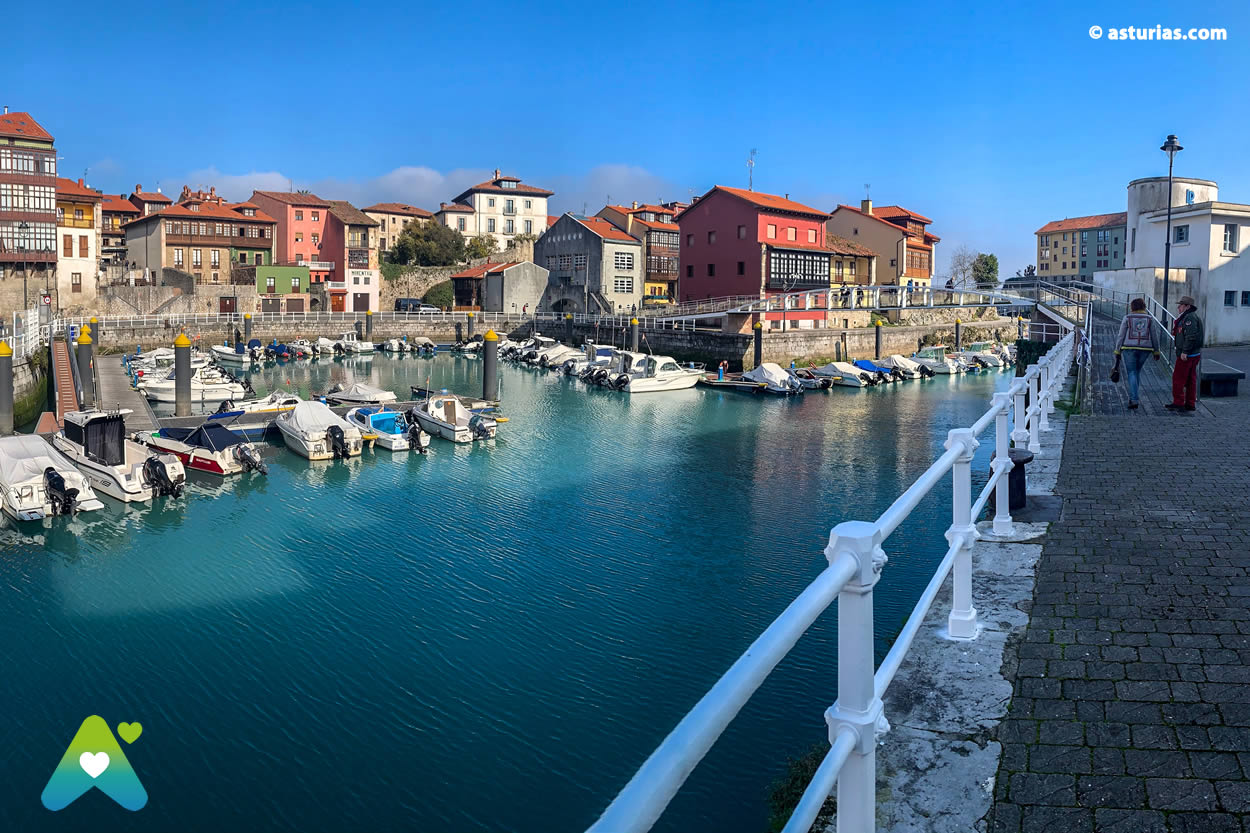 Get carried away by the streets of Llanes

Get carried away by the streets of Llanes

The town of Llanes, capital of the council that bears his name, is the urban reference of an extensive and rural territory that grows in an elongated way parallel to the Cantabrian Sea. A sea that gets everywhere in this village and that gives us its flavor in the middle of old and modern buildings, squares, squares, walks and abundant terraces where to stop for a drink.

What to see in Llanes in one day?

Within the urban nucleus of Llanes, the Playa del Sablón, a coquette, clean and protected, above which runs a long walk on the cliff. The unforgettable Walk of San Pedro is approaching the kilometer of travel. It is a paved and fertile path from which the reality of the town is discovered, a plain between the sea and the mountains.

We enter the urban area, we lose the overall perspective but we gain it in details. The narrow streets of the old town, in which proliferates the commercial activity of the villa, they give rise to a capricious circuit loaded with motifs and cobblestones in which a customized architecture is inscribed, of fair proportions and respectful with a pampered urbanism.

We arrived to the laugh, minimal and singular, entering with their boats and their nets in the nerve center of llanisca society. From here to the open sea, a traditional seafaring walk and aquatic activity awaits us. In the initial section, boats and seagulls await, the reflections of the town that hugs its estuary with force in a shallower draft. 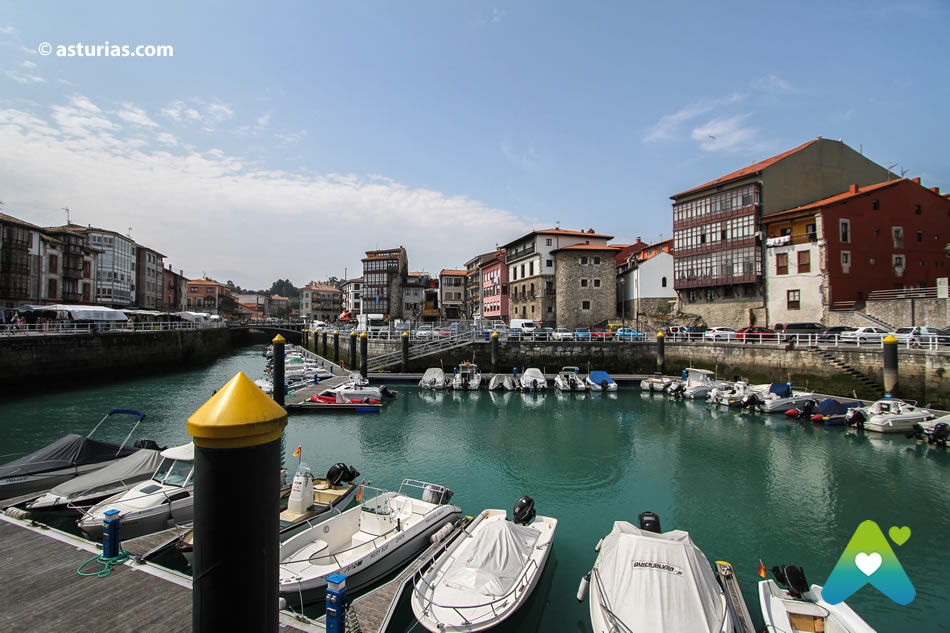 Water and land seek more depth a little further north, on the way a modern port, restored and protected by a recent iron breakwater. From these last walls of the fishing village, that wonderful picture of an infinitely green and blue coast that we had already discovered in our first route along the Paseo de San Pedro. And right in this place we already see closely those colors that we guessed from higher. They are the bold colors of the Cubes of Memory, that the Basque painter Ibarrola used to rescue the breakwater of his gray existence and turn them into an immense canvas of three dimensions.

Wall and architecture of indianos

The traces of the Middle Ages proliferate in the old town. The walled enclosure began to be built as a result of the Puebla Charter granted by Alfonso XII to the town in the first third of thirteenth century. The north panel and other scattered remains in different peripheries of the historic center are preserved in good condition. In some case, the wall it has been fused with more recent constructions, low but haughty buildings, galleries tanned by saltpeter and fishing soul. At the core of the story we also find the Tower, solid and schematic symbol of the past that today houses the Tourism Office. 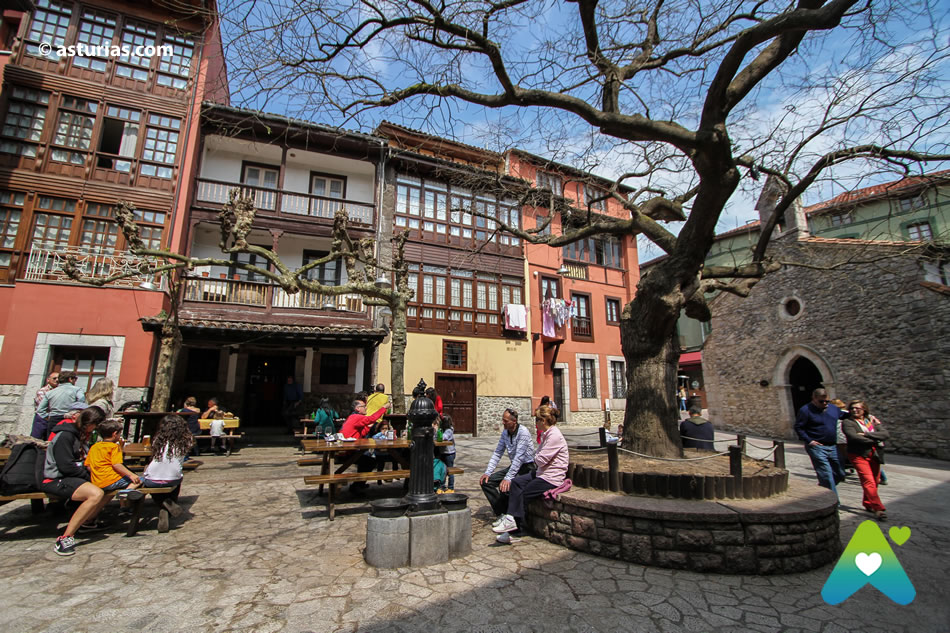 The rest of Llanes shows excellent samples of the passing of the centuries to the present day. There are details from practically all eras. There is hardly a false decade. Renaissance buildings, Marine properties such as the Casa de la Ballena, the latter place where the guild of mareantes met and that today has been rehabilitated to make way for a suggestive "Aula del Mar"; baroque palaces and mansions, a Gothic basilica, a handful of chapels, a modernist casino, and an incessant trickle of so-called architecture of Indianos that finds in Llanes its true meaning and the most surprising and numerous samples, with dream gardens and glazed galleries.

What is the best beach in Llanes?

Choosing a beach among more than 30 that the Llanisco municipality has is a difficult task. We can choose from among all that of Torimbia, for its location, its sunset, its tranquility ... but better decide by visiting the link, here you have all the

More than thirty beaches is the baggage of a sea tired of war that searches docks and estuaries, but ...

to 0,06 km The Magdalena festivities on July 22; San Roque, on August 16, and the Guide, on September 8, are events full of devotion and rites that take place ...

to 0,08 km The council of Llanes presents us with a route that includes more than twenty destinations, all scenarios in which more than 40 sequences of 1 ...

to 0,13 km Our apartments are located 100 meters from the Sablon beach, in the center of Llanes, but in a quiet area. They are new floors and all are ...

to 0,14 km Solutions to mental and physical exhaustion that begin with the need to take rest for rest, looking for shelters that isolate us from ...

to 0,14 km Llanes has become a tourist exponent of the Principality. Its unusual density of beaches, 30 in 35 coastal kilometers, and its proximity to the mountain c ...

to 0,20 km Leonor and Carlos arrived in the town of Llanes after leaving Hiddelburgo 19 days before, deviating from their initial destination: Santander. The royal entourage ...