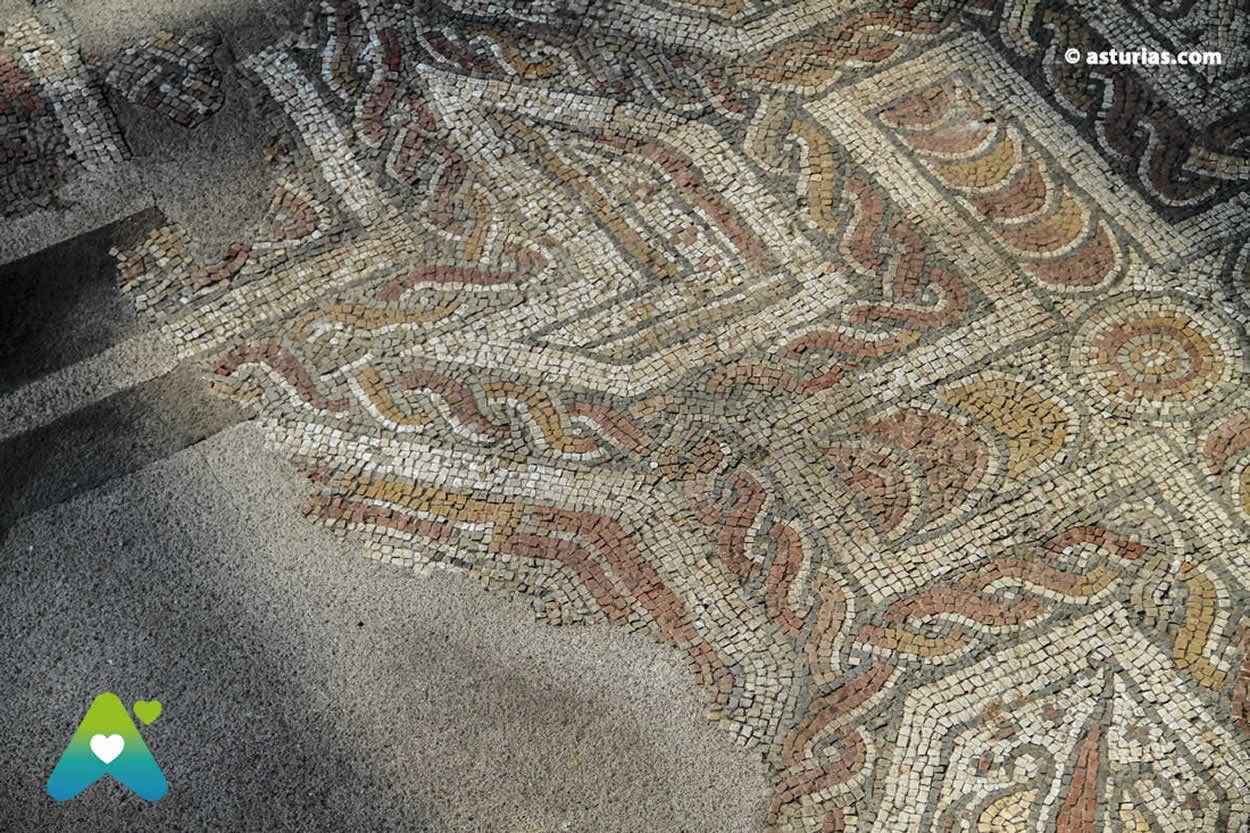 The Roman sites of Gijón

Conquering Asturias, and specifically Gijón, was not an easy task for the Empire, since the Asturians waged a lot of war and an irritated Augustus, after 10 years of brawling, appeared in the area mobilizing seven extra legions. The final submission would come in 19 BC. In later centuries Rome would leave in Gijón the mark of its architecture and its way of life, a mark that until very recently was not known one hundred percent, since new sites have remained hidden for twenty long centuries..

Octavio Augusto, first emperor of Rome, draws the attention of the passers-by at the western end of San Lorenzo beach. The sculpture presents the Supreme General of the Army addressing his subjects and in a command pose, although he seems to greet us and invite us to know his historical legacy in the city: the thermal baths of Campo Valdés, the Roman villa of Veranes or the fertile archeology of Campa Torres.

What has always been known is the raised Roman wall the urban area of ​​Gijón, built between the end of the XNUMXrd century and the beginning of the XNUMXth century, closed off the old city, which is currently the Cimadevilla neighborhood, extending from the beach (near the Church of San Pedro), to the fishermen's wharf to the west. Its perimeter was close to a kilometer.

The Gijonese Romanity finds another notable example of its development in the current museum of the Roman Villa of Veranes, opened to the public in March 2007, covering approximately one hectare in size. The location of this town, on the outskirts of Gijón, obeys the demands of the time: quiet, sunny places, animated by the beauty of the environment and with an abundance of water.

The museum is accessed through a reception building that acts as a gateway to the remains of the village and contains an audiovisual room and exhibitions. The visit to the site itself is done through a paved path that descends to the monument, from here a path leads us to different observation points and their rooms. Actually what we do is go into old agricultural farms of two thousand years ago: a Roman farm, which had the residential area or urban pars and the rustic pars. In the first the lord of the town lived and in the second the spaces dedicated to the exploitation of the fundus are extended. The archaeological remains that can currently be visited in Veranes belong to the urban part of a large establishment that was built in the Lower Empire (XNUMXth century after Christ) on the primitive ruins of a high-imperial rustic settlement of considerable relevance. A great manor house, in short, belonging to a notable owner, who was surely called Veranius.

The walk through the ruins allows us to know what daily life was like at that time, what its tenants ate, how they got food, what kind of livestock they had, what they spent their free time on ... Some of the rooms retain part of their original paving, standing out a polychrome mosaic that is undoubtedly the jewel of the complex, with dimensions of five square meters and very well preserved.

Although the town of Veranes dates from the first century after Christ, its moment of boom was in the fourth century. Around the sixth century the area becomes a church and necropolis. In the fourteenth century it was abandoned and its recovery did not begin until the year 1997.

The Campa de Torres It is another of the cardinal points of the Roman legacy in the municipality of Gijón, one of the Asturian sites that first showed its connection with the empire. It is a cape located west of the bay of Gijón and the neighborhood of Cimadevilla, from here we can enjoy magnificent views of the city. This watchtower is the current headquarters of the Campa Torres Natural Archaeological Park, in which it is clearly observed the "oppidum noega", a Celtic town specialized in metallurgy mentioned by Strabo, Pomponio, Mela and Plinio. In addition to delighting us with the primitive circular dwellings of the Asturians, the later influence of Romanization is clearly appreciated, which definitively introduced the rectangular room.

All this is clearly explained to us in an annex building that serves as a permanent exhibition, and that also has a temporary exhibition hall, workshops and assembly hall.

Finally, to finish knowing the Roman imprint of Gijón, we can approach the call Clock Tower, very close to the Roman baths. Interpretation Center that houses a permanent exhibition on the history of the city. The sample of historical and archaeological documentation is divided into five floors and reflects more than twelve years of excavations in the city and its council, as well as other testimonies of urban development between the XNUMXth and XNUMXth centuries. The itinerary begins on the ground floor, where you can see remains of the Roman wall and pre-Roman materials found in the council.

There are bonos Individual entry for the three archaeological museums. The rate for seniors of 16 years is 4,20 €. Retirees, children under 16 years, student card and youth card, groups (10 or more people), and family groups duly accredited: 2,05 €.

Villa de Veranes Museum: To twelve kilometers of Gijón, in the population of Cenero, to 12 km. It is accessed by the AS-18, 17 Output.

Natural Archaeological Park of the Campa Torres: from Gijón, take the AS-19 road, in the direction of Avilés. Before Veriña, take detour to Cabo Torres. Bus nº 21

Praise of the Chillida Horizon