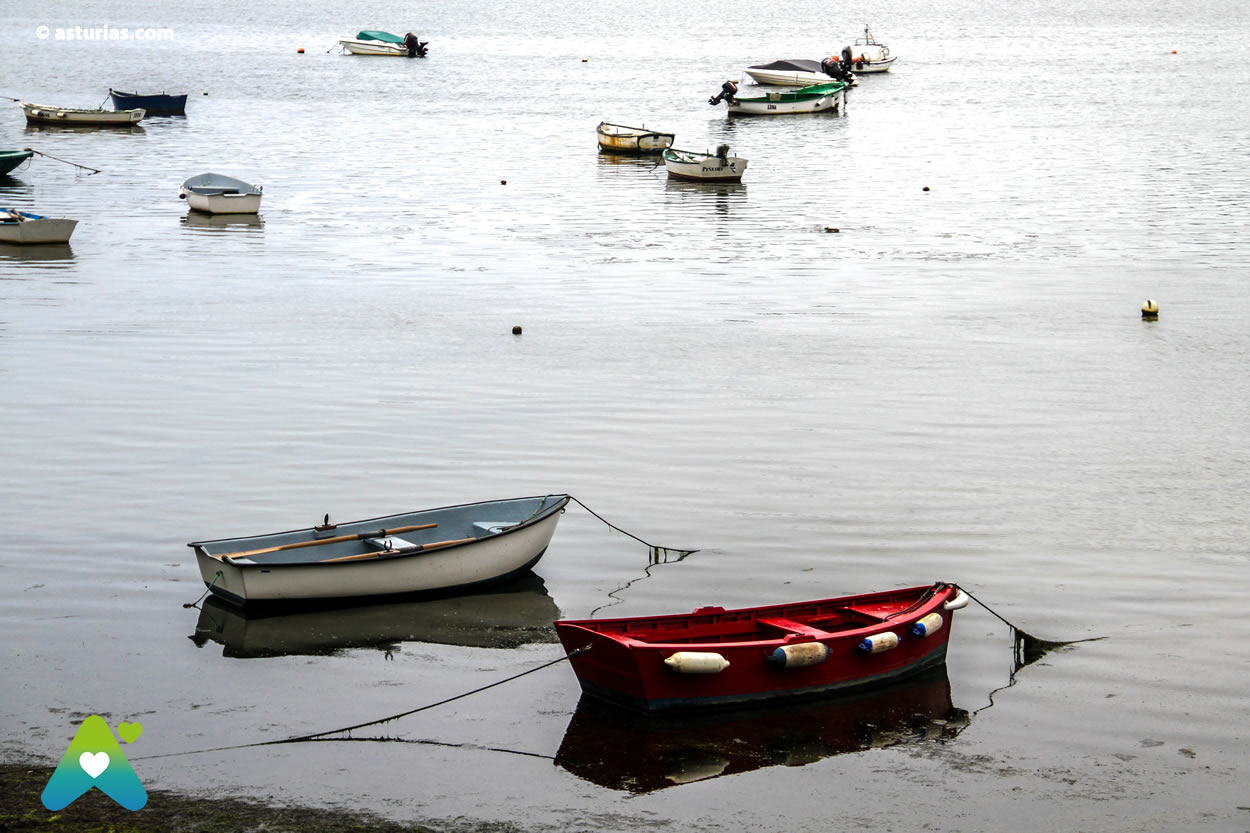 The Eo, border and nature

The Eo, border and nature

A satellite view of the Eo estuary is something more than a simple border between communities, it is a considerable blue crack that merges into the Cantabrian. A bird's eye view is already a large expanse of calm water. At the foot of the estuary is the horn of abundance embodied in a multiple habitat, much appreciated by birds, animals, flora, and some or many humans.

What river forms the Eo estuary? Where does it start and end?

The Eo river is born in Fonteo (Lugo) and flows into its estuary after 87 kilometers of travel, between the towns of Ribadeo and Castropol .. The final estuary constitutes a vast wetland with 930 square kilometers extension, 800 meters wide and almost 6 miles long. Its administrative label is that of Partial Nature Reserve of the Ria del Eo, which at the same time coincides with its ecological title.

The geographical description, however, does not deepen its biological worth, it only speaks of it as physical border between Asturias and Galicia; situated between the councils of Castropol and Vegadeo, in the western end of Asturias, and that of Ribadeo, in the eastern end of Galicia. An estuary that according to geography is only the final part of a long river that leaves from Galicia and that we can locate between the coordinates 43º 28 'and 43º 33' of north latitude and 7º 00 'and 7º 03' of west longitude.

Geology also has a lot to say in this rich and polysemous territory. In his opinion, the shape of the estuary is created by a longitudinal fault and a series of minor fractures that form inlets. Its current configuration comes from a series of processes of excavation and filling of the valley, on which they have been interspersed sediments of waves, winds, tides and river wear. The soil consists mainly of shales, sandstones and quartzites, and in the vicinity of the estuary there are also limestones and dolomites.

History tells us that an assorted parade of civilizations, peoples and nomads of the sea ended up on the banks of the River Eo. The Romans, the Normans, the whalers and the English pirates sailed in its waters and stepped on its sand. The last ones (the pirates) chasing in 1719 two Spanish war frigates, and ended up sinking them in waters of the river under the famous Tower of La Atalaya, looting the towns afterwards.

Sociologically and economically it is conceived as a resource of the first magnitude, source of wealth, generator of modes of production, growing focus of tourist interest, and at the same time scenario of customs and traditions of the marine class.

The biggest accent, strictly speaking of the estuary, can be placed in its ecosystem. From the point of view of ecology, the river does not have any kind of waste. It is clean and translucent, and serves as a source of life for many species. It is an important wintering area for more than fifty species of birds who come from the north of Europe, and who choose it to spend the winter. Among these are the mallard, the pintail, or the wigeon. Many other species remain in the wetland all year round: sandpipers, curlews, herons, egrets, plovers, cormorants or redshanks. Sporadically, you can find spatulas, white jars and some others. The Eo estuary is considered a wetland of national importance. It was declared a Partial Natural Reserve, and a Special Protection Area for Birds (ZEPA).

Its nature, however, is not extinguished in birds. It is also very important the presence of salmon, which penetrates the estuary from late winter to early summer, and the Moorish trout or trout. Among the mammals it stands out The Otter. In the upper basin dominate the birds of prey, roe deer, wild cats and genets.

Its vegetation admires the huge underwater meadows of Zostera acuática. Inland there are large masses of reeds and reedbeds.

Its landscape value has few rivals in the vicinity. In the whole of the estuary there are attractive rocky outcrops, beaches and coves, beautiful inlets.

Sportingly speaking the river offers a thousand experiences to the fans. When navigable it is possible to practice both sport fishing and rowing or sailing. From the small coastal docks of Castropol, Figueras and Ribadeo you can also rent out pleasure boats.

The sport is well organized, it is worth mentioning Sailing and Mar clubs in Castropol, responsible for organizing courses and competitions such as the popular regatta race «Prince of Asturias Flag Trophy».

Another type of leisure in the form of nature excursions they are also contemplated. As the road completely surrounds the protected area, you can see the estuary on foot, by bike or by car making a circular route of about 25 Km. A few kilometers from Ribadeo by the N-634 you will find the observatory of Reme, an excellent place to enjoy the landscape and the birds that inhabit the estuary, including a large information panel with references to different species. From Castropol we can enter the cove of A Berbesa, where shellfish and cockles collect shellfish, with excellent coastal views.

to 3,82 km Mexota beach, although not officially a nudist beach, has been a meeting point for lovers of this way of enjoying nature ...

to 3,89 km Peñarronda beach, on the limits of the Castropol and Tapia councils, is a vast area, thoroughly prepared by nature so that ...

to 4,00 km Apartments located in the village of Las Campas in the municipality of Castropol, the rural apartments are located a step away from the coastal villas of ...

to 8,05 km Tapia has a lot of coastline, cliffs follow good beaches; calm waters that invite you to swim and waves rough enough for surfing. You...

to 8,18 km This natural saltwater pool is known as the Antonio Alonso Bedia “Toño del Moderno” pool and was inaugurated in 2010. Its saltwater is a...

to 8,42 km The municipality of Tapia de Casariego is located on the western Asturian coast, in the northeast of the Iberian Peninsula. It has a total area of ​​...