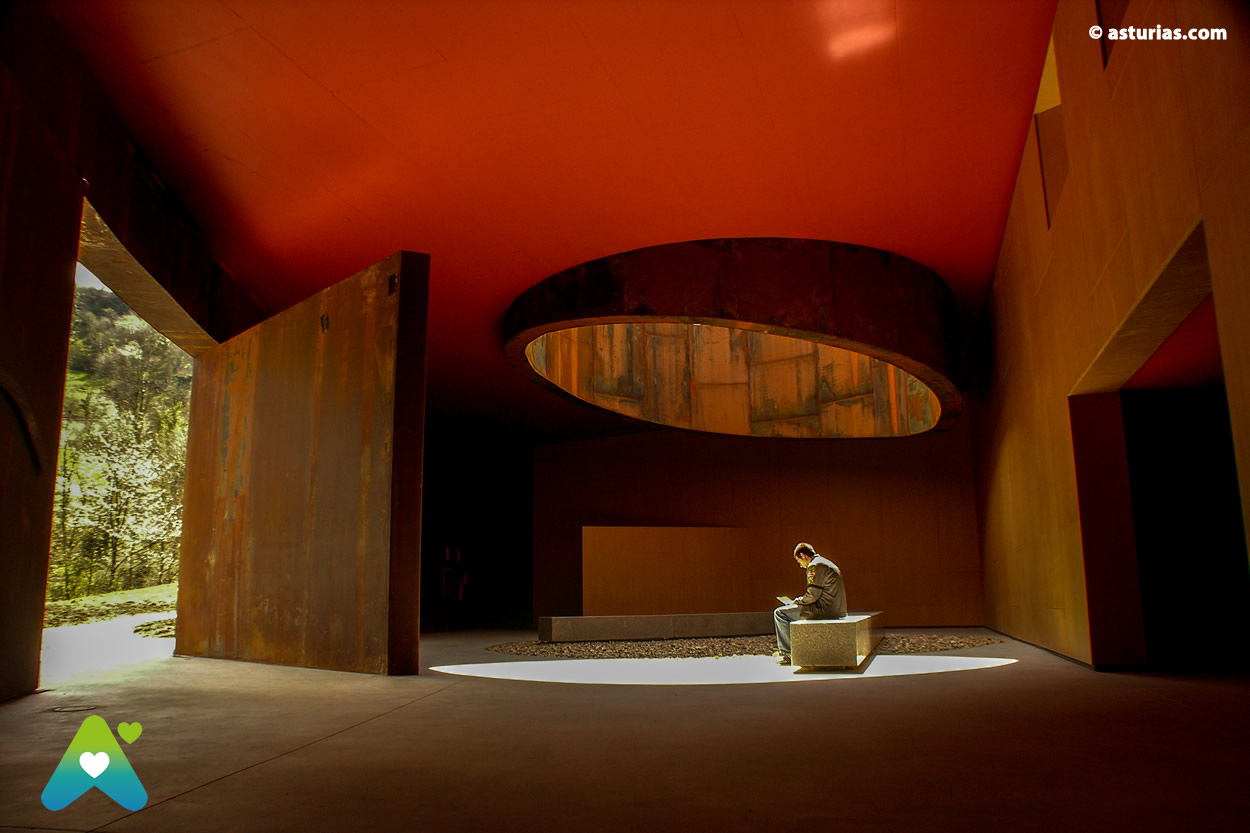 All the rock art together

All the rock art together

The Teverga Prehistory Park is the ancestral art gallery par excellence, houses the most relevant collection of rock art in Europe between 10.000 and 40.000 years old. By visiting it we obtain a very broad view of the paleolithic, and during the two hours in which, approximately, we can calculate our visit, we will get as close as possible to the details of the daily life of primitive man, empathizing with his harsh reality, sharing his way of seeing the world. In Teverga we will find that ideal space in which to start interpret with greater rigor the cultural treasure of our origins, mainly his paintings.

It was hace 40.000 años when Homo sapiens sapiens arrives in Europe. It displaces the Neanderthals and stands as the dominant species. It lives in caves and natural shelters in the final phase of the Ice Age. They are the first settlers endowed with a symbolic mentality, and that is also why the first artists. The Cantabrian cornice was a privileged scenario of this art, because after the last great glaciation, most of Europe became uninhabitable when covered by ice. The Palaeolithic was circumscribed to the limestone mountains, in which the cavities abound, and for that reason in Asturias, some forty parietal art stations have been discovered to date, some really exceptional. All styles of prehistoric painting, from the auriñaciense, that is the most remote, they are represented in the Asturian caves, to reach their maximum splendor in the brilliant magdaleniense of the riosellana Tito Bustillo Cave.

Where is the Park of Prehistory?

Located to 40 kilometers from Oviedo, in the town of San Salvador de Alesga (Teverga), the Park of Prehistory is the largest set of replicas of this exciting stage of humanity, with exact copies of the main European sites of wall painting and furniture art, all selected according to a rigorous scientific criterion and arranged through facsimile reproductions, copies, recreations, photographs, models, and reconstructions. The replicas, very reliable to the originals, are organized according to a didactic and entertaining proposal.

The location of the Park itself, in a valley of great ecological and scenic value, barely without vestiges of human activity in the vicinity, and with the underground buildings, completely camouflaged with the surroundings, makes us closer the men of the caverns. They are 25 hectares of virgin area, at the foot of the impressive Peña Sobia, in full Natural Park of Ubiñas.

The museum installation itself consists of a complex of three buildings. The first houses the visitor reception center and the cafeteria. After a short walk and crossing the Páramo River on a new bridge, we see another crescent-shaped building with vegetal cover, called The galery. After the spectacular entrance with a circular skylight open to the sky, the visitor enters an interior of a thousand square meters.

What do we find in the museum?

Inside we found a complete circuit of audiovisuals, documents, and reproductions of paintings and engravings of the Upper Palaeolithic, like the panel of Chauvet's horses or the black cow of Lascaux, both in France; the central part of the roof of the bison of Altamira (the authors of the replica are the same as those of the neocueva installed in the Altamira Museum and have worked for more than two years to obtain an exact reproduction of the paintings), the dressing room of the deer of Covalanas (Cantabria), the grotto of the Ekain bears (Basque Country), the bison of La Covaciella in Cabrales (Asturias), the panel of the signs of the Llonín cave in Peñamellera Alta (Asturias), as tools and figures from Spain, France, Germany, Austria, the Czech Republic or Russia.

In this artificial gallery we can understand a little better why paleolithic art arose, who and with what techniques did the cave paintings and what meanings have been attributed to them over the last two hundred years of research. From each cave have been chosen those paintings that best illustrate the different existing theories on the motivation of the prehistoric artist, like those that link it to a purely artistic or leisure concern, passing through those related to fecundity and hunting rites, those that attribute their authorship to shamans in altered states of consciousness, or those that conceive a totemic origin that reveres certain animals, until arriving at the structuralist interpretations, according to which the rock art is a language codified of signs and in which the cave -of feminine meaning- symbolizes all its known world.

The third property, very close to the previous one, is called Cueva de Cuevas in order to its own raison d'être, which is nothing other than to serve as a container to complete replicas of three important rock galleries. Exact copies made using natural dyes, made with the same materials as the prehistoric ones; the limestone of walls and ceilings has the same cracks and luminous reflections as the real ones, and the structure, humidity, darkness and silence have been reproduced. In a visit of about 25 minutes duration, the three rooms are covered, starting with the Gallery of the Horses of Tito Bustillo where you can appreciate the rich polychrome used in this type of representations. From this room a trip of 700 kilometers is made the Cave of Niaux, in France, to contemplate the Black Hall, where you can see more defined and perfectly outlined drawings. From this second room we return to Asturias to observe the reproduction of the Camarín de la Cueva de Candamo, where it is explained to us how those first artists not only looked for an image, but also were especially concerned with the location of their works and the relief of the walls where they were made. Throughout the visit we walk on uneven and uneven ground and the guides require, as in the original caves, flashlights to carry out their explanations.

Ultimately, "The Teverga Prehistory Park is unique and the replicas are extraordinary". That is the opinion of Jean Clottes, responsible for the scientific study of the Chauvet cave and a great connoisseur of the art of the Lascaux or Niaux caves, among others. Clottes has been a general conservator of French Heritage and is currently President of the International Committee for Rock Art.

Services:
Shop I Automated cafeteria I Parking I Playground I Green area.
Activities prior reservation: prehistoric birthdays, courses and seminars and thematic weeks of workshops.

Workshops:
Wide variety of workshops for all audiences very suitable to enjoy with family, weekends and holidays in low and medium season, and every day in high season. Duration 30 minutes. Limited places.
For group visits, both children and adults, we have tailor-made workshops for the group. Duration 1 hour and a half (1 visit time and 30 workshop minutes). Participants: minimum 10, maximum 30.

to 0,25 km The Peña Ubiña Massif is after the Picos de Europa the main mountain system of the Cantabrian Mountains. The recent declaration of Parque Natur ...

to 2,10 km Its highest point is Picu Caldoveiro, a summit that reaches an altitude of 1351 meters. An old royal road crossed the ports of Marabio, which served ...

to 4,04 km Teverga one of the most emblematic destinations of rural tourism in Asturias, the tourist offer is very complete, with multiple possibilities in which ...

to 7,94 km One of the most photographed neighborhoods is El Palacio, where there are two representative towers, the most important being the circular ...

to 10,58 km The Mirador de Santrocaya is an old barn and stone stable from the XNUMXth century that has been completely rehabilitated, combining the tradition of the architecture of...