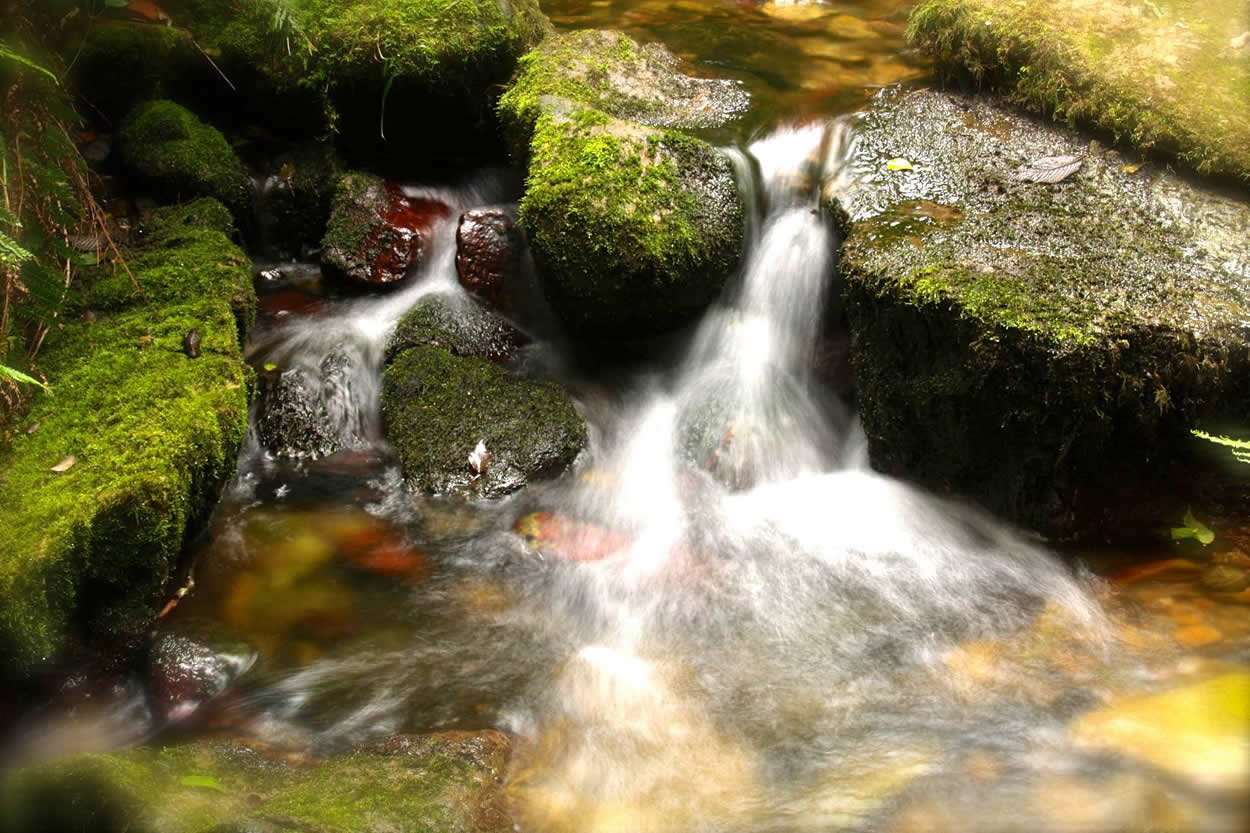 Muniellos is home to the primitive Asturian forest, its most dense idiosyncrasy. Visiting Muniellos means going back in time to rediscover what the forests of the Cantabrian mountains were like many centuries ago. Once within its limits, it is necessary to be carried away by a world in which the presence of man does not exist, where the rules and the gears of the ecosystem are the only ones that rule.

In the year 2000 was declared Biosphere Reserve by UNESCO and is currently the most protected natural area of ​​the entire Principality. To see it you have to have a special permission and only twenty people per day are allowed to visit. In addition to being the symbol of an entire region, Muniellos is also the most extensive forest in Asturias, the largest oak grove in Spain with more than 5.000 hectares, and one of the best preserved Atlantic forests in all of Europe. Access to Muniellos is almost a privilege, which makes us feel like castaways in an unusual island, located in the extreme southwest of Asturias, on the cordales that separate the councils of Ibias and Cangas del Narcea.

The forest integrates three complete mountains: Valdebois, Muniellos and La Viliella. The first is located entirely in the council of Ibias and the other two in the Cangas del Narcea. An extraordinary natural reserve contains the greatest biological diversity of the Cantabrian mountain range, with an overwhelming proliferation of fungi, lichens, as well as some 400 species of mushrooms. Oak trees of different types and up to six meters in perimeter, beech and birch, in the darkest areas, dotted by the continuous presence of holly and yew trees. Riverbank species such as ash and poplar are mixed with hazel, rowan and boxwood. Undoubtedly, its natural heritage is so immense that it deserves the authentic name of forest, an infinite forest, because although it has territorial borders, it does not have them in content or in its high degree of naturalness. Muniellos sits on a Paleozoic substrate about 500 million years old. On glacial origin can still be seen in the famous lagoons of Pico de la Candanosa, that hide between valleys, paths and peaks. The ascent to these lagoons: La Peña, Grande, Fonda and La Isla make up one of the routes of maximum interest among hiking lovers. The lagoons are located above 1.400 meters of altitude, surrounded by a circus of ancient mountains, and in its waters all the shades of the forest are reflected.

In Muniellos it rains a lot, which facilitates its constant regeneration. A very high rainfall and a temperature of 10 degrees in the mid-mountain and below 6 in the region of peaks, helps to conserve a constant basic humidity for the development of so many kinds of life in its bosom. Snow is frequent during the cold season, staying much of the winter in the higher areas and providing more vital water to this territory passed through water. The three valleys of the great forest: La Candanosa, Las Gallegas and La Zreizal, converge on the Muniellos river which, after overcoming the narrow Tablizas gorge, join the Narcea river. A multitude of streams and streams converge in these three valleys, as many as there are days in the year, according to a popular saying.

Muniellos is camouflaged in different ways to the rhythm of the seasons. The fog, the inclemency and the ice give way to spring, when the forest explodes in a thousand colors. Summer is the time of greatest influx, but the forest shows all its splendor in spring and autumn. April and May, on the one hand, and October and November, on the other, are the best months to discover it. However, winter is the best time for bird watching. the fauna: more than one hundred and sixty species to admire. The leaves have fallen, roe deer, chamois, wild boar, foxes, medium peaks or wild cats are more within reach of our binoculars although they are elusive in the recesses of the forest. Wolves, bears and foxes occupy their space in the undergrowth, more hidden from human eyes, but we do see the flight of the goshawk, occasionally the golden eagle, and the abundant presence of otters along the multiple waterways. In this territory we can also delight ourselves with the largest and most stable population of grouse in the entire Asturian mountain range.

How to get to Muniellos

To get closer by car you have to pass Cangas de Narcea until Ventanueva. The main access to this area is from the Regional Highway AS-211, which connects with the Regional Highway AS-15 at the height of Ventanueva and goes through the Puerto del Connio to San Antolín de Ibias. A scarce 3 km from Ventanueva is the town of Moal, from where a highway starts that in just over four kilometers leads to Tablizas, where the Casa del Guarda is located, who will receive us and to whom we will give the visit permit to start the tour.

How long does it take to do the Muniellos route?

There two possible itineraries, a longer, steeper and more beautiful one in which you gain more altitude and the perspectives are much wider, about 11 km, and a shorter, flatter one except for the final slope, which goes along the bottom of the valley, of about 6,5 km. Both have their origin in the Casa del Guarda and end in the Lagunas, so unless the physical faculties do not allow it, the normal and most beautiful thing is to go for the longest and return by the short. They are approximately 20 km. (7 or 8 hours) of a mountain path, you ascend a difference of about 600 m.

Visit and permits to Muniellos

Visits must be authorized by the Ministry of the Environment, allowing a maximum of 20 visitors per day. The request must be accompanied by the name, surname and ID number of each member of the group, and the owner of the group must also provide a photocopy of the ID, an address and contact telephone number.

The Whim of Marichu

to 15,48 km A spacious manor house was the birthplace of the writer of the generation of 27. Today, the house is still owned by the family. Alexander would choose the ...

to 15,54 km This museum opened its doors remodeled in July 2010, with an elliptical design, similar to a basket and integrated into the environment. The permanent exhibition ...

to 16,02 km Just a few years ago, few people could boast of having seen a bear in the wild; at most some footprint or excrement. At present, he ...

to 16,12 km Nowadays, for a decade, new producers have tried to save an enviable heritage. Although the humidity of the Cantabrian does not seem to promote ...

to 16,12 km Asturias has the privilege of still possessing forests of extraordinary beauty and enormous biological wealth, populated by hundred-year-old trees, bears or ur ...

to 16,62 km Cangas del Narcea has traditionally been isolated, poor communications and the remoteness of the large urban centers of the region have led to ...