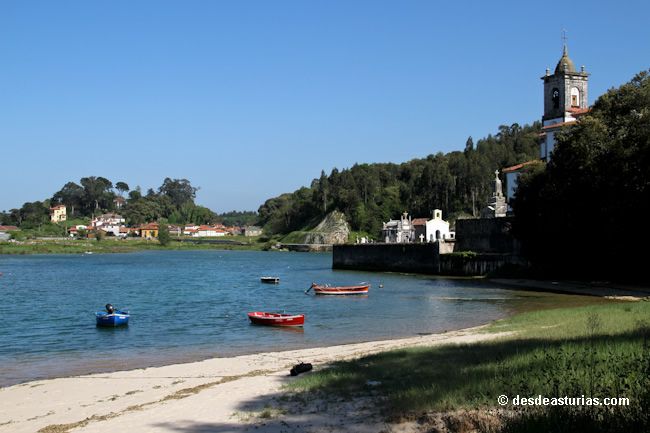 The beauty of the council of Llanes and its unbeatable lighting conditions do not go unnoticed for directors and film producers who find in this municipality an ideal set to set their cinematic stories. In addition, with the passage of time, the solvency of the Llanco landscape for the seventh art is even greater, and is endorsed by dozens of productions set in its beaches, villages, forests, mansions ... as if the idiosyncrasy of the place included a perfect props of nature and endless film possibilities. For an outdoor locator, Llanes is a bottomless well, but it is also for those who look for distinctive interiors and decorations.

The council of Llanes presents a route that includes more than twenty destinations, all scenarios in which 40 sequences of 15 feature films and two television series were shot more than XNUMX. One of the possible itineraries of this film Llanes starts in the capital of the municipality with a film by González Suárez: Spree. Feature film shot in 1977 in places like El Cercáu or the House of Culture. Without leaving the village, this review of the filmography based in Llanes takes us to the San Pedro promenade, where another regular of the llanisco set: Garci, recorded several shots of Historia de un beso. He also did it in the square of Parres Sobrino, where shots of other films like The orphanage, by JA Bayona and the series The riders of the Alba. Before leaving the urban area, we can approach the port: Because I saw you cry, by Juan de Orduña, the first feature film shot in the village. The pedestrian route ends at the beach of Toró, a backdrop of sequences such as The Stone Raft, by George Sluizer; The Grandfather, by Garci; El Detective y la muerteand Aoom, both of Suarez.

In the vicinity of the village you can make another route starting from the town of Cué, and crossing the eastern and southern part of the municipality until ending in Pancar. Film fans of Gonzalo Suárez will be able to remember scenes from The goalkeeper in the Cué Chapel; The detective and death , on the beach of La Ballota or My name is shadow, in the municipal golf course. Feature films as You are the One o The Grandfather, by José Luis Garci, become a good excuse to visit the town of Purón or the jesters of Arenillas, in Vidiago. Stop also in the town of La Borbolla, where Gutiérrez Aragón will shoot The heart of the forest, and in the palace of the Ancares, in Pancar, place where magnificent scenes of Broken Passions.

Llanes de cine, offers a tour through the central area, east and south of the municipality, with a return to the capital of Llanes, specifically to the house of Partarríu, emblematic place where the action of The Orphanage. Before, in the review of this filmography, we will have stopped at the beaches of Borizu (Remando al viento and You are the one), Barro (El Portero y La Señora), Cuevas del mar (You're the one); Poo (The orphanage and Story of a kiss); the cemetery of Niembro (the series The Lady, The Grandfather and Epilogue); the buffoons of Pría (The Lady); Posada and Lledías (The grandfather, Story of a kiss and Epilogue); Meré (Balsa de Piedra and The riders of the dawn); El Mazucu (The Stone Raft); La Pereda (The riders of the dawn).

In addition to major audiovisual works, LLanes is the scene of continuous filming of Advertising spots: automobiles, preserves, nougat, soft drinks, mobile phones, perfumes ... Advertisers also choose this privileged scenario as a perfect showcase for all kinds of commercial filming.

Basic phylography shot in the municipality of Llanes:

to 0,08 km   What to see in Llanes in one day? Within the urban nucleus of Llanes you can see the Playa del Sablón, a charming cove, clean and protected, by ...

to 0,08 km The Magdalena festivities on July 22; San Roque, on August 16, and the Guide, on September 8, are events full of devotion and rites that take place ...

to 0,16 km Solutions to mental and physical exhaustion that begin with the need to take rest for rest, looking for shelters that isolate us from ...

to 0,16 km Llanes has become a tourist exponent of the Principality. Its unusual density of beaches, 30 in 35 coastal kilometers, and its proximity to the mountain c ...

to 0,20 km Leonor and Carlos arrived in the town of Llanes after leaving Hiddelburgo 19 days before, deviating from their initial destination: Santander. The royal entourage ...

to 0,21 km Our apartments are located 100 meters from the Sablon beach, in the center of Llanes, but in a quiet area. They are new floors and all are ...