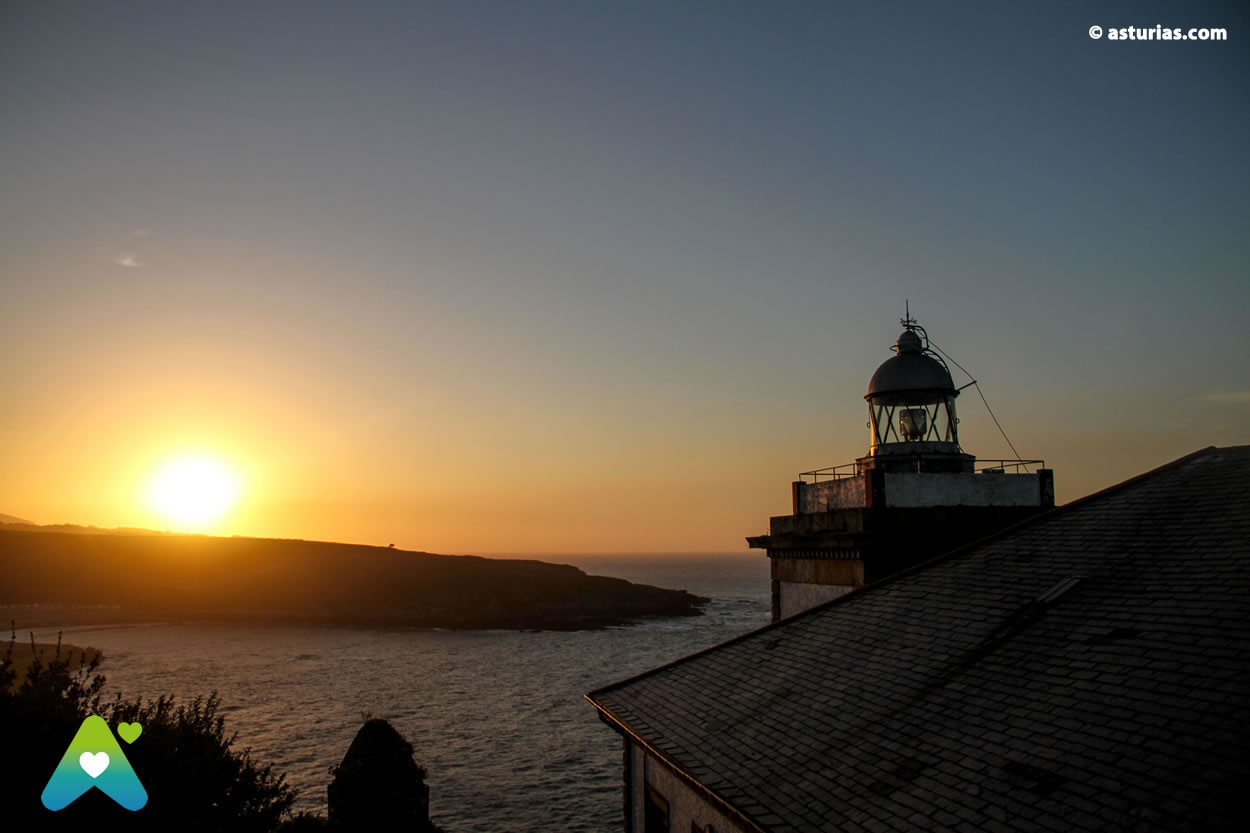 The 5 most beautiful lighthouses in Asturias

Looking at the Cantabrian

Looking at the Cantabrian

If you travel the 472 km of coastline that the Principality of Asturias has, from the westernmost part to almost reaching Cantabria, you will see that it has up to 15 lighthouses that rise on the impressive cliffs, guarding our coasts and serving as a reference for ships approaching the shoreline. In Asturias.com We have selected the 5 most beautiful lighthouses that you cannot miss on your visit to our region.

It is very difficult to be left with only 5 lighthouses from the entire Asturian coast, but we have selected these because we think they deserve a visit, for its location and surroundings, for its views ...

What lighthouses to see in Asturias?

Built in 1860 and located at Focicón point in the council of Valdés, the Luarca lighthouse is one of the first that you will find if you travel the region from west to east and make a stop in this fishing village. The lighthouse has a square base as a home for the lighthouse keeper, as well as a tower attached to the west side, and is located 65 meters above sea level; definitely, it is worth climbing its spiral stairs and enjoying the views of Luarca from the lantern of the lighthouse. Built in 1862.
Location: 43.54972, -6.53221

Continuing along the coast we find the Cabo Vidio Lighthouse, next to the town of Oviñana in the council of Cudillero. The views from this lighthouse are simply spectacular, as it is located on a cliff more than 100 meters above sea level; On clear days you can even see Cape Peñas to the east and Punta de Estaca de Bares (Galicia) to the west. Built in 1950. Location: 43.59328, -6.24284

Known as one of the most beautiful in Asturias, the Cudillero lighthouse serves as "Guardian" of this beautiful fishing village It is located at the top of the port area, protecting it to the East. Although it is not possible to visit it inside, its unique location makes this lighthouse a perfect viewpoint to enjoy the fantastic views of the Asturian coast. Built in 1858.
Location: 43.56541, -6.14469 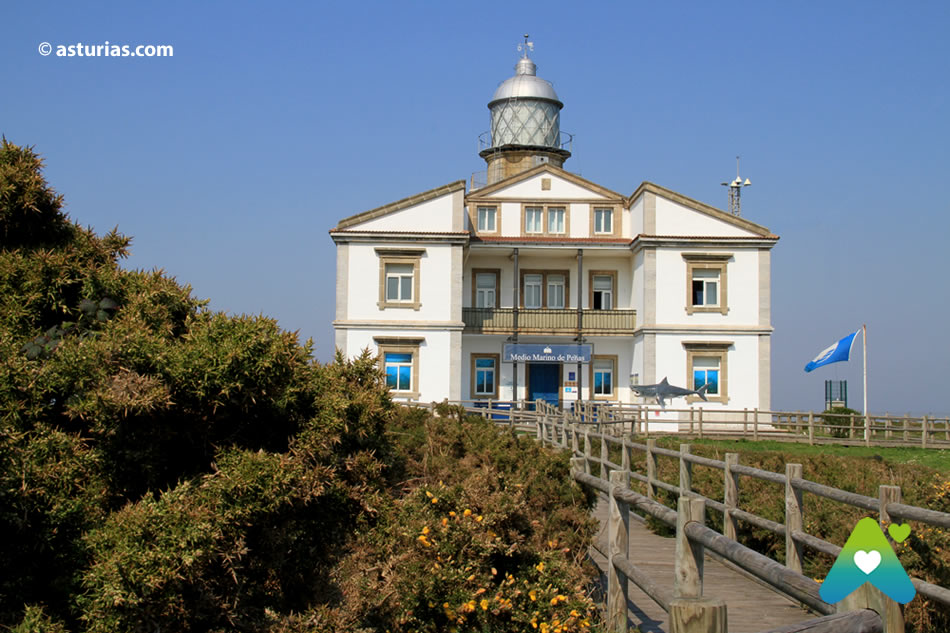 Cape Peñas, probably the most important and popular of all AsturiasAt its most prominent end, it houses the Peñas Lighthouse, illuminated for the first time in August 1852 and initially formed by a one-story building intended for lighthouse keepers and separated from the lighthouse tower. It is located in a focal plane of 118 meters above sea level; nowadays inside the building you can enjoy a museum with a marine theme and on the history of lighthouses. Built in 1852.
Location: 43.65559 -5.84856

The lighthouse of Cabo de Lastres, or Lighthouse of Lights, has the peculiarity of being the most recent of all the lighthouses in the region, as it was illuminated for the first time in July 1994. Its construction was due to the need to fill a gap in the maritime signaling between the Ribadesella and Tazones lighthouses; It is currently one of the most visited by tourists due to its numerous appearances in the television series “Doctor Mateo”, recorded in Lastres. Built in 1993.
Location: 43.53397, -5.30032 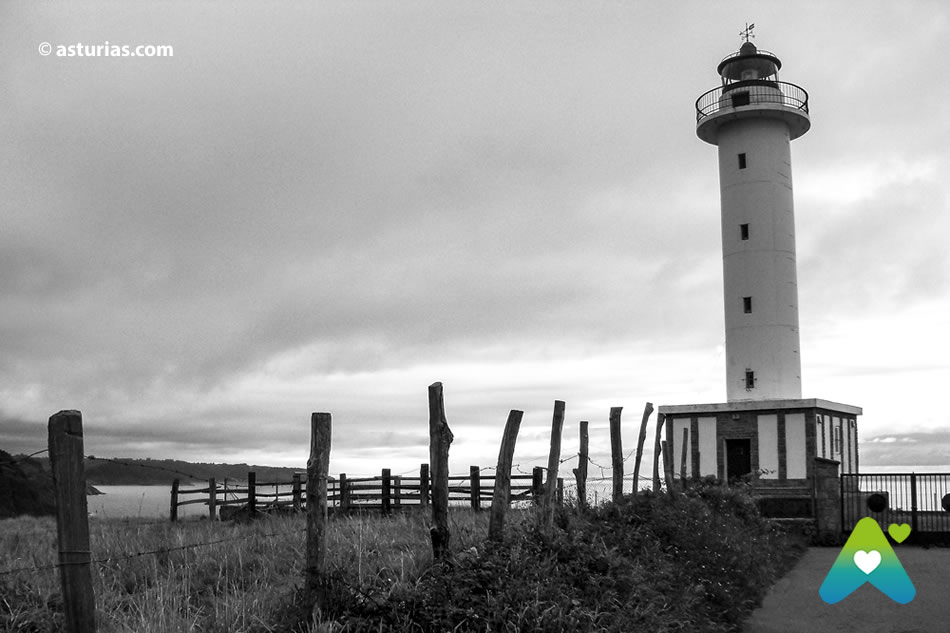 How many lighthouses does Asturias have?

On our coast there are 15 lighthouses that watch over and guard the cliffs. Normally located in privileged areas and with very varied shapes, being the oldest is Cabo Peñas, built in 1852. The most modern are those of Lastres, Cabo Vidio and San Esteban; others are more than a century and a half old: Isla de Tapia, Cabo Busto or the Llanes Lighthouse.