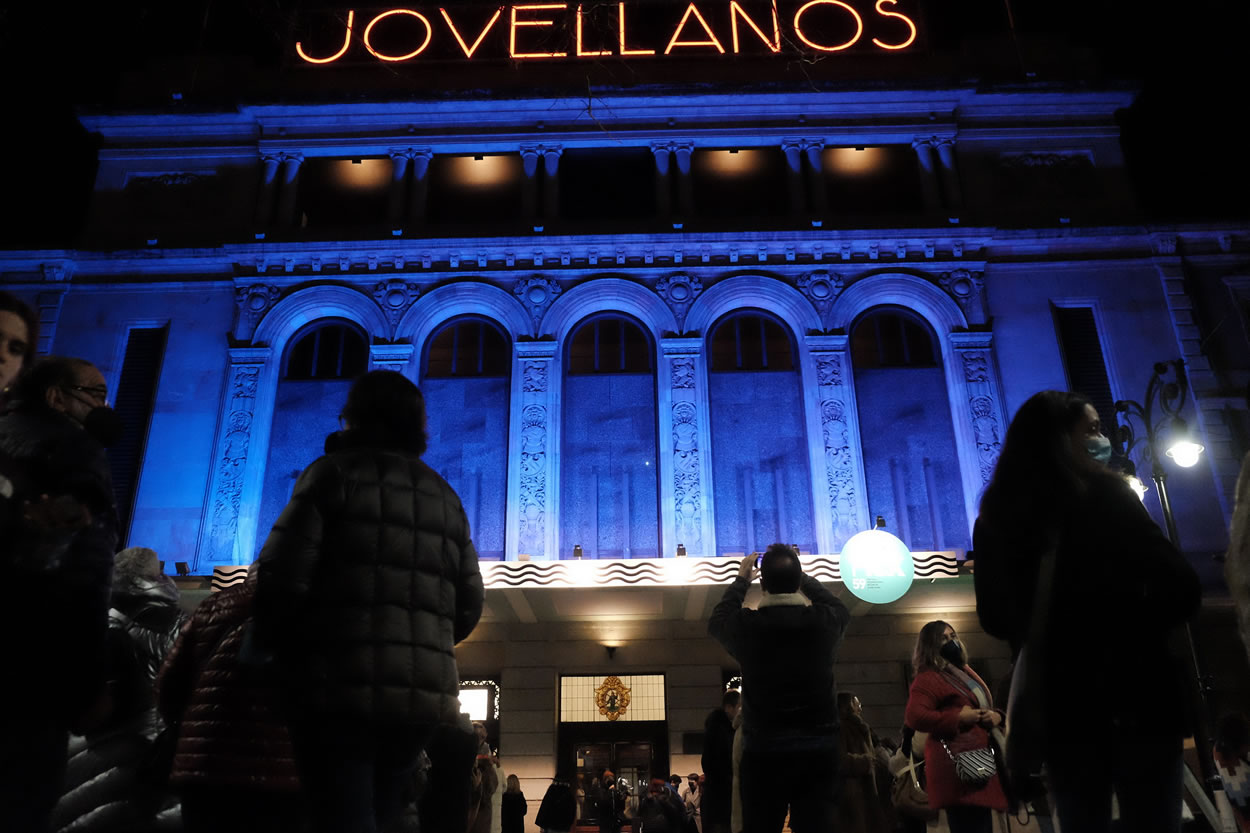 Es a festival with character, incorruptible, with an often brazen programming, full of convulsive films, aesthetic experiments and incorrect themes.

This is what the contest director defends, Alejandro Diaz Castaño, who with rigor, and surrounded by a large group of collaborators, tries to protect the jar of the essence of a different festival that approaches like no other the freshest, young and modern cinema.

The Gijón International Film Festival, with more than half a century of history, is one of the must-see events of the seventh art. Its sections are concerned with bringing to light the talent farthest from the commercial circuits.

Every year at the end of November, the city of Gijón, a city that is already modern and cosmopolitan, is infected by the independent cinematographic effluvia. For lovers of good movies it is a real delight to walk through its streets, through the wall of San Lorenzo, go to its fashionable bars and clubs and try to combine this relaxing activity with the "rush" it deserves an extensive program, with hardly a truce for more than a week. It is easy to stumble in this coming and going with directors, actors and technicians of the films that the festival calls, or attend their talks and interviews, although yes, there is not just glamor, because in Gijón the cinema is modest, almost anonymous , and praises above all the virtues of work well done, without any debt incurred with entertainment.

The festival is always loaded with a very plural agenda in which besides cinema you can enjoy live music, parallel exhibitions, colloquia, parties, and merit courses like the cycle Media Universe, jointly organized by the University of Oviedo and the International Festival, and which reflects on the mutations experienced in our way of seeing and making films after the expansive wave of digital culture and new technologies.

Everything in Gijón is imperiously present and, with the exception of cinematographic retrospectives, the festival always takes place on the basis of current events.

In addition to the official section, one of the highlights of the Festival is the section Enfants Terribles, which has become one of the benchmarks of the best international cinema aimed at the youngest. In each new edition, Enfants Terribles hosts a fortnight of feature films, including fiction, animation and documentary titles, in which new perspectives on the world of children and adolescents are offered.

There is also a section for musical documentaries: Disorder and Concert, another section more dedicated to experimental films and on the border between fiction and reality Llendes and the traditional Buckle, a kind of box of tailor in which to give vent to other proposals that do not fit at all in the rest of the sections of the contest.

The Festival awards several prizes in the different competitive sections counting on a International Jury (formed by at least five professionals from different countries), a Young Jury (constituted by young 50 between 17 and 26 years) and, from 2005, has the presence of a Jury of international critics: FIPRESCI.

See programming of films and events on the web Gijón Film Festival.

to 0,01 km The Jovellanos Theater is the first cultural reference in Gijón. Located in the heart of the city, on the busy Paseo de Begoña, we are presented ...

to 0,09 km Within Asturian cuisine, Gijón occupies a leading position, either for its signature cuisine or for its particular maritime stamp in the preparation ...

The desserts of Gijón

to 0,10 km In the city of Gijón there is a lot of llambión. No need to worry, it is not an insult. Llambión: said to be that person who likes sweet temptations ...

to 0,24 km Observing in detail the works of this museum, we suffer the typical effect of well-executed post-impressionism. The perfection and expression of the subject ...

to 0,39 km We break down here the Fiestas of Asturias according to their international, regional, regional gastronomic tourist interest, and we want to encourage you to enjoy ...

to 0,41 km We offer you a list of all the beaches with adapted services; Most have reserved parking spaces, ramps and special walkways for ...

Festival of Natural Cider of Gijón