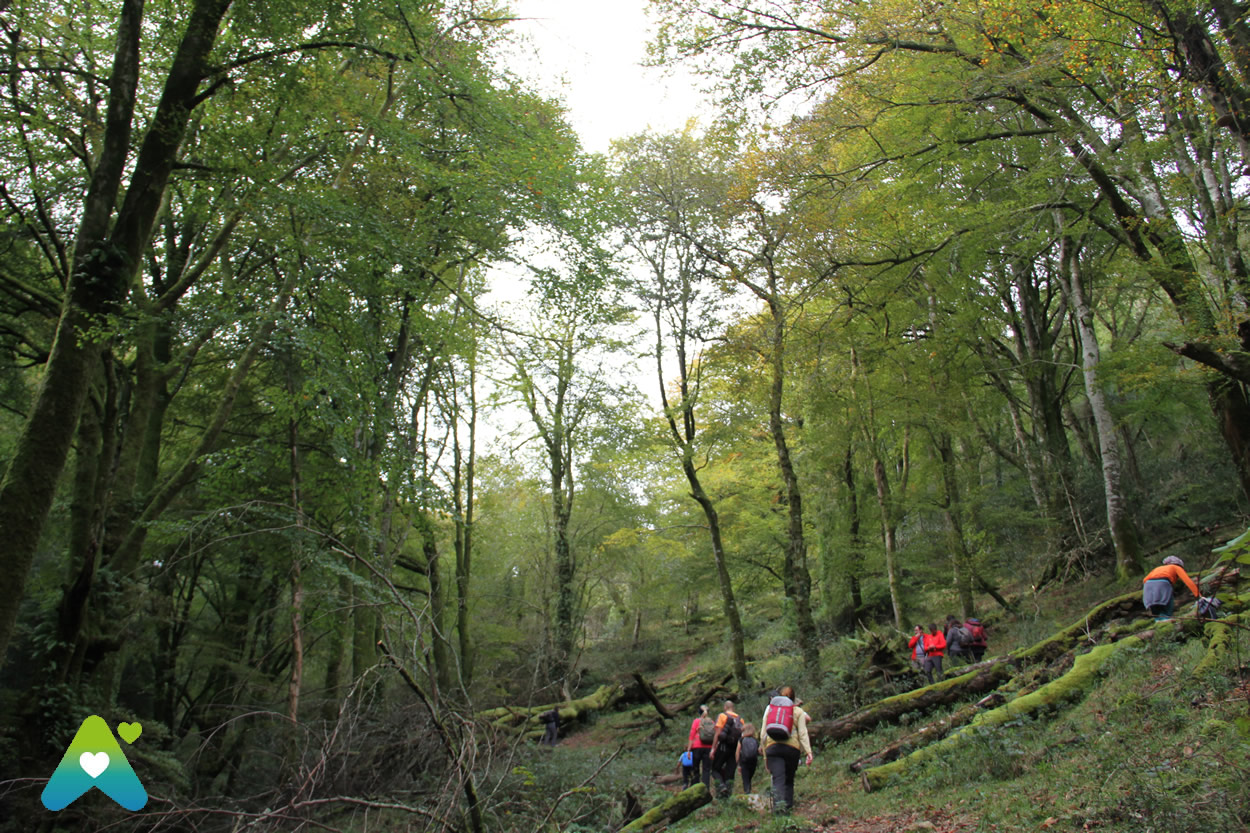 Going through the woods

Going through the woods

Although any season is good to make contact with the natural heritage of the Asturian forests, we recommend the fall. It is precisely the second fortnight of October and the first of November when the Asturian forest reaches unsuspected levels of beauty, when the kingdom of mythology becomes part of its obsolete, silent and nostalgic condition. The Asturian forest has reserved us hundreds of excursions.

More than 30 percent of the territory of the Principality is covered by forests. A good number of these are Autochthonous, and in most cases they have a remarkable degree of conservation and regeneration.

Asturias has the privilege of still possessing forests of extraordinary beauty and enormous biological wealth, populated by ancient trees, bears or capercaillies.

We should not be discouraged by the fog or the orbayu, not even by the ghostly aspect that these places often present, since a forest without humidity or silence could not be called that. Its charm lies in its own climate, in its isolation. It is best to wear appropriate clothing and footwear to explore them, including a raincoat, and thus know first-hand the kingdom of busgosu, the spirit of the forest, who according to the traditional representation has two twisted horns on his head and goat's feet. He wanders through the forest, accompanies us, and incidentally acts as a protector of trees and animals, even protecting them from hunters, lumberjacks or reckless tourists. But just in case Busgosu is not as attentive as he should be, we hikers must respect a maxim during our visit: leave everything as we have found. Asturian forests are huge museums but they don't have burglar alarms or smoke detectors, so the responsibility is absolutely human.

It is also good to learn to enjoy what surrounds us; do not be in a hurry and observe the tops of the trees, branches, lichens, fungi and small details in the immediate: animal tracks, sounds ... Many people finish the excursion hardly having raised their eyes from the ground, more concerned not to stumble than to the beauty that surrounds you at every step, but it is convenient to take a break and enjoy the surroundings.

How many trees are there in Asturias?

Some have been calculated 745 million trees in our autonomous community.

What trees are the most abundant in Asturias?

Among the most representative forest masses of our community, we discovered beech, oak, birch, carbayera, holm oak, riparian forest or cork oak.

Next we suggest you visit six of the most popular forests in Asturias. At asturias.com we challenge ourselves to gradually complete this section, adding more representative forests of our community.

It is the largest forest mass in Asturias, the largest oak forest in Spain with more than 5.000 hectares, and one of the best preserved Atlantic forests in all of Europe. In the year 2000 it was declared a Biosphere Reserve by UNESCO and is currently the most protected natural area in the entire Principality.

Muniellos is home to the primitive Asturian forest, its most dense idiosyncrasy. Visiting Muniellos means going back in time ...

It has been granted the title of Nature Reserve, as well as that of Biosphere Reserve, and it is that its impressive groves, its virgin nature, and the invaluable manipulation of the environment by the men and women who inhabit it, well deserves such an award. Its surface is 376,2 Km2.

The Network Park is located in the central-eastern mountain sector, encompassing the municipalities of Caso and ...

The 200.000 beech trees of the Peloño forest, in the municipality of Ponga, they dress fashionable, in intense green during the spring and in a sober brown color in the autumn-winter season. Its 15 square kilometers of clothing are protected (Partial Natural Reserve) and make it a unique space in Spain, a huge parasol that contains atmospheric humidity like few other places.

The interior of Monte de Peloño, this immense beech forest, houses its own vegetation, which allows the little light that ...

A beech forest that will leave us speechless by the size of the beech trees and the impressive shapes of the branches. A perfect route to discover as a family it constitutes in itself a whole classroom of nature. Located on the north face of the Sierra del Sueve, very close to the Cantabrian Sea, it is the humidity of the coast that gives it a unique picture and a very rare ecosystem among beech forests

The low elevation at which it is located (about 200 meters of altitude) makes it the beech forest that grows ...

Es the largest beech forest in the western massif of the Picos de Europa, and going into it supposes an exclusive experience: forest density, branches, crowns, leaf litter, fauna, silence. The forest is thick, tall, mossy, with spiky holly and fallen old trees. Inside, there are clearings opened by old forest exploitation that allow us to parcel it out, diversify it and position ourselves in the middle of the labyrinth.

The forest of Pome

Entering one of the most emblematic forests of the Picos de Europa is an unforgettable excursion within reach ...

Cea Forest is an arboreal mass of incredible value, a whim of nature available to everyone. We arrived at their domains after a short route and great visibility in all its sections. It is located in the Parres council, in the vicinity of the mountain Mota Cetín, and in the surroundings of the Sierra del Sueve.

The Cea Forest is a tree mass of incredible value, a whim of nature available to anyone.…

On the banks of the River Deva, between the towns of El Mazo and Buelles, in the council of Peñamellera Baja, very close to the eastern border with Cantabria, we find one of the most beautiful river plains in Asturias. declared Natural Monument, the willow grove of Buelles is a nearby jungle, a dense and wild place that allows the passage inside through a riverside path.

On the banks of the river Deva, between the towns of El Mazo and Buelles, in the council of Peñamellera Baja, very ...

It is a living space, recreated but natural as could be, which occupies 15 perfectly designed hectares of land and becomes a great exhibitor, a green and flowery microcosm in which more than 15.000 plants and trees grow, plant species from both sides of the Atlantic, including a native forest: the Carbayera de Tragamón.

A foray into the Atlantic Botanical Garden is an authentic experience, an excursion to an earthly paradise reconquered for the ... 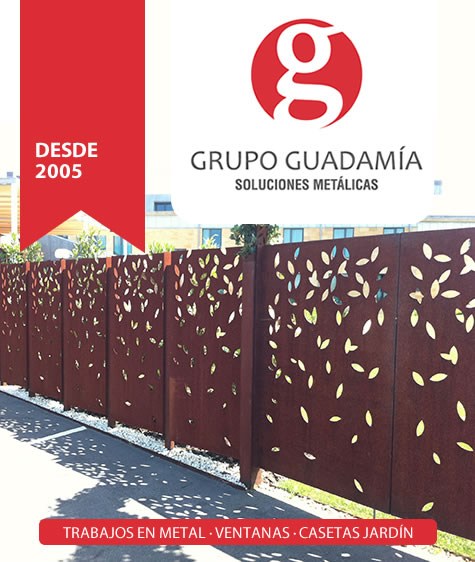 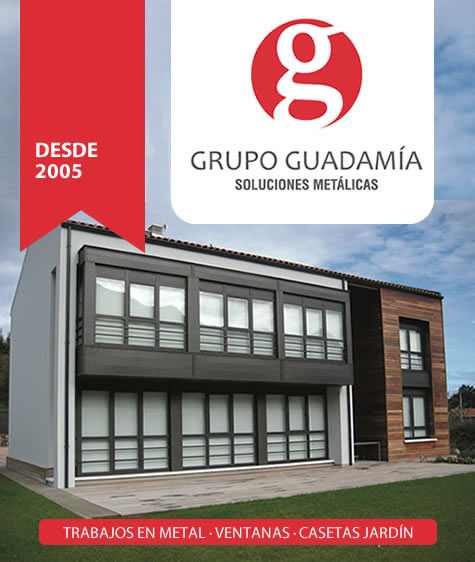 to 0,00 km Nowadays, for a decade, new producers have tried to save an enviable heritage ...

to 0,50 km Cangas del Narcea has traditionally been isolated, poor communications and remoteness from ...

to 1,01 km This museum opened its remodeled doors in July 2010, with an elliptical design, similar to a ...

to 1,94 km La Casona II is located in the central area of ​​Asturias, on the banks of the Narcea river where you can pe ...

to 6,75 km A large manor house was the birthplace of the writer of the generation of 27. Today, the house continues ...

Routes through Asturias
What to see in the center of Asturias?
Cangas de Onis
Case
Central Mountain
Muniellos
Put
Somiedo