Greenway towards the bear

Greenway towards the bear

It constitutes an ideal route for trekkers and cyclists. Its great natural and ethnographic wealth advances through tunnels and bridges that give a touch of adventure to the march. The stretch of 22 kilometers that goes from Tuñón to Entrago, always passes through paved terrain, with a protective fence, frequent sources for supplies and informative posters about the flora and fauna, the monuments of the area, alternative routes or advice.

Eleven bridges that cross the Trubia, Picarós, Teverga and Llanuces rivers have been rehabilitated here. Thanks to them we went from shore to shore. We will also go through numerous tunnels through which the train used to circulate. Some of them, with more than a hundred meters in length, are provided with light.

The best way to get to the brown bear is through the busiest greenway in Asturias. The path that bears his name comes from the mining past of this area. In the middle of the 19th century the railroad was built to transport coal from Proaza and Teverga to Trubia. A century later the road was abandoned. At present, without rails or trains, it transports sensations, sport and nature.

What are the Bears of the Bear Route called?

There are more inducements to bet on this path, as the recreational areas: a stop on the way to eat something. But perhaps the greatest attraction of this trip, at least for the youngest, is to be able to contemplate closely two bears Asturian: "Paca" and "Moli", who spend the day from one side to the other, inside on a fenced mountain next to the path. The first has lived here since 1996. The second arrived at the facilities in 2018, after Tola's death. The decision has the support of experts and biologists from the Doñana Biological Station, who consider that the two bears that live in semi-freedom will be better together because they will be able to interact with each other. At lunchtime, at 12 noon, is the best time to see them. Is The Bear of Asturias Foundation the one that takes care of everything. It deals with the feeding and care of the bears, the maintenance of the facilities and of attending to us, the visitors. In this area they have also raised a small viewpoint so that we can see the place better.

How long does it take us to do the route?

We now return to the path, which runs along the bottom of the valley next to the river, between slopes of limestone and quartzite rock and a vegetation formed by riparian forest, carbayeras and chestnut spots. If we travel the Senda del Oso by bicycle and given the small gap between the start and end points (145 m and 450 m.) it becomes a pleasant ride, accessible for cyclists of any level. The total time spent on completing the route, in both directions, will be about 3 hours. 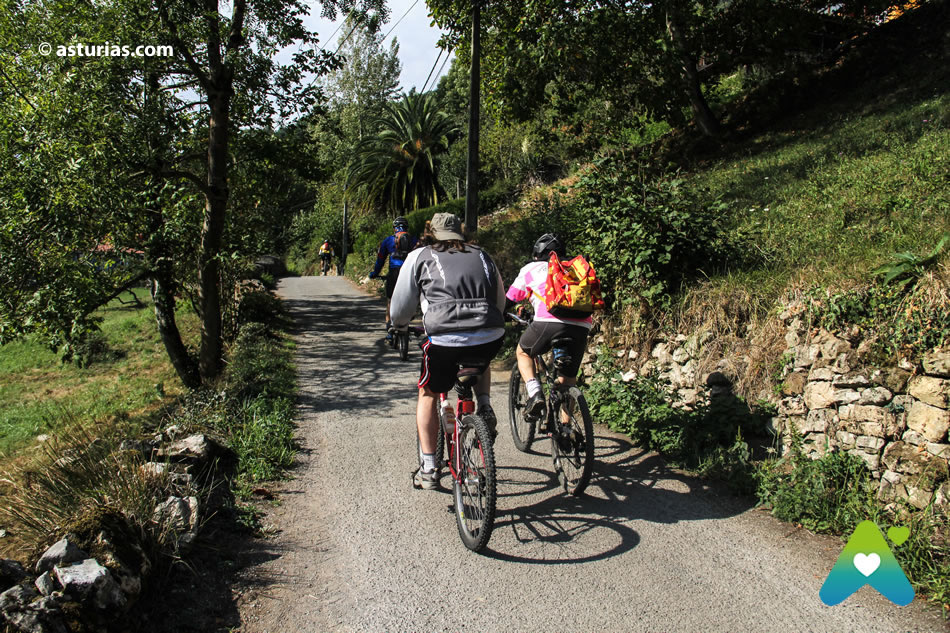 Walking It will take us much more. We must think about the return, so we will only face the kilometers that we can afford before returning for the journey. It is also possible that someone waits for us with the car at the end of the route.

How many kilometers is the Bear Route?

The itinerary has a Greek "and" form. It starts in Tuñón, municipality of Santo Adriano, passing through Villanueva - we will soon see the Cercado de los Osos and the recreational area of ​​Buyera with ample parking, sports facilities, cafeteria tables and benches to enjoy the food-, we continue to address Proaza , and to a few kilometers is the bifurcation. If we turn to the left we go to Barzana, passing through Caranga and the Valdemurio reservoir; if we deviate to the right we go to Entrago.

To make a more interpretive itinerary we recommend the first part of the path, from Tuñón (Santo Adriano) to Proaza, about 6 kilometers. We can choose a shorter route, from 2 Kilometers, taking as a starting point the recreational area of ​​Buyera, passing through the fencing and arriving at Proaza, where the House of the Bear.

Can we make the bear route by bicycle?

On the route there are several companies that offer you bike rental, but if you prefer to have the agency already planned S-cape Travel provides 4-day getaway designed for families that includes the Senda del Oso by bicycle and a walking route through Somiedo with a guide. The package price includes accommodation with breakfast, bicycle rental and the service of an official guide in Somiedo.

You will discover charming towns with their typical buildings (granaries, bread baskets, fountains, laundries ...), you will go through tunnels belonging to the old railway, astonishing gorges such as Peñas Juntas and Valdecerezales that you will not be able to resist photographing. You will find landscapes of great beauty such as the Valdemurio reservoir in the Quirós council, with different recreational areas where you can take a break. The route is perfect for families.

If you want to know first-hand routes and places like this, we recommend you buy the book «Asturadictos», written by Ana Paz Paredes, journalist and writer, specialist in rural themes of all kinds, gastronomy and tourist routes in the region. Ángel Fdez. Ortega in his book «Routes through the mountains and the roads of Asturias» proposes 31 wonderful routes to enjoy the Asturian mountains.

Proaza, one of the councils, together with Santu Adrianu, Quirós and Teberga, through which the popular Senda del ...

Access: from Oviedo (Km. 0), by the N-634 to Trubia (km.12) or taking the highway, take the county road to Proaza / Puerto de Ventana and reach the recreational area of ​​Tuñón (Km. 18), where is the Brown Bear monument and a recreational area.

to 1,29 km To do the route of the Xanas we have to have between two and three hours, it will be enough to cross this natural gorge and go around our ...

to 4,53 km It is a visitor reception center, tourist information point and has a small souvenir shop. The exhibition area has been renovated ...

to 4,95 km asturiasasturiasHere we propose routes, excursions and activities in nature to do with the little ones in the house through Asturias... Crossing in...

to 5,55 km La posada de Proaza is located in Proaza, in a rural setting of mountains. San Pedro Collegiate Church and Teverga Prehistory Park are...

to 6,06 km The itinerary around the Alfilorios begins in the village of La Carrera (400 m.), A place that we reach through the MO-5 road proce ...

to 6,26 km Throughout Spain, there are more than 2.000 kilometers of disused railway infrastructures that have been converted into cycling routes and sen ...