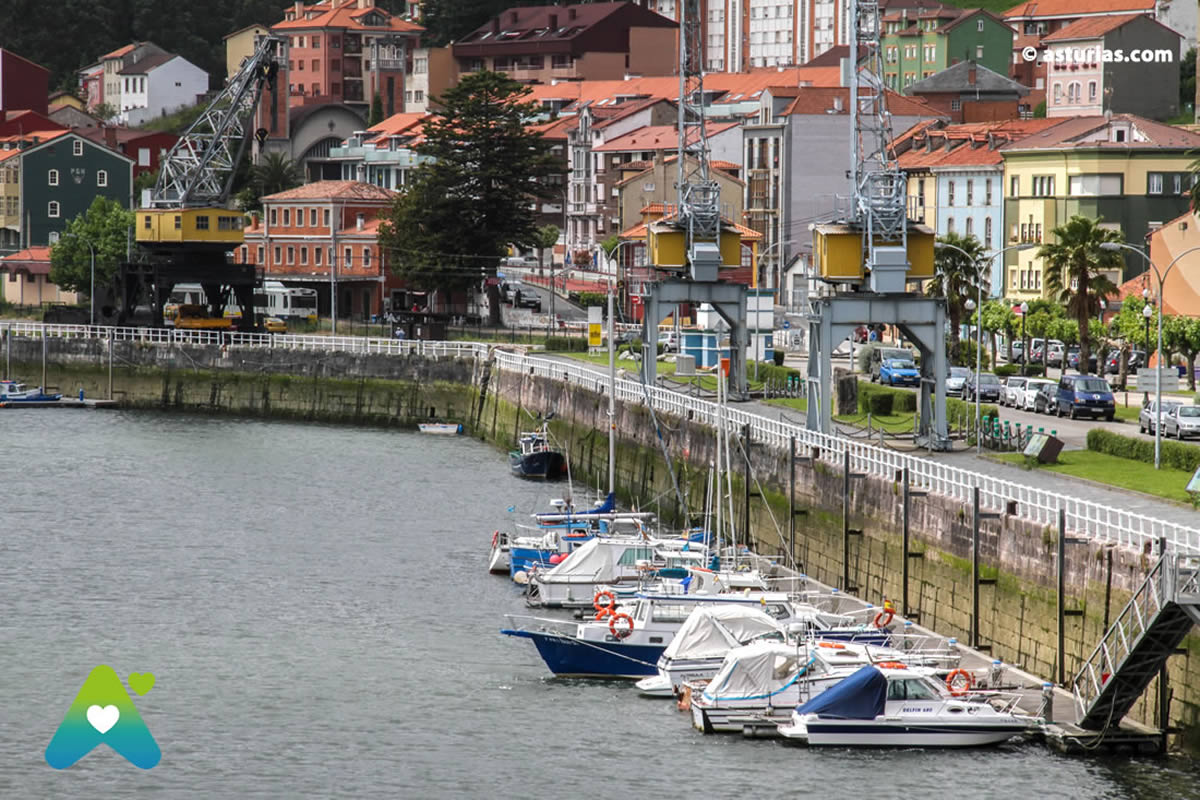 The springs with more history

The springs with more history

There was a not too distant time in which this port of San Esteban de Pravia was worked by piece during 24 hours a day, was one of the most active of the peninsula.

The old coal cranes and the large Babcock Wilcox cranes, the beautiful picture of the mouth of the most caudoloso of the Asturian rivers: El Nalón, his maritime paisanaje and an excellent gastronomy make come together in the town of San Esteban de Pravia a lot of reasons to visit it and add it to our favorite towns.

It was the year 1907 when San Esteban, this privileged town in the region of Bajó Nalón, became the first coal port in Spain. Today the centenary facilities for the shipment of ore are an essential part of the town's geography. Unusual loading docks and loading cranes remain in place to give a full account of local history and lend a certain nostalgia to the docks.

From the late nineteenth century to the mid-twentieth, in San Esteban, coal was shipped by rail from all the Asturian coal basins. Here ended the railroad promoted by the General Society of Basque Asturian Railways, popularly known as "The Basque", which served to transport the ore extracted in the mines of Quirós, Tineo, Teverga, Cangas del Narcea, Riosa, Aller and Mieres. On their docks, freighters were filled with tons of coal bound for the Altos Hornos de Vizcaya. The tugboat popularly known as "The Vaporin", is one of the vestiges of that time. Restored and protected in recent decades in Aviles and Gijón, it is usually seen by San Esteban. It was built in the same shipyards as the Titanic in the 1902 year and served in the Nalón until the 60 years. At present it is a small ship that distills romanticism; the oldest in the Cantabrian able to navigate.

The coal traffic forged a town that would not become a city due to lack of space. Its own limitations and coal cycles restricted the growth of the port, leaving it in a secondary position until its definitive decline in the seventies of the twentieth century. But the countenance carved after the bustle of its springs is difficult to erase. It takes many coal ships and thousands of freighters to Portsmouth and Bilbao to acquire character. The port as a whole is declared of historical-industrial interest and every step we take to cross it, we are assaulted by the images of its ancient splendor. 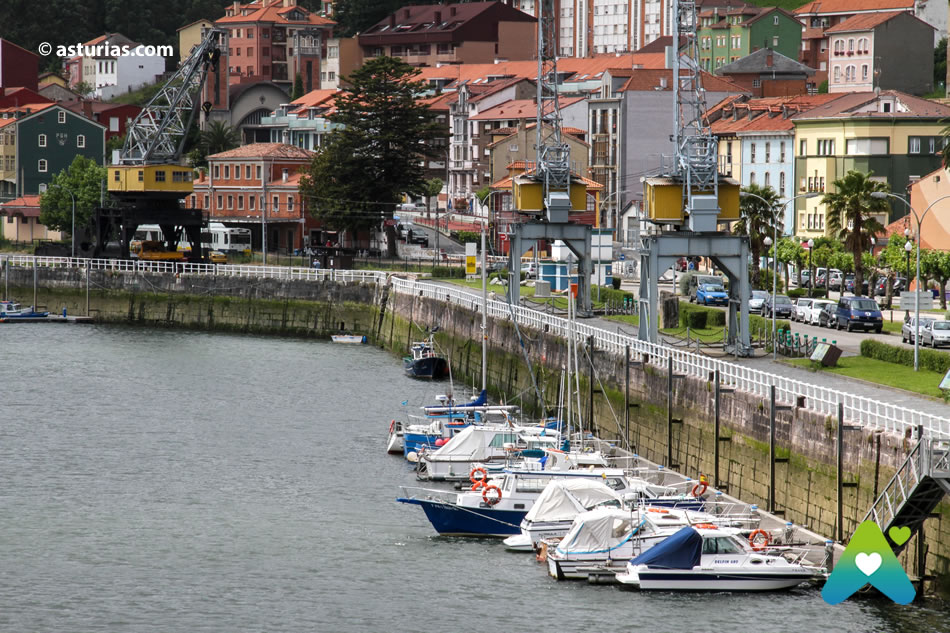 We can walk to the mouth of the estuary, discover the new facilities for maritime leisure and admire the peculiar physiognomy of a village that, engulfed in the small inlet that forms the estuary, lives protected from the ravages of the sea that follow each other side of the bar. The town has own yacht club and the special characteristics of the coast at this point make San Esteban de Pravia a ideal place for rowing, sailing, recreational and professional fishing. In the Nalón estuary, the boats link the two banks -San Esteban and San Juan de La Arena, in the neighboring municipality of Soto del Barco. This is one of the most privileged areas for angula fishing during the winter. Cloudy water, dark nights and large tides facilitate your entry. Under these conditions the capture of sea bass also increases, because this voracious species enters the port chasing the angula balls.

Seafood and fish are hallmarks here, especially the pixin (monkfish) that, on Holy Week dates, becomes the star of a high-participation gastronomic event. In the town there is a large recipe for this fish: alangostado, in salpicones, with fabas and mushrooms, casserole, in soup, as stuffing of cabbage, in stuffed potatoes, in croquettes or fried. The festivities of El Carmen, in mid-July, it serves to pay tribute to the men of the sea, with a seaman's mass in honor of the patron saint and maritime procession to bless the waters and offer a laurel wreath in memory of the deceased sailors.

What to see in San Esteban de Pravia

Another attraction for the visitor is the spectacular route of the viewpoints. We can start the route at Mirador del Espíritu Santo, in San Esteban, and finish it at Aguilar Beach (Muros del Nalón). A path without appreciable unevenness that runs along the beautiful coast and that adds some 9 kilometers between round trip. A beauty that dazzled the legendary poet Ruben Dario. The Nobel Prize enjoyed several summers in this town.

The region of Bajo Nalón As a whole, it is well worth a visit to host a multitude of scenic and heritage attractions. It includes the municipalities of Pravia, Soto del Barco, Muros del Nalón and Cudillero. With an area of ​​250,73 square kilometers, the territory is marked by the presence of the Nalón River and the beginning of the Asturian west coast. Its pre-Romanesque heritage is very prominent, not in vain King Silo moved the Asturian court of Cangas de Onís to the council of Pravia in the eighth century after Christ. The area also endured a high romanization due to gold mining.

The ease of communications will allow you to reach this region in such a only 30 minutes from Oviedo or Gijón, in 15 minutes from Avilés and only in 5 minutes from the Asturias airport.

to 2,43 km Asturian rivers flow in their upper course embedded in deep valleys and gorges, which has led to the construction of reservoirs for water ...

to 2,49 km Of fine golden sand, it is surrounded by soft cliffs and forests, with carved rocks that seem to emerge from the sand like deliberate silhouettes, s ...

to 2,72 km The region to which Soto del Barco belongs alternates mountainous systems and wide plains that open to the sea through the Nalón estuary. A f ...

to 4,91 km The word Cudillero refers to the collected form of its development. It has its origin in an organic analogy, that of the elbow. In the thirteenth century ...

to 4,93 km Town of Cudillero Houses that are staggered upwards, forming consecutive urban terraces that are gaining height; to better understand the f ...