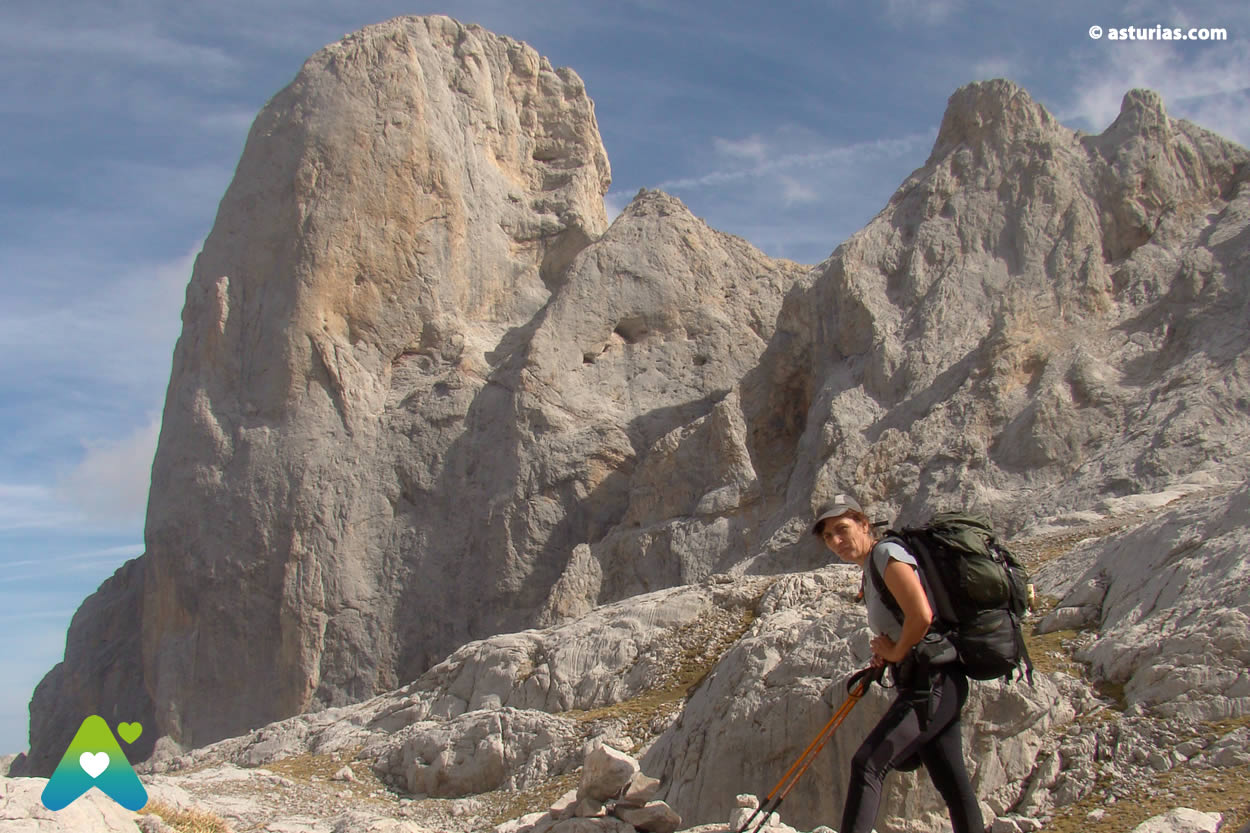 Routes to walk through Asturias

Routes to walk through Asturias

Walking through Asturias, routes and trails to discover the Asturian nature. We offer you information about some of the best known trekking, mountaineering and trekking routes in Asturias.

There are many itineraries that we can undertake to recover the visual memory of a people with nomadic vocation, dedicated to the transhumant livestock and the herding, which has sprinkled the routes of brañas and temporary pastures. We speak of a unique natural environment and some of the less populated areas of Asturias. The brañas vaqueiras of this region summon tradition and legends.

This Camino Real runs through the municipalities of Somiedo, Teverga, Belmonte de Miranda and Grado, crossing part of the protected areas of the Somiedo Natural Park, the Las Ubiñas-La Mesa Natural Park, and the Protected Landscape of Caldoveiro Peak. . In this layout there was a Roman road that connected Asturica Augusta (Astorga) with Lucus Asturum (probably the current Lugo de Llanera), and the Romans included it as an extension to the sea of ​​the Vía de la Plata. It is one of the most emblematic ancient roads of how many cross the Cantabrian Mountains.

We propose here an excursion as God intended, which we will necessarily have to cover in several sections. But the effort will be worth it...

Routes in the Center of Asturias

The gorge of the Xanas is considered as the "mini Cares". To make the route of the Xanas we have to have between two and three hours, they will be enough to cross this natural gorge and turn around our starting point.
We have to go to Villanueva, capital of the council of Santo Adriano.

The Xanas gorge is considered the

· Route of the Alba

A simple road, easy walking and little unevenness, suitable for the whole family. The route runs parallel to the Alba River by an old road of shepherds and muleteers that connected Sobrescobio with the neighboring council of Aller. His fame is also supported by the fact of being registered within the limits of Natural Park of Redes, declared a Biosphere Reserve in 2001.

It looks more like the title of a collection of poems but it is a real walk. The Alba route is one ...

The Naranjo de Bulnes, or Picu Urriellu, is a silhouette perfectly contoured in the physical center of the Picos de Europa. It has an altitude of 2.519 meters and is one of the emblematic peaks of Spanish mountaineering. All faces have a route of moderate difficulty and more or less affordable, except the West Face. To climb the latter, a high degree of preparation is needed. National Park of the Picos de Europa.

Idolized by mountain climbers, climbs to its summit are counted as feats of great merit. From time to...

· Route of the flocks

The route of the sheepfolds brings us this kind of oneiric reality, on a long path that connects Los Lagos de Covadonga and the town of Poncebos, in Cabrales, famous for being the starting point of the Ruta del Cares. The Los Lagos-Ostón-Poncebos route, this may be the fastest way to summarize a mountain route in which we will use practically all day, between 7 and 8 hours, so in addition to time permitting, we have to be physically prepared to face the excursion. National Park of the Picos de Europa.

Few greens are as intense as those of the sheepfolds and pastoral ports. Beautiful and evocative places that very…

· Route of the Cares

The path that runs through the Cares river gorge is the most spectacular and well-known hiking route in the Principality of Asturias; Without a doubt, it is the most visited of all the Picos de Europa. Privileged images along twelve kilometers that mark the division between the Western Massif of the Peaks, or the Cornión, and the Central Massif or the Urrieles. National Park of the Picos de Europa.

to 0,04 km Comfortable rural apartments located in Arenas, a town in the Picos de Europa. Its location inside the mountain and its traditional architecture ...

to 0,08 km The Hotel Picos de Europa is located in Arenas de Cabrales, a beautiful town at the eastern end of the Principality of Asturias, on the banks of the Cares River and ...

to 0,11 km S-cape Travel is an agency located in the heart of the Picos de Europa, specializing in self-guided or self-guided hiking and biking trips. Wha...

to 0,14 km Locals and tourists are within walking distance of Cabrales. Many, who still do not know him, take their first bites by fattening the ranks of Cheese followers ...

to 0,15 km We offer two tourist apartments for two people each. They are located in an old house (1779) recently restored, keeping in the ...

to 0,16 km Old house recently restored, located in Arenas de Cabrales. It has 4 beds, distributed in 2 double rooms. It also has salt ...

The route of Silence