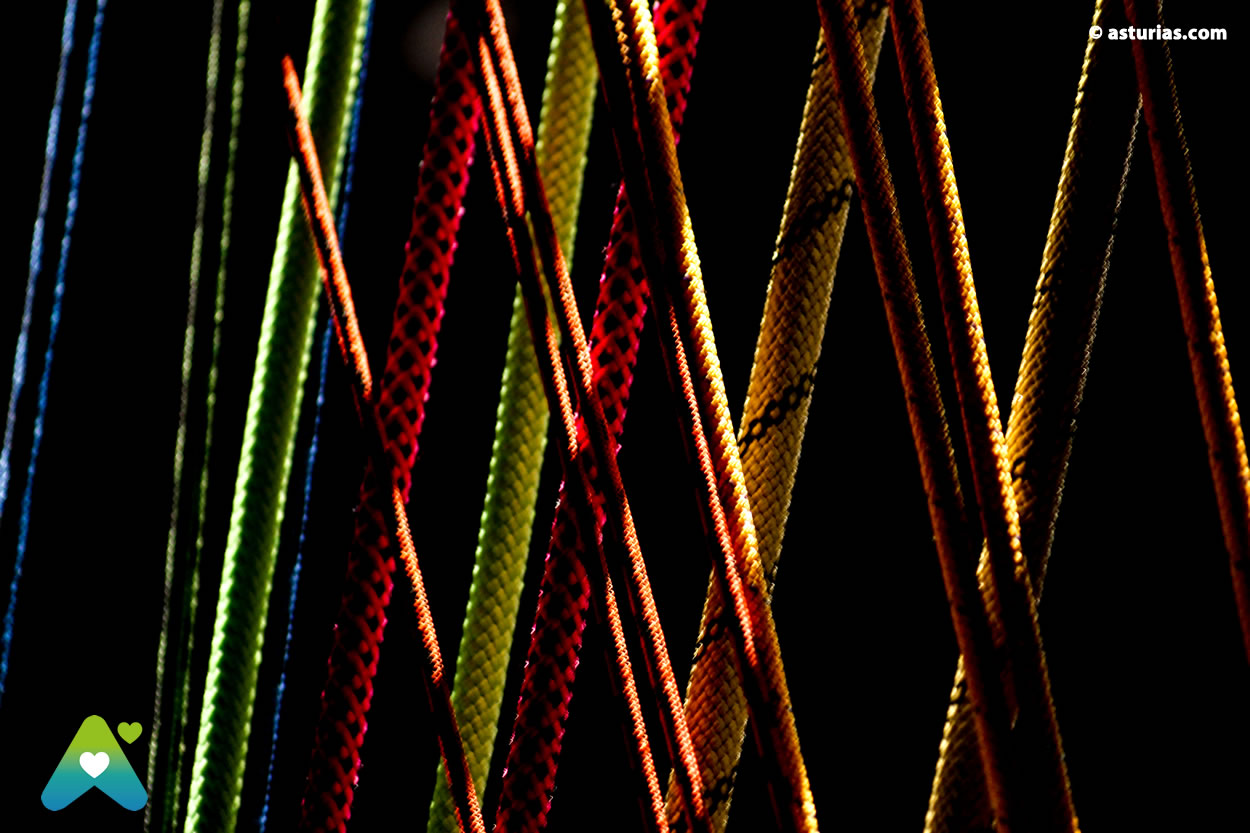 Discover one of the Paleolithic gems

Discover one of the Paleolithic gems

The rock art center of Tito Bustillo is an ideal place to get to know first hand one of the most outstanding rock formations in the world. The Cave of Tito Bustillo, declared in 2008 Heritage, it becomes more comprehensible thanks to this center, also closer and more lasting if possible.

The fact that any interested person can discover this rock treasure any day of the year, converts the center into virtual access to a cave that for conservation reasons remains closed several months a year. In addition, in the center you can enjoy artistic groups that in the Cave can not be visited because of their difficult access.

Along the route through the center, which on average does not reach hour of duration, the visitor gets to know the geological origin of the cavern, who inhabited it, how they lived and how they expressed their world in the paintings; some of them of an unprecedented symbolism in the world Magdalenian. It also abounds in the contemporary discovery of this prehistoric treasure.

What can we see at the Tito Bustillo Rock Art Center?

The 1 area of the center is dedicated exclusively to Finding the paintings in 1968 and its subsequent repercussion. A complete audio-visual compiles the testimony of four of the discoverers. It also emphasizes the figure of Celestino Fernández Bustillo, who died days after the discovery and gave his name to a cave that was traditionally known as Pozu'l Ramu.

All the tourist information of Ribadesella: accommodation, restaurants and active tourism (descent of the Sella, jet skis, etc.) in ribadesella.com

The 2 area focuses its contents on the Ardines Massif, one of the most important karst systems of the Bay of Biscay, where, besides Tito Bustillo, there are several other caves, some of which are connected with each other and with more samples of rock art. A large audio-visual model shows us the origin, the formation of this massif and an interior plan that indicates the situation of the artistic spaces and the most outstanding geological formations.

The 3 area begins his incursion in the human group that inhabited the cave. Archaeological excavations reveal an intense occupation between the 15.000 and 11.000 years. The replicas of the most relevant pieces found in these excavations are grouped according to their vital function: to make clothing, adorn themselves, hunt, eat ... In Tito Bustillo small sculptures, decorated tools such as harpoons, spears, rods or spatulas, and platelets have been found stone engraved. This exhibition area has the support of audiovisuals where the main researchers of the Cave give testimony, including the director of the surveys: Rodrigo de Balbín Behrmann.

The 4 area deals with the main panel by Tito Bustillo, showcases and panels explain how rock art was produced and a spectacular six by two meter screen allows us to observe in detail the formation of this panel, including nuances that can not be seen in the cave.

The 6 area delves into the prominence of Tito Bustillo as World Heritage, in its outstanding role in the rock art of the Cantabrian Sea and in its conservation problems. Through a large interactive table we can learn more reasons to admire this treasure that is the visible head of the Asturian Paleolithic. In this space is left record, with large replicas, unique pieces of other caves of the Principality.

En 2017 new elements have been incorporated. Among them a virtual mirror that, using video game technology, turns any visitor into a man, woman or child from Prehistory. A fun image that will appeal to young and old, who can also paint with their hands on a large touch panel that simulates a cave wall. It has also been equipped with an interactive table so that everyone can recognize the tools from the Paleolithic.

The Rock Art Center of Tito Bustillo is also a dynamic environment and through temporary exhibitions and workshops of different kinds, he wants to give a different approach to the interpretation of this heritage with didactic and recreational activities. It offers a basic offer according to season, both for individual public and personalized activities for groups and organized groups of more than 20 people with telephone reservation. Each workshop lasts approximately 45 minutes.

The cave of Tito Bustillo

Free: from 0 to 3 years old and teaching groups and official guides upon request (only for visits to the Center and the Tito Bustillo cave during opening season).
Free access day: Wednesday.

to 0,22 km Our vacation home is for full rental, with capacity for 8 guests. It is located next to the Malecón, a very quiet area in the beautiful local...

to 0,34 km Our six apartments are newly remodeled in 2014, equipped with all the comforts, to make you feel at home. There are 6 apartments of ...

to 0,36 km Located on the beachfront, residential area of ​​Ribadesella, Hotel Don Pepe has absolutely privileged views of its surroundings, ...

to 0,41 km At our feet stretches the beach of Santa Marina. It is more than just a beach, it combines heritage, history, tourism, society and ecology. ...

to 0,43 km We also observe how the river Sella, which flows into the same beach, creates one of the most beautiful estuaries in Asturias. The estuary outlines a great curve and is ...