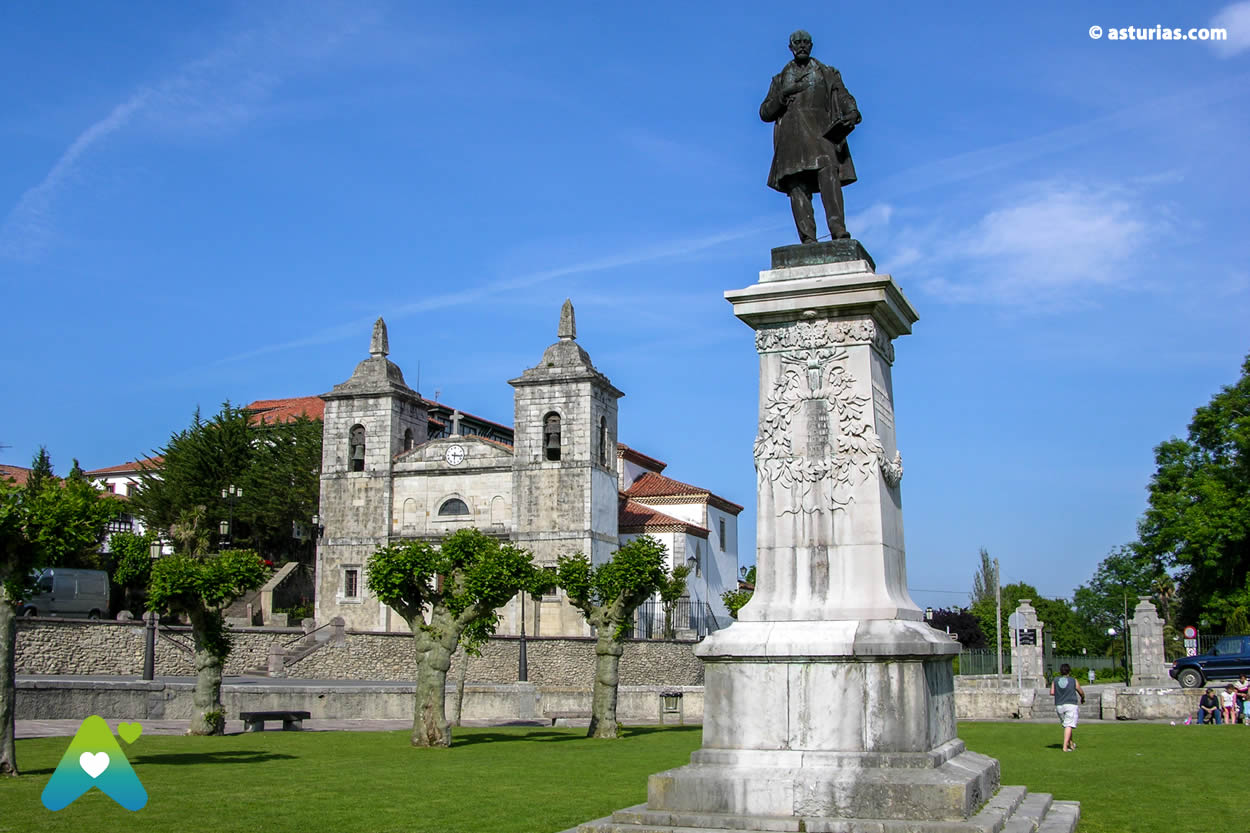 What to see and do, where to sleep, beaches ... Ribadedeva

MainMunicipalities and towns of AsturiasRibadedeva: basic information
Updated on 29 September 2022

What to see and do, where to sleep, beaches ... Ribadedeva

Small coastal council located in the ...

Small coastal council located in the easternmost tip of Asturias. The south of the council is surrounded by the impressive Sierra del Cuera, also protected landscape. The capital of the municipality is Colombres, where the Archivo de Indianos Foundation is located, the largest documentary center of the transoceanic Asturian emigration. In the town of Pimiango are the Cuevas del Pindal It preserves paintings and engravings from the Magdalenian period.

It limits to the north with the Cantabrian sea. To the south, with Peñamellera Baja. To the east, the river Deva, border of Asturias with the province of Cantabria. To the west, with Llanes.

How to get to Ribadedeva

The road N-634 it crosses the municipality from west to east. It enters Cantabria through the Bustio-Unquera bridge over the Deva, where it connects with the N-621 that leads to Panes.

In the council are abundant Paleolithic vestiges and rock paintings, as well as remains of Asturian and Neolithic settlements. In the Neolithic the area was occupied by the orgenomescos, a Cantabrian people. During the Roman period these lands became administratively dependent on Clunia (Burgos).

In the high Middle Ages, Ribadedeva and Llanes were part of the call Premorian province. It is a clear example of the remains of the monastery of Santa María de Tina. The existing necropolis in this place indicates that it was used as a cemetery before the construction of the building that today is in ruins, from the 13th century.

Mid-nineteenth century begins in Ribadedeva the phenomenon of emigration massive to America. The Archivo de Indianos located in Colombres is the best reference to know this time and the causes and consequences of emigration. Abundant in the council the large houses of Indians who built the Asturians who returned to the council, standing out for its architectural uniqueness, unique in the entire Cantabrian cornice. A clear reference to know this social phenomenon is the Archivo de Indianos de Colombres.

La Franca beach is located near the town of the same name, at the mouth of the…

Since prehistory allowed itself to be seen in the lands of today's Ribadedeva, a long time has passed, so much so that…

to 1,10 km Casa de Aldea La Llosa de Noriega is a full rental house in the beautiful town of Noriega, municipality of Ribadedeva. Located in the east of Pr ...

to 1,88 km Capital of the municipality of Ribadedeva, this town could have become an important city if the intentions of its...

to 1,97 km In Colombres, Ribadedeva, the enriched Indians radically transformed the small rural village into a modern villa, with colorful architecture ...

to 2,03 km Where is the Archivo de Indianos located? The house where the archive-museum is located was built by the immigrant to Mexico Iñigo Noriega Laso, who ...

to 2,60 km La Franca Beach is undoubtedly the most attractive and accessible beach of all the beaches in the council, and for this reason the beach par excellence of Ribade ...

to 2,89 km La Cueva del Pindal, in the beautiful village of Pimiango, was in its own way an art center, then related to mystical and supernatural affairs. Their p ...