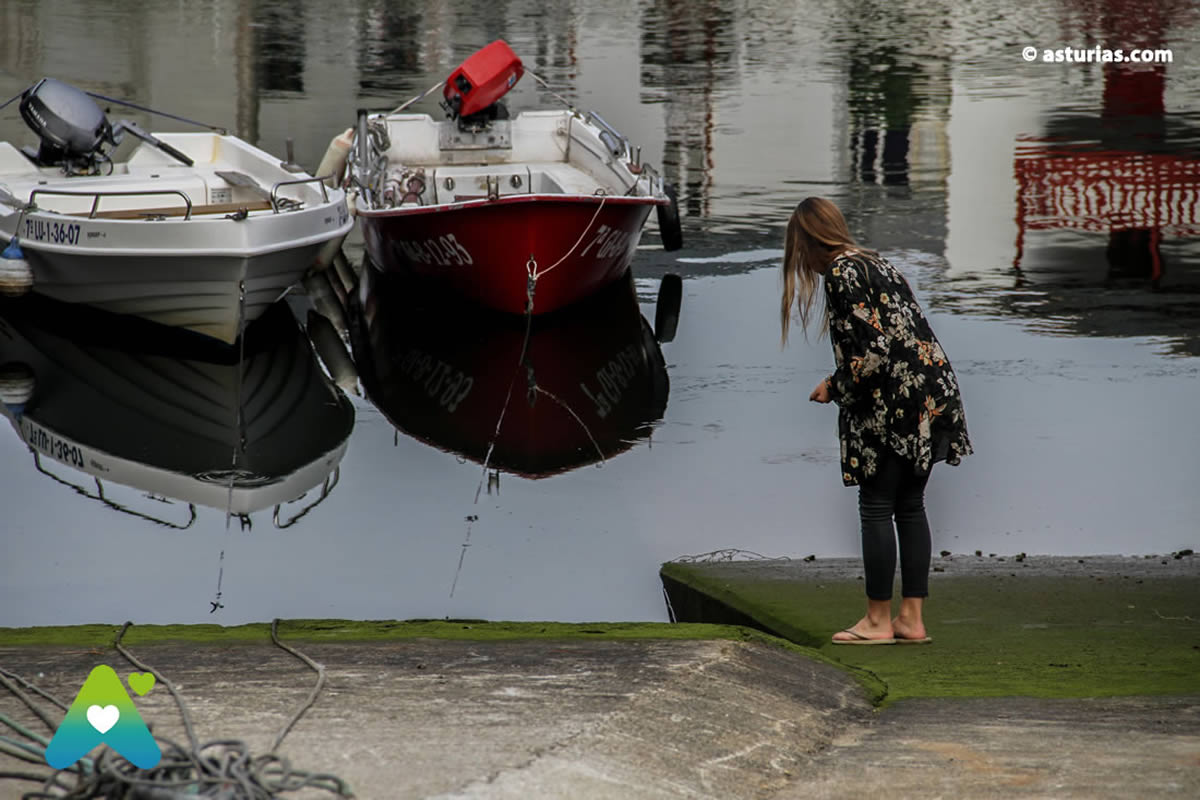 Approaching Viavélez is a real find for the traveler. This charming and recondite port seems the caprice of a miniaturist or the painting of a famous painter, with talent to capture the light and the most vivid colors. A fishing village with a well-marked estuary, surrounded by slender cliffs that has been sculpted by the most patient artist: the sea.

In the most western Asturias, in the municipality of El Franco, Viávelez is shown as a small work of art, like a model in which all the elements are at hand. A town, a port that Countess in a few square meters the essence of the most "beautiful" seaside villas in the Principality. As a good reduction, it has plenty of flavor, color and is totally pleasing to the senses.

If we observe from La Atalaya, the views of Viavélez and its surrounding coastline are mixed and the color palette is more complete and intense. From this enclave the locals saw the boats that captured whales in the Cantabrian Sea. The hunt ended with the huge cetaceans covering the port for immediate use. During the XNUMXth century, the franquino port was home to one of the most important sailing shipyards in the entire Cantabrian Sea. and an important salting factory. Not many years ago, from this port timber from the area was shipped in small ships known by the name "pataches". At the moment the activity of the port is reduced to the fishing and the brotherhood shows the name of “Santo Ángel de la Guarda”. He wake up next to the mouth of the river Vio and as the rest of the town lives in the shelter offered by Goñin de Fuera and Goñin de Adentro, points that make up the mouth of the port.

In the dock of the street Corín Tellado (Viávelez is also known to be the birthplace of this famous writer of pink novel) begins the ascent to the village through steep and winding streets. In the high part we return to admire this town of story; as if Corin Tellado herself had devised it to serve as the stage for a romantic story. Viávelez is highly recommended for couples in love.

From the pier we can also climb to a lookout that serves as the beginning of the coastal path between Viávelez and Porcía. The views from here allow the town to be seen from a new panoramic view, with Ernesto Knorr's sculptural work "Litoral" in the foreground. We can take a route to the west, towards Cabo Blanco, where one of the most outstanding maritime forts in Asturias is located. The path ends in the natural area and beach of Porcía, without a doubt a magical place in western Asturias.

Hypnotized by the color of a handful of inshore boats, some larger ship, the well-maintained facades and the small estuary, almost emerald green with good weather; we are surprised to find ourselves here, in this hidden location that also has a palace. Known as Villa San JorgeIs a Baroque-style mansion erected in 1914 at the behest of Eduardo Jardón -Argentine benefactor of the town-, who is inspired by the Castilla Palace in Paris.

On the Cantábrico highway, A-8, take the 488 exit towards N-634 La Caridad (Capital of the municipality of El Franco), which is only 1,8 km from Viavélez.

to 2,96 km This beach is about 240 meters long and 69 meters wide. Porcía beach has a deserved reputation for being one of the most beautiful in the west ...

to 7,00 km It is a complex formed by a large patio bordered by the house-dwelling, an old wood oven to bake bread, a drying rack, an outbuilding and the well ...

to 8,37 km The municipality of Tapia de Casariego is located on the western Asturian coast, in the northeast of the Iberian Peninsula. It has a total area of ​​...

to 8,42 km Eating barnacles is like eating the essence of the sea. The properties of temperature, salinity and density of the water in which it grows, as well as its richness in n ...

to 8,64 km Tapia has a lot of coastline, cliffs follow good beaches; calm waters that invite you to swim and waves rough enough for surfing. You...

to 8,74 km This natural saltwater pool is known as the Antonio Alonso Bedia “Toño del Moderno” pool and was inaugurated in 2010. Its saltwater is a...