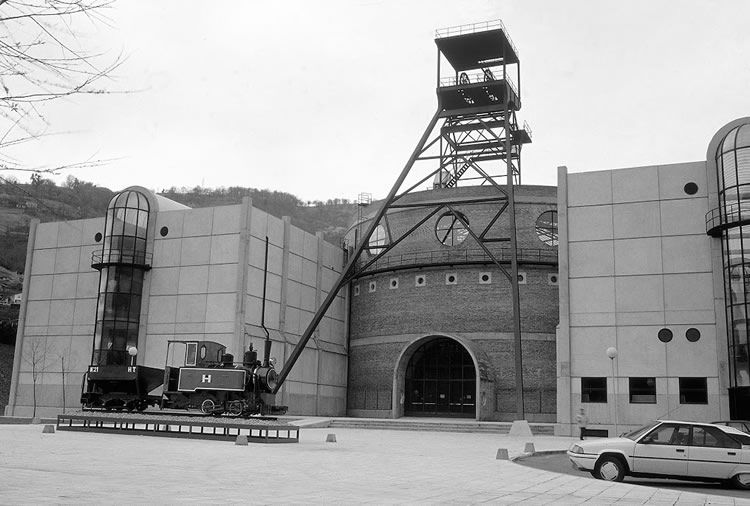 Go down to the mine

Title pageMuseums of AsturiasMining and Industry Museum –...
Updated on 15 October 2020

Go down to the mine

The wealth of the Asturian subsoil has determined the development, social conflicts, economy and political tendencies of all Asturias. Although the mining sector gradually established itself in the so-called Caudal and Nalón mining basins, the entire Principality depended in one way or another on the vicissitudes of mining.. Even in the 90s of the 70th century, after the mining crisis forced a major restructuring since the XNUMXs, including the gradual destruction of jobs, one in four Asturian workers continued to depend directly on mining.

Talking about mining is, therefore, talking about Asturias. For more than two centuries the Principality has contributed between 50 and 70% of all national coal production, being a basic energy source in Spain from the middle of the XNUMXth century to the end of the XNUMXth. It is in this industrial context, so relevant to all Asturian society, that the cultural importance of a Museum such as the MUMI (Museum of Mining and Industry), built in El Entrego (San Martin del Rey Aurelio) in 1994 and that has become the museum par excellence of the Principality, being the most visited of all Asturias, with some facilities and exceptional contents and currently complemented with the Museum of the Iron and Steel Industry (MUSI), in Langreo.

It has successfully achieved the difficult mission entrusted to it: catalog, explain, analyze and disseminate mining heritage in all its aspects and dimensions; from the power struggles to the manufacture of the first explosives; publicize the fatal dates and the deflagrations caused by firedamp while composing and deepening the camaraderie meetings that take place daily in the wells.

Unfortunately, there are many Asturians who have in their memory a relative, neighbor or friend who has lost his life in a mine or who has been affected by a chronic disease. He I work hard and the narrow galleries have also been recreated in the MUMI in an excellent way. The Mine Image It is a millimetric recreation of the conditions at work and the secrets of the real mine, the work of the workers and the threatening silences that took over the underground. The visitor can access this place through a hydraulic elevator that simulates a cage descending to a depth of 600 meters. At all times the visit is led by professional miners. Going down to the mine, with the guarantee that we are safe, does not put us directly in the shoes of the miners but it helps to understand them. We will discover all the systems for starting, extracting and transporting coal underground. As we walk through the galleries we will see the technological evolution inside the mine: underground workshops drilled by the work of the miner, the sheeters, the brushes and other intrusive techniques. We will put on our helmet and embark on an unforgettable journey to the bowels of our own "subculture".

How to get to MUMI?

The MUMI sits on the San Vicente well dump, on the banks of the Nalón river, a well that was self-managed by SOMA in the 27.000s. The building occupies a plot of 5.000 square meters and its dependencies about XNUMX. It consists of two floors that house thematic collections and hundreds of pieces of value among which we find a drainage machine of the XV century powered by human force, a steam machine with electric extraction winch of the early twentieth century; models of Newcomen and Watt steam engines; collections of Asturian minerals, collections of cartography, topography and chemistry; photographs, data, stories about coal and miners. The bathhouse reproduces not only the elements but also the atmosphere of that dependency that is an obligatory passage at the entrance and exit of the well, in which the miners talk about everyday things and which since ancient times has also been the most recurrent space of upheaval. syndicalist. We will get closer to one of the best historical collections of mine lamps, to the infirmary, we will stop to observe the Rescue Brigade, the chemical laboratories, the House of the Explosive, in which the manufacture of gunpowder and acid fulminates is forming an interesting space dedicated to the chemical industry.

The history of Asturian mining

The mining consolidation in Asturias dates back to the second half of the XNUMXth century, when the enlightened of the time encouraged the extraction of coal to make the country progress economically. Previously, in the central area of ​​Asturias, the peasants extracted coal in an artisanal way in the seams that emerged at ground level in the councils of Siero and Langreo. Little by little, Extraction companies are founded and mining wells begin to proliferate in the two large basins in central Asturias. Basins in which charcoal It had been developing in a long geological sedimentation process, favored by the presence of an environment with a lot of vegetation, which, together with a very rainy climate, constitutes the raw material for the formation of this mineral.

In this last year, 1890, there was the first general strike It took two weeks to demand a reduction of the working day to 12 hours and an increase in wages. Since then the fame and the vindictive force of the miners has increased.

The labor movement of this time is articulated from 1910 with the foundation of the SOMA (Trade Union of Mineworkers of Asturias) by Manuel Llaneza. In 1919 the 84,5% of the miners were affiliated to this union. In 1920 there were in Asturias 34.000 miners.

The Asturian mine also wrote with indelible ink part of the history of our country. The 4 of October of 1934 The Federal Executive Committee of the PSOE decrees a general strike throughout Spain to protest the entry into the government of cedista ministers, but in Asturias it becomes an entire armed insurrection. For fifteen days the forces of the PSOE, UGT, CNT, PCE and BOC take power in the center of the region, organizing a Revolutionary State. The Central Government sends the Legion and the Moorish Regulars to put down the revolutionaries. After tough confrontations, the Asturian miners lay down their arms. The repression takes over the mining basins and some 10.000 people are imprisoned, with hundreds being tortured and executed.

In asturias the civil War it also reached a great virulence due to the rancor existing since the October Revolution of the 34, being the second region with the highest number of deaths. Asturias resisted until October of 1937, date in which the national military occupies it. Then begins a brutal repression: 4.000 executed and more of 30.000 imprisoned, the miners constituting most of them.

Nevertheless, until the sixties the Asturian mining lived a good productive period, but from then on the crisis begins to become patent and the businessmen ask the Government to nationalize their companies since the losses were enormous. The solution was the entrance of the INI in the coal industry, creating the March 9 of 1967 Hulleras del Norte Sociedad Anónima (HUNOSA)

In 1980 the Government and HUNOSA agree to carry forward the plans to reduce the weight of mining in Asturias. These dates also coincide with the crises in the naval and iron and steel sectors. The situation is very serious and Asturias goes from being the sixth Spanish region (in 1955) to income per capita, to being the twenty-first (in 1985), and with a higher unemployment rate than the national average.

Industrial archeology in the Mining Valleys

The process of industrialization in the mining basins brought a disproportionate increase in the number of inhabitants in this area, as well as the uncontrolled alteration of buildings, both civil and industrial. This resulted in inhabited spaces now having characteristic elements that are unrepeatable elsewhere, such as wells, factories, warehouses, workers' houses, etc. The industrial model of the Mining Valleys: coal, steam and steel, has led to a process of recovery in the field of industrial archeology that is unique throughout the country. The presence and success of visitors to MUMI and the signaling of industrial routes has led to a recovery of an underestimated and forgotten heritage, whose value exceeds all expectations. The two paradigmatic rivers, Nalón and Caudal, are the best thread to follow the heritage of industry and mining.

to 3,97 km We are Ana and Manuel, two Asturian friends, who one fine day decided to set up an online wool store. How did the idea come about? Well, one day, Ana, art historian and hobbyist ...

to 17,35 km Geoface.es offers its clients a large group of guides experienced in travel through Asturias, ecotourism trips and scientific tourism. Our staff, with reputable re ...

to 18,09 km The NH Oviedo Principado Hotel is located in one of the streets of the old town, in front of the historic University of Oviedo, an excellent location since we are 400 meters from the c ...

to 3,98 km Traditionally, the axis of the Asturian economy has been mining and steel, with blast furnaces in La Felguera, Mieres, Avilés and Gijón. The past splendor of this activity, and the ...

to 11,15 km Fans of mycology are clear: Asturias is a mushroom paradise. At the foot of its oak and chestnut groves grow, among others, boils, catharellus and russulas; Under the...

to 11,76 km The Huevos Pintos festival - which phonetically sounds strong and guttural: Güevos Pintos - is one of the most popular and colorful festivals in Asturias. And it is for cultural and fo ...
See more things near here
Stainless steel work

Traditionally, the axis of the Asturian economy has been mining and iron and steel, with blast furnaces in La Felguera, ...