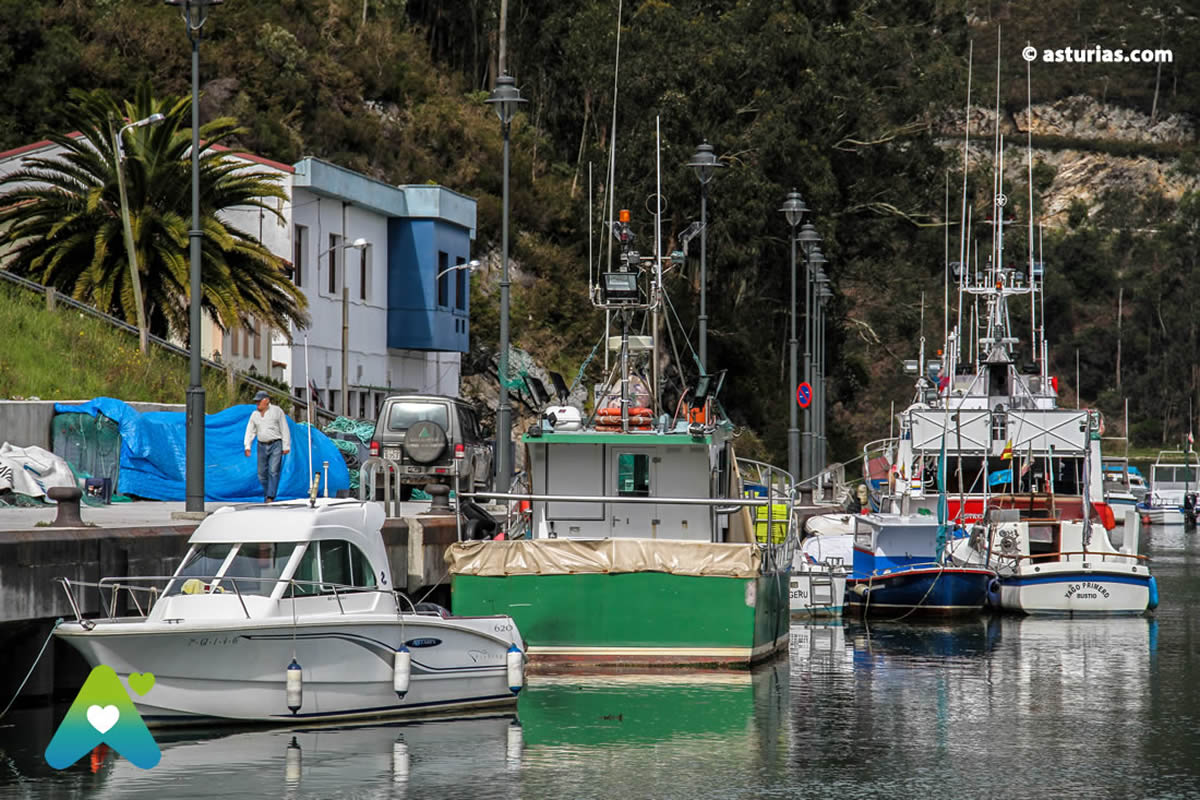 All the waters coming from the eastern, central and western part of the Picos de Europa reach the estuary of Tina Mayor. The estuary breaks the high coast and lowers its height by snaking and cutting the mountain, creating a landscape of vertigo in the immediate vicinity and an immense marshland below. The outermost part of the estuary is narrow and embedded, showing itself as a valley lined between a hard geology of quartzite and limestone.

The river Deva until it reaches its mouth in the Bay of Biscay it covers 62 kilometers. From its birth in the circus of Fuente Dé it begins to interfere in the rocky nature of the Picos de Europa and to strides and ravines it looks for the sea. The estuary of Tina Mayor is the name by which the mouth of the Deva is known, and constitutes the boundary between the provinces of Asturias and Cantabria. Before, however, the river drains and increases its flow in the Valley of the Deva, Urdón, Duje and Cares with all its tributaries on its back. An area that, being so dangerous due to currents and cliffs, once favored landings and pillage in this area of ​​the Bay of Biscay.

Its morphology comes from the last glacial period, when the sea level descended here 100 meters in relation to the current level, leading to the boxing of the Deva and the general excavation of a valley that, later, was filled with the sediments that the Deva patiently brought from your beloved Picos de Europa.

The existence of muddy plains is one of the hallmarks of this estuary. Nail marshes in which you can distinguish several levels. In the first, the low marshes are often affected by tides and currents, and from above we observe the numerous channels that have been forming sinuously. Above would be the high marshes, where the colors of reeds and reeds begin to predominate.

Together, the ecosystem Tinamayor is not indifferent to nature, which takes advantage of any bend to grow and multiply. In the surrounding hills, the forests of oaks of a species (Quercus ilex) cataloged as of special interest and that springs up in the sunny and well drained limestone rivers. The estuary, thanks to its intense fluvial influence, is also usually colonized by different acuatic birds. The reeds of the estuary serve as refuge during the breeding of birds such as the European rake, the redfish or the mallard. It has also been found the breeding of some pairs of pintoja and reed warblers, sparse nesting species in Asturias.

Another species that takes advantage of the resources of the estuary like no other is human, that apart from the fishery has found in its higher areas very fertile spaces for farming.

The estuary also administratively separates two autonomous communities, two municipalities, two localities that, however, do not see a border in the estuary but rather a meeting point for their activity. A) Yes fishermen de Bustio (Asturias) together with the cantabros of Unquera and Molleda constitute the Cooperativa de Tinamayor.

The road to Santiago

The estuary has also been a meeting point for culture, The Santiago Way that crossed the Cantabrian coast entered Asturias crossing from Unquera to Tina, stopping at the monastery (today in ruins) of Tinamayor, very close to the famous prehistoric cave of the Pindal.

Since prehistory allowed itself to be seen in the lands of today's Ribadedeva, a long time has passed, so much so that…

Finally, the place is a good tourist attraction. Very close to it, both in the East and in the West, emerge fine sand beaches and of unique beauty, highlighting the peninsula of Pechón a few kilometers from Unquera; locality this last archifamosa for its tasty ties, a puff pastry shaped like a bow tie or tie, covered in its upper layer by a real icing bath with almonds. Ideal to enjoy them in the locality of Unquera, dipping them in a succulent chocolate, which could well serve to end our route by the mouth of the Deva.

to 2,18 km Where is the Archivo de Indianos located? The house where the archive-museum is located was built by the immigrant to Mexico Iñigo Noriega Laso, who ...

to 2,23 km In Colombres, Ribadedeva, the enriched Indians radically transformed the small rural village into a modern villa, with colorful architecture ...

to 2,33 km Capital of the municipality of Ribadedeva, this town could have become an important city if the intentions of its...

to 2,36 km La Cueva del Pindal, in the beautiful village of Pimiango, was in its own way an art center, then related to mystical and supernatural affairs. Their p ...

to 4,17 km Small coastal council located in the easternmost end of Asturias. The south of the council is surrounded by the impressive Sierra del Cuera, also ...

The 5 most beautiful lighthouses in Asturias