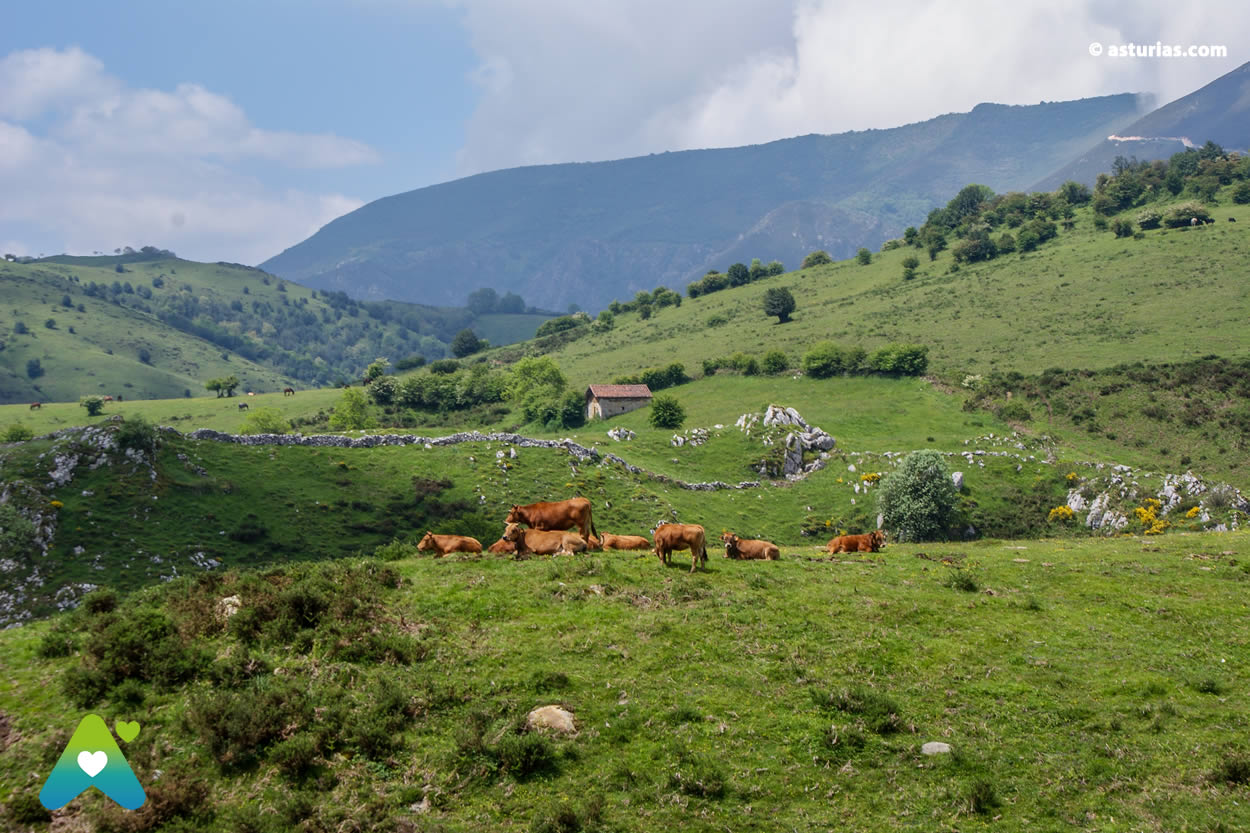 An authentic Asturian arcade. Despite its name, the ports of Marabio are not found on the tropical coast, but in an extensive mountain meadow, in the heart of Asturias, in its geographic center. A mountain range set in a mid-mountain environment that is unique in planning family outings. In Marabio different territories converge: the councils of Yernes and Tameza, Teverga and Santo Adriano.

Its maximum height is Picu Caldoveiro, summit that reaches 1351 meters of altitude. An old royal road crossed the ports of Marabio, which served as a route for the pilgrimage of the pilgrimage to Jacobean: the French road, which starting from Oviedo ascended to the ports from Sograndio to later connect with the Roman road of La Mesa and cross the mountain range through the port of the same name, in Somiedo.

On the whole, it is also about everything a hydrogeological framework of great value with sinkholes and blind valleys. A karst system that covers more than 1.225 hectares. This is one of the numerous environmental merits for which it has been declared Natural Monument of Asturias. They exist in the area multitude of underground cavities, in many occasions connected between them. This is the case in the Vegalonga system, which has an interior network close to 6.000 meters of development, or the Vistulaz Cave of 3.000 meters. There are also accumulations of surface water that give rise to beautiful lagoons such as Barrera, Vega Castro, Foslayegua or Tambaisna.

We can approach the same port by car, and once on it, choose different circuits without specifying a specific route. It involves walking through the mountains, or cycling along the many trails that start from the port and pass through the brañas and hills of the neighboring hills. In all cases we will find dreamed promontories that offer us essentially Asturian views, indigenous mountains populated with cattle. The pastures of Marabio They are frequented by the equestrian cabin, but especially by the coil. Cows raise and suckle their calves in the wild in an environment that is the best for the genetic qualities of the "Ternera Asturiana" brand, which is why there are many farmers who choose Maraibo as the ideal location for summer pastures.

When we crown Marabio ascending from Teverga, the first thing we find on our right is the small hermitage of Santa Ana, the starting point of many possible routes, which enjoys an enviable location, literally hanging over a valley that overwhelms you from the heights. From here we can start a unique journey by bicycle along one of the tracks or grazing paths that lead to the East or Southeast, and in which we will discover remains of the Roman Camín Real de la Mesa. To the south we will meet old shepherds' brañas with their cabins in ruins most, before the Sierra de Porlena or the Cueiro mountain range where the Taxa and Prau fields meet. Whatever path we take, it is difficult to get lost, as you always gain altitude and have a good perspective of the way back to the starting point. In any case, as we are always around 1.000 meters high, we must always be careful with the fog, which can be treacherous. 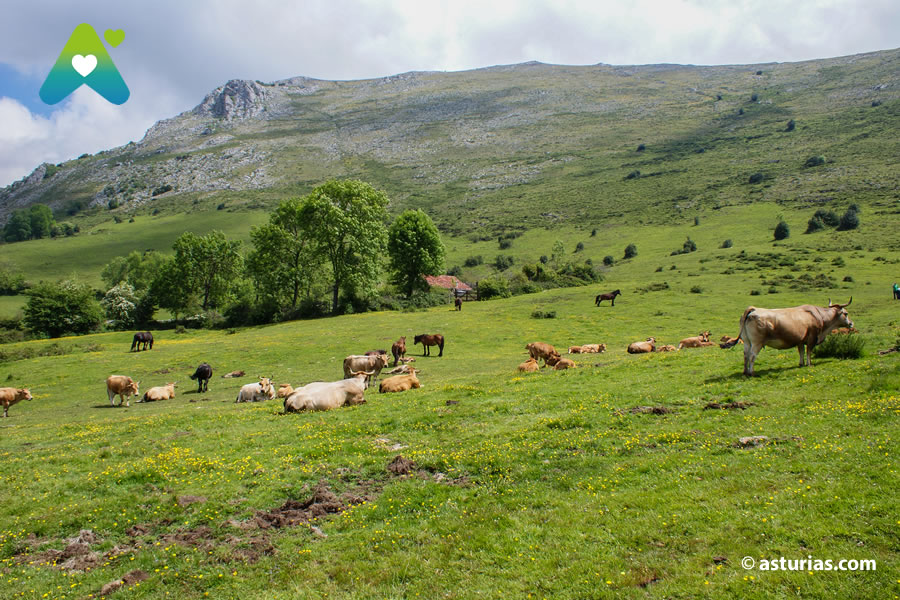 Near the mentioned hermitage of Santa Ana, on the other side of the road, there is an explanatory sign of the itinerary that runs through the Protected Landscape of Pico Caldoveiro. An obligatory route that will take us about four hours (round trip). During the first part of the route, the track runs parallel to the road, with views of the Piedralonga and Pradongo pastures at the bottom of the valley. After 2,5 kilometers of walking, the path that will lead us to the top of Pico Caldoveiro (1.357 m.) Appears next to a farmhouse. The route continues and crosses the road as it heads south, in the direction of the Braña de Villamayor (where there is a source). We continue along the track to the vicinity of the hermitage of Santa Cristina. The braña de Murias is the next objective of the excursion. There is little left to go out onto the road that goes up to the port of Marabio again, to return to the hermitage of Santa Ana, from where we initially started.

The best access to the ports of Marabio, if we come from the center of the region, is a narrow local road that starts in Entrago, in the council of Teverga through a mountain road built to serve the intense livestock activity that takes place in the ports.

to 2,10 km It was 40.000 years ago that Homo sapiens sapiens arrived in Europe. It displaces the Neanderthals and becomes the dominant species. It inhabits caves and opens ...

to 2,31 km The Peña Ubiña Massif is after the Picos de Europa the main mountain system of the Cantabrian Mountains. The recent declaration of Parque Natur ...

to 3,53 km Teverga one of the most emblematic destinations of rural tourism in Asturias, the tourist offer is very complete, with multiple possibilities in which ...

to 5,87 km One of the most photographed neighborhoods is El Palacio, where there are two representative towers, the most important being the circular ...

to 10,66 km The Mirador de Santrocaya is an old barn and stone stable from the XNUMXth century that has been completely rehabilitated, combining the tradition of the architecture of...