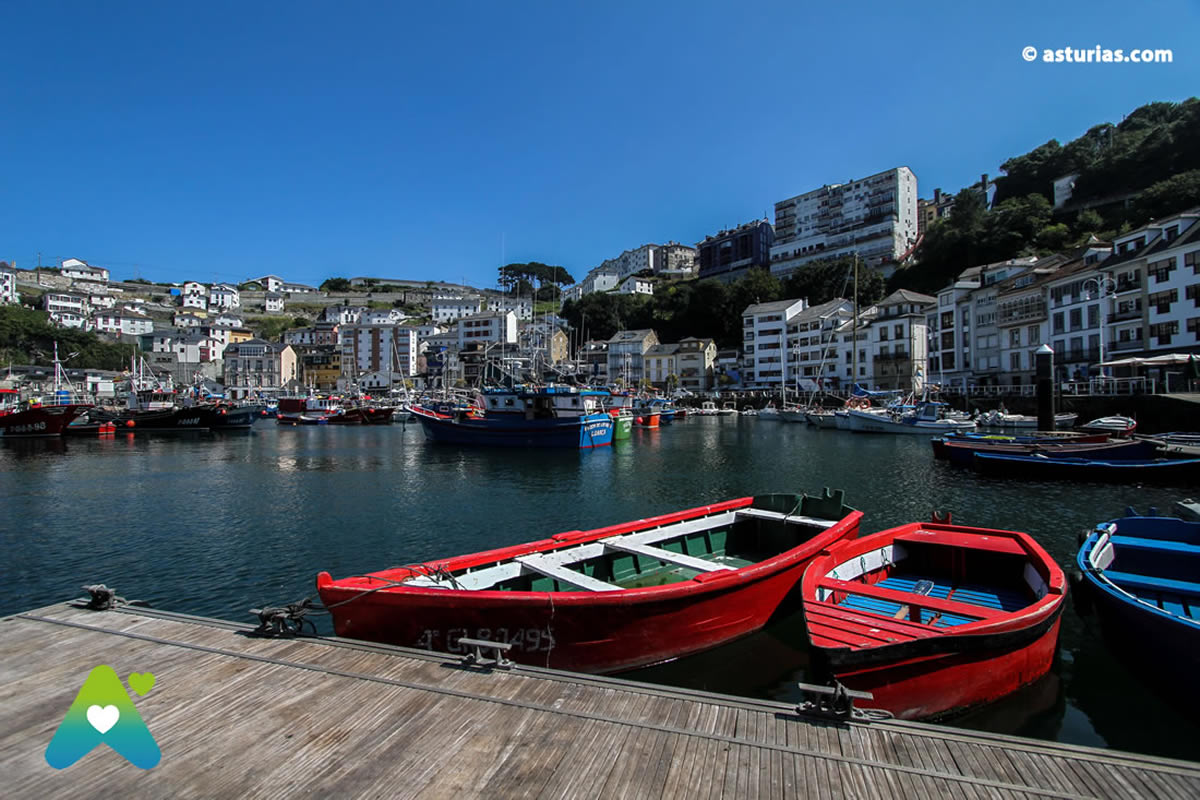 the White Villa of paradise

the White Villa of paradise

The beauty of Luarca takes the form of a large aquatic S, around which man and his initial maritime activity, now mixed, have found a millimeter-like accommodation, with a large influx of tourists in summer, when its native demographic reaches five times. It is also by merits the capital of a council, that of Valdés, which is one of the landscape and cultural references of western Asturias.

Luarca's fame has crossed many borders to become one of the most named villas in all of Asturias. Partly it has been for having as the most illustrious son Severo Ochoa, Nobel Prize in Medicine, but his fame goes beyond individualities, he has earned it also on the basis of many other merits.

The Black River it meanders continuously in its last section. This is not an estuary to use. The river does join the sea, but it does not do so openly, it seems introverted, and based on rodeos, bend and bend, finally ends up ending in the Cantabrian in a kind of sigh.

In this villa, Named for its charm as the White Villa of the Costa Verde, they differ clearly two zones. The old town houses the oldest and most traditional neighborhoods, all of medieval origin, such as The fish shop, The rail y The Camboral, that surround port and church as a great amphitheater. Inland, and on both banks of the river, we find the most contemporary Luarca aesthetically speaking. Emerged in the XIX century, is currently the place that concentrates most of the trade. From one side to the other through the town we can get to cross up to seven bridges over the river. They communicate daily the two sides of an urban helmet that, without more clues, could be a mess but that is basically simple, with great symmetry in its forms.

We can not go through Luarca without feeling the traditional mood that still retains its appearance. For start in seafood and cider This is usually a suitable site, as the chigres proliferate with a marked sea and Asturian accent. In the area of ​​the fishing port we will also find a few reasons to sit down to a more elaborate table, with restaurants of great culinary knowledge and the smell of the sea in all its corners. 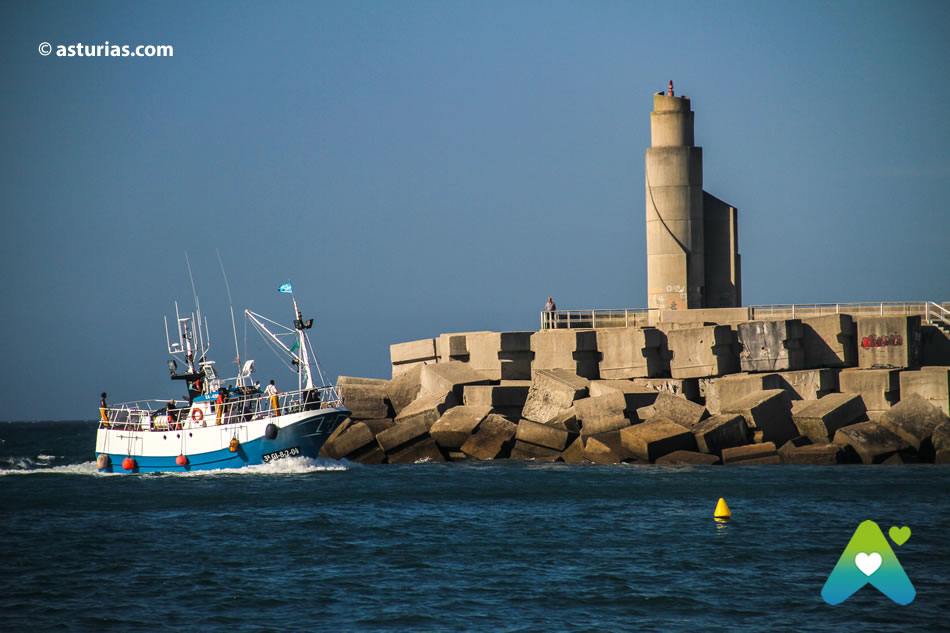 The traveler can witness live the return of fishing boats. The day's catch will be auctioned off at the fish market at around three o'clock in the afternoon, and there it can be checked insitu that the deep seafaring vocation it really exists and is not just appearance. You can still breathe the union and corporate spirit of this activity that came to have the well-known Table of Seafarers and Sailors, where the sailors, democratically, on bad weather days, made the decision to go to sea or not.

The sea is inseparable from Luarca no matter how times change. The people carry it in their soul. In fact the shellfish culture was already practiced here in the last Paleolithic stage, specifically in the so-called Asturian, of which there are relevant findings throughout the municipality. 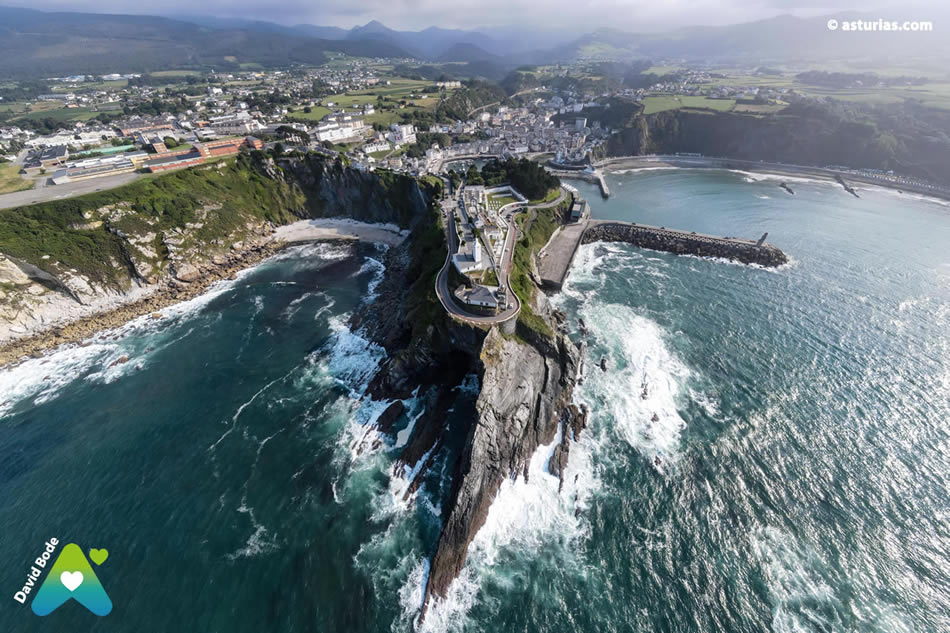 The sea as fishing and sustenance but also as a horizon and as a scenario of battles. The warlike convulsions, initiated with the Norman invasions of the ninth century, have left traces like the fortifications of the Watchtower, an exceptional lookout.

How many beaches does Luarca have?

We see a bird's eye view as the Black River flows into the first of its three urban beaches, known as: Primera beach, Segunda beach and Salinas beach. The coast is rocky, with the presence of forests in the immediate vicinity and a temperate green with balanced profiles and an abundance of valleys that invite contemplation. They highlight the Otur beaches, Barayo, cadavedo y portizuelo.

Located at the western end of the council of Valdés, it is in the vicinity of the town of Otur, and ...

This sandbank of almost 700 meters is a kind of climax to a nature reserve that exceeds 3 kilometers...

What to see in Luarca?

In the same municipality, and a little further from the coast, we discover levels that exceed XNUMX meters of altitude. The reasons to visit Luarca and its council abound, among others its towns, from vaqueiros territories in the parish of Trevías to old whaling ports such as Cadavedo.

If you opt for culture you will find in Luarca the ideal starting point. The Neolithic culture is abundant in the vicinity, with the presence of castros. We also find Roman and medieval archeology. Of the artistic heritage we will highlight the palaces of the Marquises of Gamoneda and Ferrera, the tower and mansion of Villademoros, as well as the villas of the Indians: Argentina, Excelsior, Tarsila, Hilda, Rosita ...

From its history, Luarca has learned to be vital and boisterous. You can not ignore events as fervent and multitudinous as the holidays of San Timoteo (of the 22 of August) or the Easter of Luarquina, happening through the pagan celebrations, with a famous Antroxu's menu (Carnival) this time debtor of its peasant cuisine: sausages, mincemeat, pot, frixuelos and arroz con leche.

San Timoteo is one of the most populous and fun pilgrimages in Asturias. With a singular Saint who receives everything ...

to 0,39 km The giant squid really exists and is scientifically known as Architeuthis. It is the largest invertebrate in the world. According to studies, it can...

to 1,42 km There are few precedents in religious festivals in recent decades in which the festival has been sought first because yes, the day, the apology for...

to 5,14 km The beach is six hundred meters long with sand and rocky areas and dunes. The western area is called Las Barqueras, and the eastern area Castro...

to 6,42 km Manor house from the beginning of the century, rehabilitated, located in the Esva Valley, where the river already rests to join the sea at Cueva beach. ...

to 6,67 km There are 20 kilometers of route between Barayo beach and the town of Navia: PR-AS 293. The path is marked and signposted at all times, so...

to 6,91 km The Barayo River forms an estuary complex at its mouth where we find other privileged habitats, such as the beach and its dunes ...