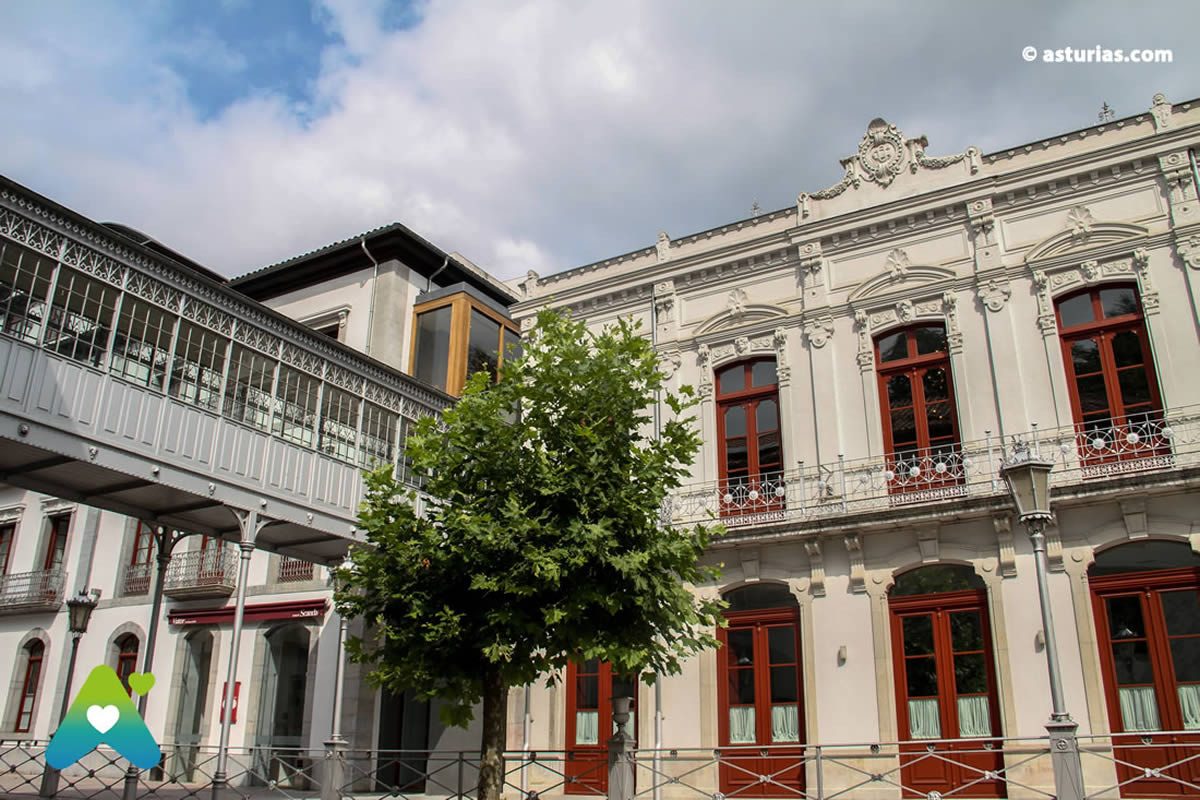 The thermal villa in Las Caldas

MainRoutes through AsturiasLas Caldas: the Spa of Asturias
Updated on 3 March 2022

The thermal villa in Las Caldas

The town of Las Caldas, besides its warm waters, treasures an immaculate environment where nothing suggests the proximity of the city of Oviedo. We find here different protected areas, greenways, large areas of native trees and Asturian landscape in all its splendor.

The small inhabited nucleus keeps its proportions, its architecture and its walks in line with the influence that the spa life He created extramuros.

As its name suggests, the town of Las Caldas, just 9 kilometers from the Asturian capital, is a full-fledged thermal town. United since the XNUMXth century to its Spa, the environment conserves that magical and nostalgic essence that the thermal spaces possess. Associated with health and bourgeois leisure during the nineteenth century, a source of romantic legends, the cradle of intellectuals and, above all, a privileged place of rest, spas such as Las Caldas continue to invite relaxation today.

Currently, after decades of neglect, Las Caldas is trying to resume its "vacation" pulse with a substantial rehabilitation of its spa. The comprehensive action was developed on an area of ​​more than 32.000 square meters. In this space there is today a five-star hotel with 171 rooms, a spa, a convention and services building and a leisure-thermal center. The project aims to create a reference spa in Spain in which the "hall of mirrors" will stand out: an authentic jewel of the time whose original appearance will be preserved.

The history of the Spa de las Caldas started at 1772 with a project in which the thermal water pipeline was carried out, the construction of a building with bathrooms and rooms so that the sick could use their water. In the nineteenth century it was transformed and reached its peak. However, from the first third of the last century it underwent a progressive decline, so that Las Caldas only remained open in the summer, until in 2004 it closed its doors definitively.

The current concept of health tourism, that conceives the thermal stations not only as a therapeutic center, but also preventive and an ideal place for leisure, has caused the baths to open their doors again. The waters of Las Caldas they will return to serve for the health and the corporal beauty thanks to their oligometálicas, calcic, magésicas, bicarbonatadas and radioactive properties; especially valid for rheumatism, diseases of the respiratory system and neurological diseases.

Apart from the restrooms, and while the spa rehabilitation is completed, the surroundings of the village have enough attractions to merit a close visit. The monumental Priorio Castle, located on a hill over the Nalón valley, is a crenellated legend fortress, with two proud towers flanking it, half hidden by the trees and surrounded by the river Gafo. It was built in the nineteenth century on the ruins of a historic building from the time of Alfonso II. It was owned by the bishopric of Oviedo and is now privately owned.

The temple of San Juan de Priorio It is an excellent example of Asturian Romanesque. Highlights the cover, unique in Asturias, with tympanum decorated in it that sculpted the vision of the Maiestas according to the biblical texts. Christ, sitting on the throne, as sovereign of the world, imparts the blessing with the index, middle and thumb fingers.

The Cave of the Caldas It is another important claim. It is a protected area of ​​barely 600 meters deep that serves as habitat to a colony of bats classified as threatened species. This same cavern, as a result of excavations carried out since the early seventies, is rated, no less, as one of the most important sites of the Upper Paleolithic of the entire region, highlighted by a wide stratigraphic sequence that goes from the Solutrean to the Magdalenian , especially productive in movable art.

Very close to Las Caldas, Fuso de la Reina has become a destination for numerous walkers and cyclists who walk a crosswalk that takes advantage of the old layout of the railway. Is a greenway of more than 25 Kilometers that passes between the councils of Oviedo and Tuñón. To complete it you have to cross 8 tunnels and 3 bridges. The route connects with the Vía Verde: the Senda del Oso to Fuso, through the original railway line and a series of rural roads. At various points have been installed tables with benches to rest or stop to eat / snack.

In the town of Las Caldas you can enjoy establishments of quality hotel management contrasted. there are also modern leisure facilities: Golf course and public pool.

If accessed by the A-66 highway (Oviedo-León) from Gijón, Aviles or Santander we must, before arriving in Oviedo, at the fork located at 5 Km., take the direction Oviedo Ronda Interior, León and then take the exit 31 Grado-La Espina. Once in it, we take the exit 4, N-634, Oviedo West. We will cross two roundabouts in which we must continue direction Grado-La Espina. At 300 meters we turn left: direction Las Caldas, by the As-322.

to 0,50 km Throughout Spain, there are more than 2.000 kilometers of disused railway infrastructures that have been converted into cycling routes and sen ...

to 2,67 km Village house from the middle of the 19th century rebuilt respecting the traditional architecture of Asturias. You will find us in Sograndio, an exemplary town in XNUMX ...

to 2,82 km We pass you the list of the towns awarded with the Exemplary Town of Asturias award since the start of these awards. 1990 Sa...

to 2,82 km Recently built village house, in which you can enjoy a ground floor for garage or games, a full kitchen, large living room with TV, after ...

to 2,88 km Just 5 kilometers from Oviedo, the Asturian village has one of its greatest ethnographic glories in the town of Bueño (Ribera de Arriba). With close ...

to 3,27 km Beyond the existing typologies in the Iberian Peninsula, aerial granaries on feet are found all over the world that are, in whole or in part, mo ...