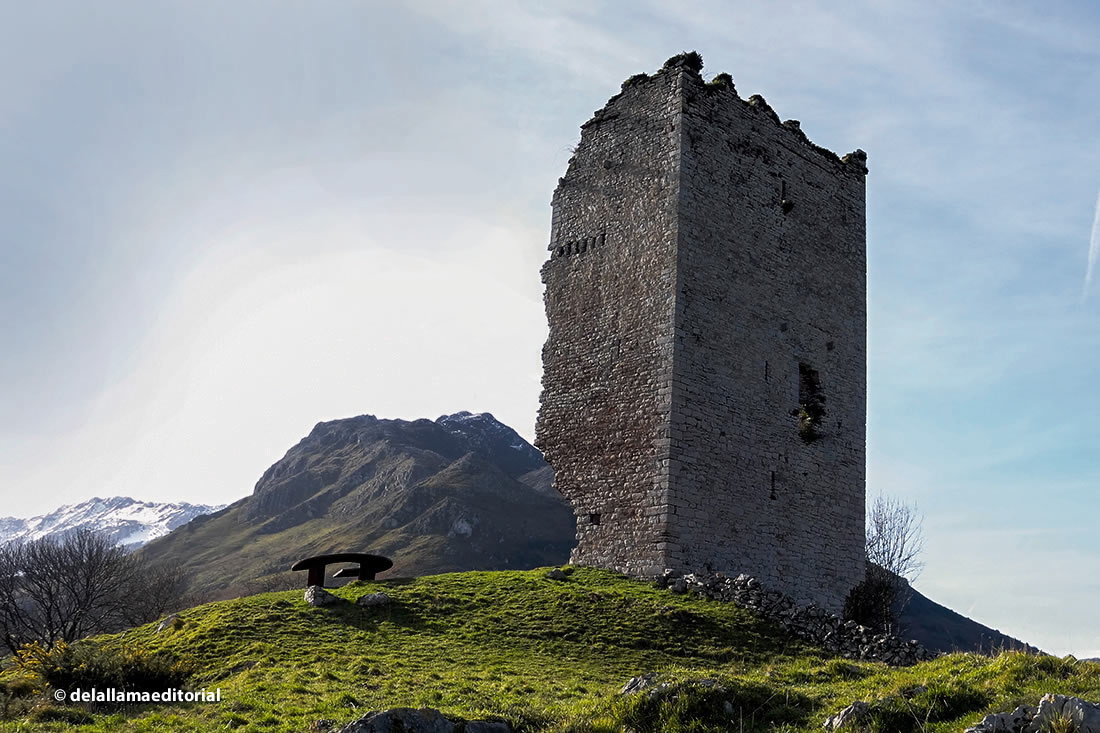 With the arrival of Instagram in our lives, photography occupies a very important place for many. Today you travel and you have to record it on social networks.
There are very instagrammable places and locations everywhere, here we have made a list of some places in our geography that are well worth a short walk to take that much sought after photo.

We propose several Asturian corners that offer a unique environment, and that is why many people seek to take some photos and share them later on their social networks. I'm sure there are many others, so we'll do another report with more locations. Let's instagram!

To reach our goal, we started the route in Pelúgano at an altitude of 580 m. This town belongs to Municipality of Aller. We are going from Levinco along the AE-5 highway. We parked and headed towards Pelúgano de Arriba where there is a large hermitage and an informative poster of the PR.AS-262 that goes to the summit of Peña Mea. At about 1300 m altitude we reach our destination. The famous Ojo de Buey, also known as L'Arco, its 30 meters high and its shape, due to the erosion of the calcareous rock, are completely overwhelming. If we want to reach the summit of Peña Mea there is still half a route to do.
43.174259, -5.567463

The tower dates from the XNUMXth century and with its silhouette it dominates the lands of Morcín. It only keeps a good part of the medieval castle keep and remains of the wall and fortifications. It was raised as part of a defensive system for Oviedo. The square-shaped tower and its walls are almost two and a half meters thick. Despite being in ruins, it conserves an arrow slit and a door on the first floor. In the second three arrow slits and the main door. In the third a loophole and the remains of a courtier.
43°17′23″N 5°56′05″O

The esplanade on which the different buildings stand is a space charged with magic and harmony, where white cement predominates, ideal for photographing. The Mirador-Tower, 20 meters high, with harmonious spiral staircases, allows us to appreciate the layout of the work on the estuary. The Auditorium, in intense yellow and with a drawing of large and delicate strokes of a woman, invites us to position ourselves and take a picture of pure contrast. The helicoidal staircase of La Cúpula or hemisphere constitutes an ideal place for the purpose to which we have gone. Take up positions and shoot!
43°33′25″N 5°54′59″O

The Niemeyer Center is a unique species of its kind, a cultural agglutinator that seeks the synergies of the arts...

Maybe it's already the most famous bank on the entire Cantabrian coast or even from the peninsula. We can make a small route to visit this viewpoint from the town of Oviñana, in Cudillero. It's easily accessible, come on, a nice walk. Perhaps the best photos are those taken in the sunsets from this viewpoint. Undoubtedly the views of the cliffs and beaches deserve to approach this stretch of coast.
43.58131, -6.24901

We approach the asturian west coast and we visited the beautiful beach of Porcía, between the municipalities of Tapia de Casariego and El Franco. In it they have installed a very large frame, great for taking a picture, in the area known as La Atalaya de Porcía. This installation is associated with the initiative of the Spanish Rural Development Network (REDR) Marcos ODS with which it intends to generate new tourist itineraries and value the Sustainable Development Goals.
43°33′43″N 6°52′34″O

have become Gijon symbol. From its location, in the Gijón marina, they have become one of the corners of obligatory city stop. Are from solid steel in the characteristic red color of the city, logically, and measure more than three meters high. A full-fledged photocall. Its location was chosen in a popular consultation carried out by the city council to Internet users. Without a doubt, a success, since everyone who passes wants to keep that beautiful memory of their visit to the city of the Costa Verde. There are five steel letters that were devised by Mayor Paz Fernández Felgueroso and made by Femetal.
43.54422, -5.66506

Gijón is the largest city in the Principality of Asturias, and the industrial and tourist capital of the region. A city in…

Today it is an uninhabited place, but in its day it was a village built for the workers of the Grandas de Salime dam and that even had its own police. To get there you have to put on your hiking boots and walk. We leave Pesoz, pass through the town of Sanzo and after 3,2 km we reach our destination. From the town we see the reservoir, you will have splendid views of the Navia River and the surrounding mountains in the area. an idyllic setting.
43.24386, -6.84852

Villages on the coast of Asturias

to 0,09 km The Barjola Museum is a center open to culture, a space where contemporary art meets with always relevant exhibitions of artists ac ...

to 0,11 km A privileged situation characterizes the Hotel Don Manuel, located next to the main commercial arteries, in front of the Puerto Deportivo and the port of ...

to 0,14 km It is the capital of the Costa Verde and urban development coexists with a privileged natural environment. Gijón has something of a great village. The character ...

The jesters of Llanes

What to do in Asturias