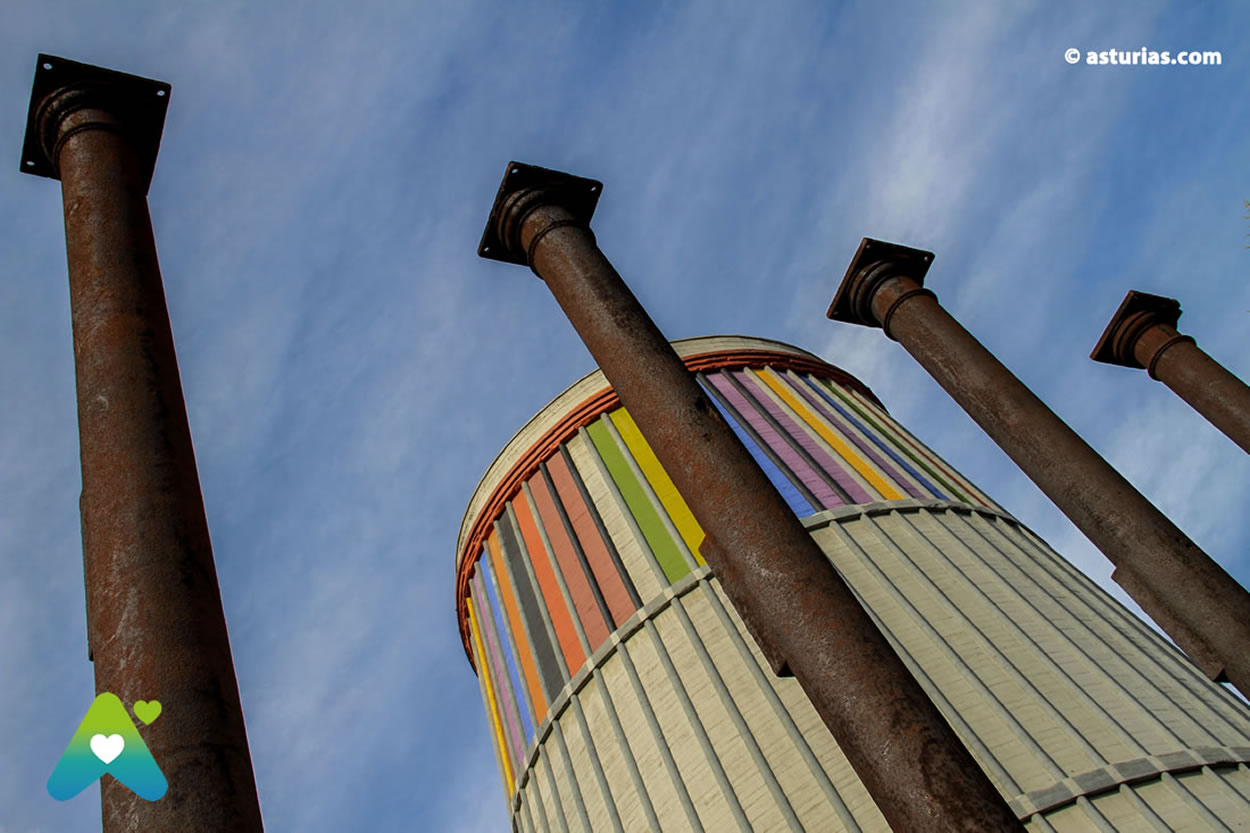 A walk through another time

A walk through another time

Here we collect some of the facilities scattered throughout the Asturian geography and that are of special interest to take a walk through our recent history. Most are linked to industry and mining, one of the sectors that sustained the business and labor fabric of a good number of generations of Asturians. The Asturias coal deposits were a key point for industrial advancement.

The industrial cultural heritage of our country in general and of Asturias in particular reflects an incredible change, the transition from an economy based on agriculture to one based on the production of consumer goods. The industrial revolution transformed places, landscapes, people...

The Vice Ministry of Culture of the Principality of Asturias has prepared a inventory of the situation of industrial heritage, extending it up to more than 1.700 registered elements or sets (of which a thousand have protection), to improve the conservation of "fundamental assets" in the history of Asturias.

Here we give you some equipment clues that can be visited and that offer a 100% genuine vision of worlds that are very unknown to the common people.

Asturias has three important museums linked to the world of mining and iron and steel, key industries in the development of industrial life in mining areas. They are essential visits if you like to learn from the past.

The wealth of the Asturian subsoil has determined the development, social conflicts, the economy and the political tendencies of all ...

Being a miner for a while, putting yourself in their shoes (saving the distances), discovering the smell of a real mine, its…

The Iron and Steel Museum aims to combine culture, industry, leisure and history, as a new model of interest and…

In the city of Gijon There is a little-known venue, even for Asturians, which is a discovery, not only because of its location inside a block patio but also because of its recent refurbishment and enhancement to preserve the essence of its past. Is about Celestino Solar Citadel, an industrial town that grew due to the massive transfer of peasant workers in search of work to the city. We can immerse ourselves in their daily life by visiting their humble houses and their surroundings in the common areas within the closed perimeter, away from the eyes of the rest of the city.

The Citadel of Gijon

A whole history lesson, a visit that should be a must as there are very few examples left in Spain that can…

Mieres He lived on agriculture and livestock, with a practically subsistence economy, until the discovery of coal took place in the last third of the XNUMXth century. In the middle of the XNUMXth century we can talk about the process of industrialization of the region. Industry and mining acquired a great boom, with English, French and Belgian companies settling there. All of this has left behind a rich and abundant industrial heritage: mining equipment, facilities, headframes, old workshops... highlighting the Barredo Shaft, the Figaredo Shaft, the Fortuna Shaft, the San Nicolás Shaft, the Espinos Shaft, the Santa Bárbara Shaft (first shaft declared a Site of Cultural Interest) and many others. worth noting the mining town of Bustiello, a lesson in cultural anthropology that is an unavoidable visit when someone approaches the council of Mieres.

This town, which in the past wanted to be an arcadia for the worker, is fertile ground for analysis...

The experience of going down a mine in Asturias

Everything in the municipality of San Martín del Rey Aurelio is linked to mining and the industry derived from it. The main towns, L'Entregu/El Entrego, Sotrondio and Blimea were large mining centers. The massive arrival of labor led to the creation of mining towns. We can visit those preserved today, such as those of El Serrallo (Sotrondio), El Coto, La Vega, El Japón and San Vicente, in L'Entregu/El Entrego.

The bridges over the Nalón River are, together with the mine entrances, wells and headframes, the most interesting structures of the industrial heritage of San Martín del Rey Aurelio. We can visit the La Oscura Bridge, the Carrocera Bridge, the Miramar Bridge, the Los Gallegos Bridge and the La Maquinilla Bridge.

If we visit this municipality we have to go to the Soton Well. It is the second of the mining shafts built by the Duro Felguera Metallurgical Society and one of its peculiarities is that it has two independent vertical shafts, each with extraction machines. It was closed in December 2014 and now we can make a very interesting tourist visit and thus delve into the mining world.

You have to live it. Going down into the Sotón Well is an experience that far exceeds any kind of expectation.…

to 0,18 km Fans of mycology are clear: Asturias is a mushroom paradise. At the foot of its oak and chestnut groves grow, among others, boleto ...

to 3,97 km The Casa de Aldea Mariana is a building of traditional Asturian architecture based on stone and wood with capacity for 4 people. It's found ...

to 7,02 km It was built between 1890 and 1925 by the Spanish Coal Company whose presidency was held by Claudio López Bru (II Marqués de Comillas), a ferr...

to 8,46 km It is an old and typical Asturian house located in a quiet town 4 km. from Oviedo; It is the so-called Mariñana house that are located in the central area ...

to 8,47 km Visiting this unique Ecomuseum is a fun and very enriching experience for the whole family. Traces of mining activity survive here with...

to 9,13 km The top of Angliru is usually compared to Mortirolo throughout Europe, as they have very similar global numbers, with rises of 12, ...

What to do in Asturias
Central Mountain