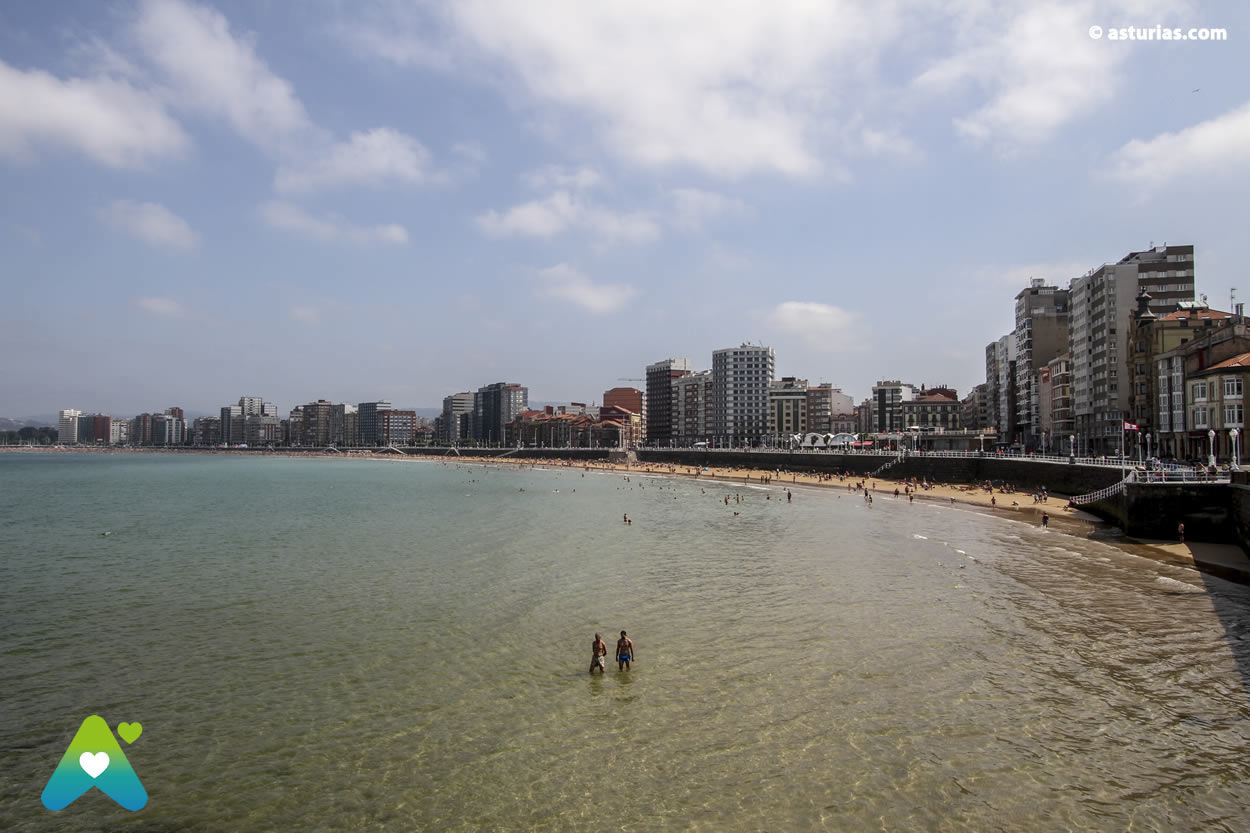 Well known are the three most important cities of Asturias: Oviedo, Gijón and Avilés. But here we give you some clues in case you are not clear about where to start a quick visit to each of them. Ideas to visit the essential, do not leave the important thing to see and enjoy.

The visit began in Oviedo, the capital of the Principality of Asturias, followed by Gijón, the largest population, and ended in Avilés, the town of Adelantado, industrial city that has suffered in recent decades a regeneration and has become a modern city.

What to visit in Oviedo in a day

· The historic center of Oviedo It has a nineteenth-century flavor that is difficult to find in other Spanish capitals. Its Cathedral Square is worth a visit, presided over by the monumental flamboyant tower of its basilica and a wide open space in which there were houses with beautiful arcades. The famous “les madreñes” market was held there. Without moving away from the nerve center par excellence, we see the Palacio de los Valdecárzana Heredia, from the 1931th century. A mythical building for Oviedo society and for romantic fiction, since the famous Casino de la Regenta was located there until XNUMX. The University, the Plaza del Ayuntamiento, the Campoamor Theatre, the San Francisco Park... are enclaves to visit on a quiet walk through the area.

The historic center of Oviedo has a nineteenth-century flavor that is difficult to find in other Spanish cities. Apart from that ...

· Cathedral
The Cathedral of Oviedo is a building that began to be built at the beginning of the XNUMXth century on the ruins of pre-Romanesque and Romanesque basilicas, and it took three centuries to build. His style is flowery or flamboyant Gothic, dominant at that time. One of the most important parts is the Holy Chamber, a treasure of Romanesque sculpture where the sacred relics of the Asturian kingdom are kept.

Not many years ago, the facade of the Cathedral of Oviedo appeared to us dark, superficially charred by the effect of…

· El Fontan Market
In the heart of old Oviedo today, it was a natural lagoon that was located on the outskirts of the city. This lagoon supplied by natural springs had a main source or fontán, which supplied the lagoon with its waters, hence it gets its name.
It was in the XNUMXth century that the many merchants who came to the city dried up and built a porticoed square. Today the street vendor is on Thursdays, Saturdays and Sundays in the morning hours.

We can speak of El Fontán as the epicenter of Oviedo, since walking through its streets and squares we are invaded by the ...

What to do in Gijón

Gijón is the most populous city in Asturias -exceeds 270.000 inhabitants- and the most dynamic.
The statue of Don Pelayo presides over the image of the marina in the Plaza del Marqués. There is the Revillagigedo Palace. It dates back to the first decades of the XNUMXth century and today is the headquarters of the International Center for Contemporary Art. We are in the Cimadevilla neighborhood, the old town par excellence, that of the first settlers of the town.

Gijón has three beaches, a commercial port, a sports port, an industrial neighborhood, large parks, a vibrant center and a neighborhood ...

San Lorenzo Beach
The sandy area par excellence of the city, although there are three beaches. Its promenade along the wall is full of walkers and athletes all year round, and if it is summer, bathers. We are at the western end of the beach, near the Church of San Pedro. If we go all over the wall we take a good walk, and if we continue the walk we will do a good number of kilometers along the Senda del Cervigón, being able to contemplate in turn a good number of sculptures.

The Paseo del Muro and San Lorenzo beach draw one of the most popular and populous maritime facades ...

· Roman sites of Gijón
Conquer Asturias for the Romans was not easy, getting to irritate Augusto, who came to the area mobilizing seven extra legions. The definitive submission would come in the year 19 before Christ and Rome would leave in Gijón the trace of its architecture and its way of life: the thermal baths of Campo Valdés, the Roman villa of Veranes or the fertile archeology of Campa Torres.

The Roman sites of Gijón

Conquering Asturias, and specifically Gijón, was not an easy task for the Empire, since the Asturians gave a lot of war and…

Of tourism by Avilés

The city of Avilés, third in population, hides a huge heritage and a dreamy historic center.
It is also known as the Villa del Adelantado, in honor of a famous avilesino conquistador named Pedro Menéndez, appealing the Adelantado. It is a town of great commercial and port tradition, with many noblemen who settled here during the Middle and Modern Ages, building large mansions and palaces.
Inside the street map, Rivero Street and Galiana Street run through the most famous arcades of the Principality

The fishermen's quarter, the old and new churches of Sabugo, are well worth a visit, as well as the Plaza de España, crossing the streets of La Fruta or La Ferrería and then entering Ferrera Park, the green lung of the city.

Avilés is a city to discover. The preconceived image of this great town, even for many Asturians, is that of ...

Niemeyer Center
On December 15, 2010 it opened its doors for the first time on the occasion of the 103rd birthday of Óscar Niemeyer, the famous Brazilian architect who years ago agreed to give Avilés this project as a thank you for the 1989 Prince of Asturias Award for the Arts .
It rises on the right bank of the Avilés estuary. It is a square open to the world and culture, a project to regenerate a deeply industrial city in the XNUMXth century that aspires to an aesthetic and post-industrial reconversion in the XNUMXst.

The Niemeyer Center is a unique species of its kind, a cultural agglutinator that seeks the synergies of the arts...

to 0,01 km We know that Asturias is known mainly for its spectacular nature and its rich gastronomy, but that does not mean that the region also offers a ...

to 0,01 km History of the Disarmament of Oviedo Culinary celebration whose origin is the Carlist wars, although there are several versions about it. The most spread...

to 0,03 km The greater variety of raw materials in the gastronomic markets, the increase in training in cooking schools, and the entrepreneurial spirit of the ...

to 0,04 km Eleven Asturian municipalities obtain for the first time the seal of recognition of the Child Friendly Cities 2016-2020: Carreño, Coaña, Pravia, ...

to 0,08 km In Oviedo there is a Tuesday marked in red on the calendar: El Martes de Campo or La Balesquida, which is celebrated on the first Tuesday after Pentecost. Y...

to 0,09 km Who made the statue of Mafalda? The creative artist of the work is the Argentine sculptor Pablo Irrgang, he is also the author of the Mafalda sculptures...

The most beautiful cemeteries in Asturias