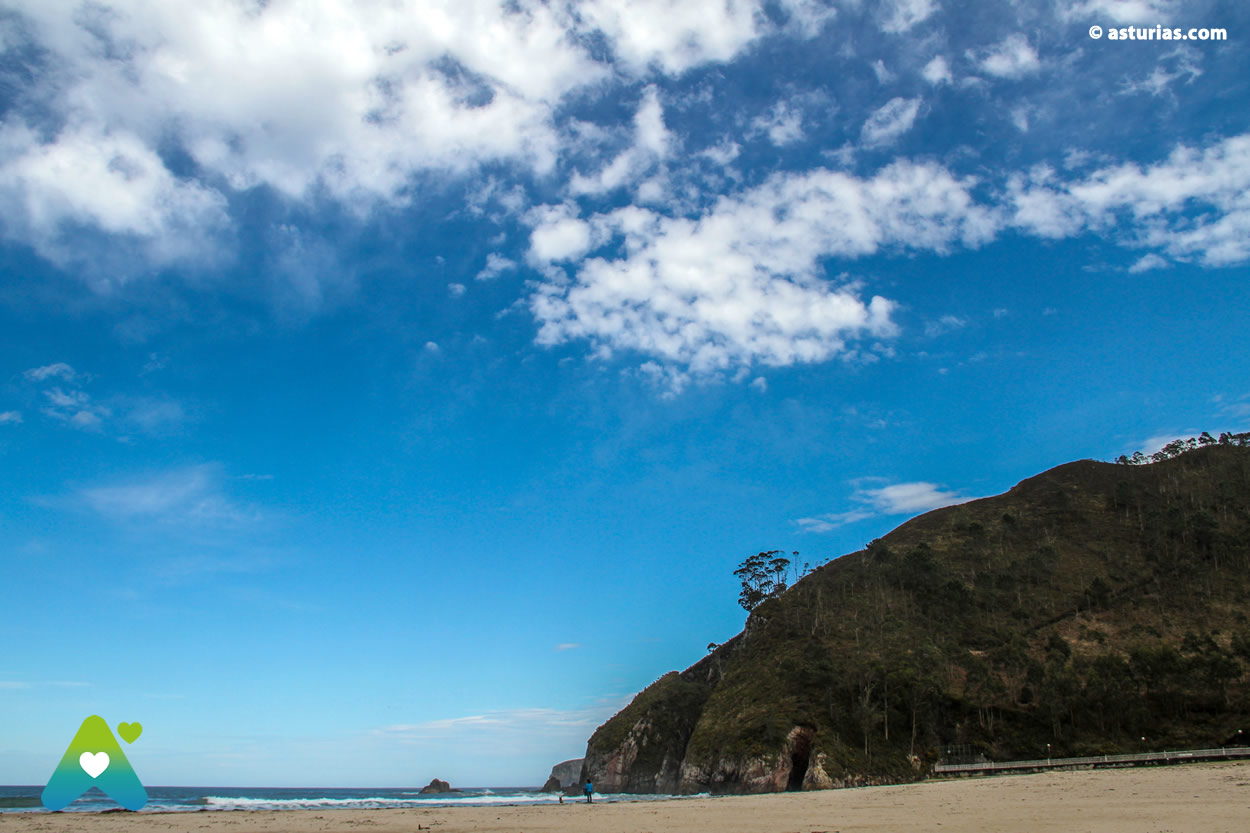 The most frank beach

The most frank beach

La Franca beach is located in the vicinity of the town of the same name, at the mouth of the river Cabra, which acts as a dividing line between the municipalities of Ribadedeva and Llanes. In its environment we find catering establishments, restaurants, and some other residential space.

Confined by the high cliffs of Santiuste and the raft of Pimiango that fall precipitadamente on her, the beach of the Franca has a long tourist tradition between the beaches of the Asturian East, because already in the XIX century it counted on a marine spa.

La Franca Beach is undoubtedly the most attractive and accessible beach of all the beaches of the council, and therefore the beach par excellence of Ribadedeva. It is, in turn, the easternmost beach in Asturias, and its name seems to derive from the Middle Ages. At that time, in the ports of Llanes and San Vicente, merchandise had to be unloaded five leagues to the east and west. La Franca, being right in the middle of both and outside their radius of influence, It was used by clever merchants who unloaded their merchandise "francas de alcábala", that is, free of taxes, with the consequent disgust and protest of the two ports.

But the semantics of this beach also extends to its landscape frankness, because it is one of the most beautiful and wide of the Cantabrian Cornice, which has the Blue flag of quality of the European Community, reason why it is "free" also in cleaning and beach services.

During the high tide it becomes an authentic natural pool, being very safe for bathing, for children and unbeatable for practicing water sports, rock and underwater fishing. At low tide a wide sandy area is discovered and small coves rich in fishing are formed. Its very fine sand occupies an area of ​​73.000 square meters at low tide, with a front of 260 meters cut by the mouth of the river Cabra.

The first inhabitants of the prehistory They already used it as an improvised home to serve as shelter and food. Very close to the beach there are several caves. In them we discover shell shells, shell deposits of mollusks that show that they were inhabited in ancient times.

For the contemporary man, the Franca continues to be a refuge, in this case a refuge, easily accessible, for free time.

At low tide, the Franca annexes some other sandy territory, such as the beach of the Bear, a small cove that at low tide is communicated with it, or that of Regorgueru, another natural beach of more difficult access. This is also reached at low tide from the beach of La Franca or down a steep path from the neighboring town of Pimiango.

The Beach is integrated into the Protected Landscape of the Eastern Coast. The nine kilometers of coastline -mostly cliffs- of the municipality of Ribadedeva unfold between the beach itself and the Tina Mayor estuary, at the mouth of the River Deva. Between these two limits are La Punta la Cebollera and Santu Medé. The Eastern foothills of the Sierra de Cuera They are also part of this Protected Landscape and give the landscape of the beach one more attraction.

La Franca beach has signposted access on the N-634 between the towns of Santiuste and La Franca. If you are driving in the direction of Llanes-Ribadedeva you have to pay attention to soften the speed from Buelna, since the detour suddenly appears in a tight corner and forces you to make a sharp turn. Once this branch is taken, 1 kilometer is traveled until reaching the beach.

to 2,60 km Small coastal council located in the easternmost end of Asturias. The south of the council is surrounded by the impressive Sierra del Cuera, also ...

to 2,74 km The house has 200 m., Distributed in four double bedrooms, four complete bathrooms, living room and independent kitchen. Its basic structure is made up of ...

to 2,80 km La Cueva del Pindal, in the beautiful village of Pimiango, was in its own way an art center, then related to mystical and supernatural affairs. Their p ...

to 2,97 km In Llanes, located in a wide valley, surrounded by mountains, forests and meadows. Our accommodation is located in an ideal environment to enjoy ...

The natural space of Cobijeru

to 3,12 km Cobijeru beach is charming and small (about 50 m long and 30 m wide), it is the clear proof that the sea has been escaping through that hole ...

to 3,21 km The town of Buelna is located at the easternmost end of the municipality of Llanes, at the foot of the Sierra de la Borbolla and 14 km. of Llanes. Buelna preserves ...

The most beautiful towns in Picos de Europa

Top 5 viewpoints in the Eastern area of ​​Asturias