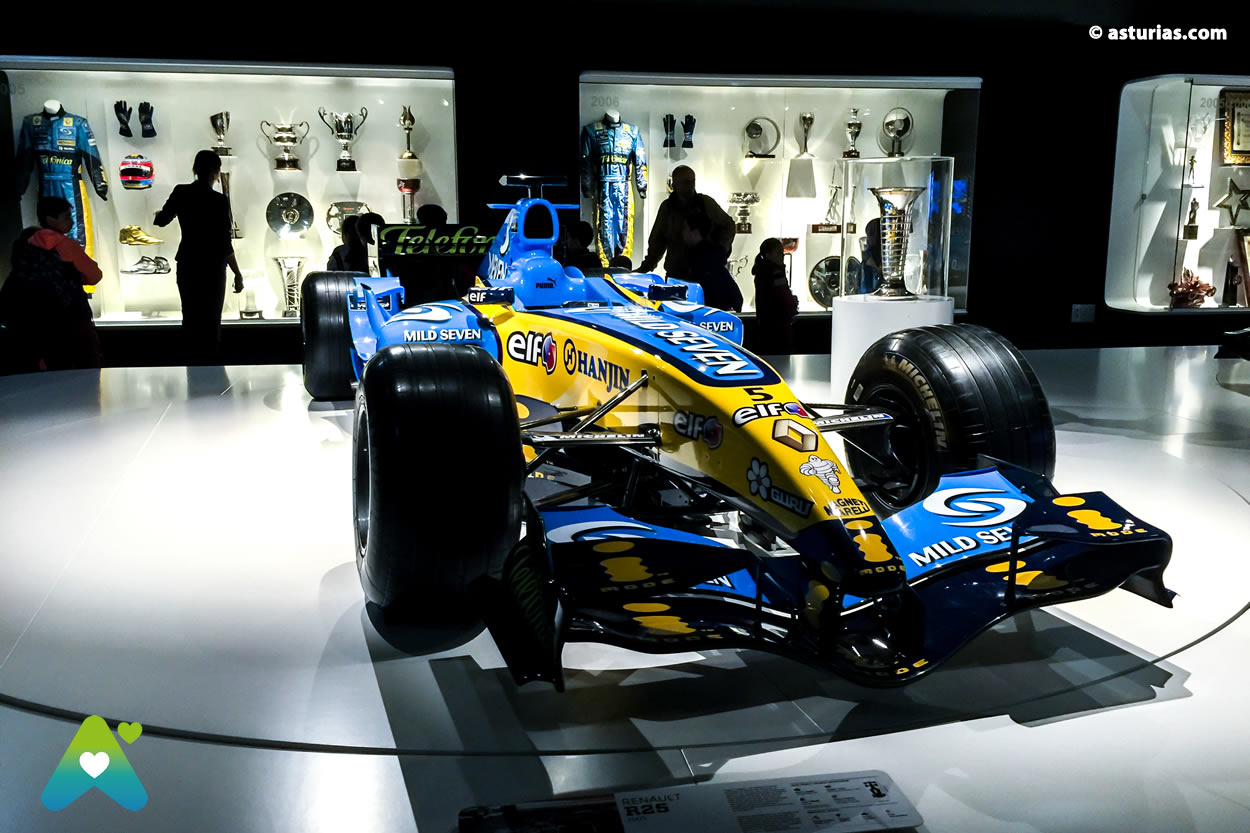 The best collection of the 1 Formula

The best collection of the 1 Formula

The warrior does not say, even in jest, words that denote weak spirits. The deepest part of the heart is discovered even in insignificant things, this was what Fernando Alonso wrote on Twitter after reading Japanese texts. And it is that his sports career is, due to courage and passion, similar to that of a samurai.

Dispute racing 1 Formula is for Alonso more than the expression of a dream. His talent came as standard and his swift career made his best dream come true with only 24 years.

In September of 2005 Fernando proclaims himself World Champion of Formula 1, the youngest in history to get it. That same year he was awarded the Prince of Asturias Award for Sports. In 2006 it returned to be world champion, later it would obtain three subchampionships and a third position. So young and seems to have no records to overcome or goals to achieve. With 21 years he was the youngest driver to achieve a pole position, with 22 the youngest to win a Grand Prix. Maybe he was also the youngest to start in the world of motorsport: with only 3 years already competed in go-kart circuits.

He has won more than 30 Grand Prix and he is on his way to becoming the man who has achieved the most in the history of this sport.

Nano He decided a few years ago to open a museum with his name. A museum that reviews his fruitful career and his commitment to the different teams, a commitment that has made him one of the drivers who best knows the ins and outs of all the teams. Minardi, Renault, McLaren, Ferrari… Magic ALonso he is a Formula 1 nomad, which is why his museum is so amazing.

The complex, located in La Morgal - in the Asturian municipality of Llanera, to 12 kilometers from Oviedo-,  It has an area of ​​95.442 square meters, divided between the museum, a spectacular go-kart circuit, with a traffic education area and a section for specialized driving. Alonso himself collaborated in the design of the circuit, which at 1.800 meters can host international level competitions and faithfully reproduces some of his favorite sections, such as the Suzuka s, the last curve in Valencia or the Parma chican. Karting is, for Alonso, the best school for drivers. And he says it from experience. With this exceptional circuit, Alonso and the foundation that bears his name are involved in the training of new talents. It also promotes from this headquarters, scholarships aimed at university students who intensify child safety systems in the car.

The museum itself houses some three hundred pieces of the provisional legacy of the pilot, including all the cars with which he has competed since the 3 years. As the 5 Ferrari with which it competed between the 2010 and 2014 seasons. It also highlights the Renault R23 with which he achieved his first pole (Malaysian GP 2003) and his first victory (Hungarian GP 2003). Two more Renault, The R25 and R26, occupy a special place for being the cars with which he won the world championships in the seasons 2005 and 2006, respectively. Visitors can also enjoy the McLaren MP4 / 4 with which Ayrton Senna won his first 1988 title. Monoplaza in which José Luis Alonso, father of the Asturian pilot, was inspired to build the first kart of his son. The kart, which is part of the permanent exhibition, was the one with which Alonso began his career of triumphs.

In total you can see a total 17 single seater, numerous helmets, gloves, overalls, boots, photographs, videos and dozens of trophies of the world champion. It is a collection started from the beginning of his career and that at first had a private character. Now everyone can enjoy it.

So do not miss it. In addition, in the museum you can also make a souvenir of your visit: shirts, hats, polos ... available in your exclusive store.

How to get to Fernando Alonso's museum?
The circuit and museum of Fernando Alonso is practically halfway between Oviedo and Gijón, near the technology park of Asturias and its access is easy from the A66 or the AS2, from which you have to take the detour through the AS17 that crosses the industrial estate in which the facilities are located.

to 6,33 km These constructions constitute the most important testimony of the historical roots of the Kingdom of Asturias, preserving from this legacy twelve temples...

to 6,39 km In Asturias there are 14 buildings with a lesser or greater degree of conservation, mainly in the center of the region. And in Monte del Naranco, where ...

to 7,26 km It is located in a busy and central area in the current city, on the street with the same name, Foncalada (from the Latin fonte incalata), but in its...

to 7,31 km The Room Mate Marcos is installed in a central area of ​​the capital of Oviedo, about 5 minutes walk from the Cathedral of Oviedo, the Fontán market or ...

to 7,49 km The primitive Asturian communities in the cultural stage of the Eneolithic built great funerary monuments, the dolmens. Examples of this type ...