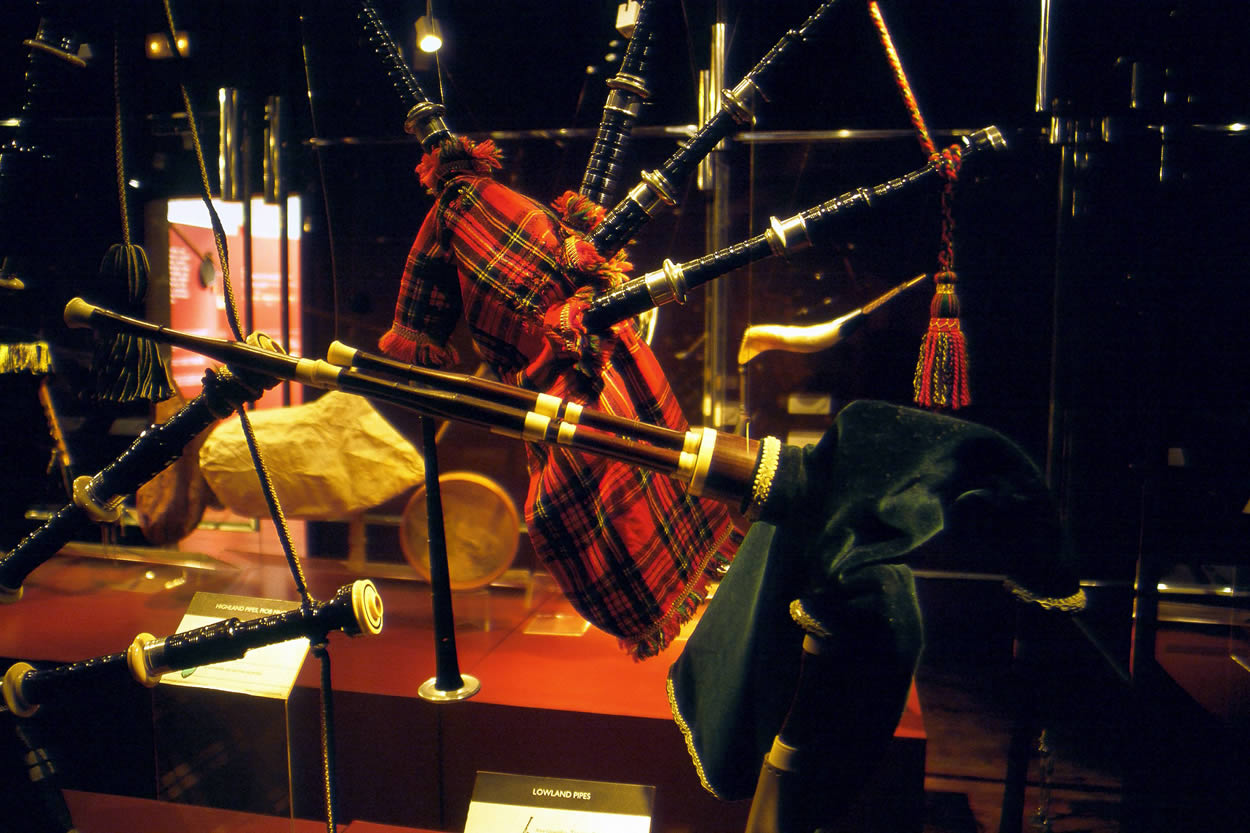 To the sound of Asturias

To the sound of Asturias

In a community like the Asturian, where the bagpipes are one of its cultural and festive stars, there could not be a museum dedicated to this instrument. The Museum of the Bagpipe is located in Gijón, within the ethnographic complex of the Museum of the People of Asturias, next to the exhibition of the Fair of Samples, and in it we can admire a collection of about 60 cleats from all over the world. Mainly from the geographical areas that use or have used this instrument in its folklore: North Africa, Eastern and Central Europe and, especially, France, the United Kingdom and the Iberian Peninsula (Asturias, Galicia, Aragon, Mallorca, Tras-os-Montes) .


This center is a unique place to learn first hand the history of the bagpipes. We will discover that the origin of the same continues being an enigma, although its antiquity is previous to the Christian Era. It is believed that it was invented by some pastoral people of the Mediterranean or Asia since the bellows are made of skins of grazing animals. The pedagogical tour of this museum also allows us to know many singularities, such as, for example, the pointer of the Asturian bagpipe has its own timbre with the ability to "requintar", that is, climb to higher notes increasing the pressure exerted on the bellows.

The museum's collection is presented to the public in four rooms. The first two comprise a sample of the bagpipes of the world, from the primitive bagpipes of North Africa to the sophisticated instruments played in the French court of the 18th century. In the third room, dedicated to the Asturian bagpipe, its structure, its construction and its use in traditional society are explained. The last room proposes a tour of the remaining musical instruments used in Asturias and includes a selection of mechanical instruments and players, popularized since the second half of the 19th century. There is also a multipurpose room located on the ground floor of the museum, which hosts temporary exhibitions and other events related to the world of traditional music, such as concerts, symposiums and conferences.

The museum is currently working on the creation of a Archive of Traditional Asturian Music where, in collaboration with researchers and cultural entities, a multitude of sound testimonies of dances, dances and songs are being collected. A unparalleled sound library whose backgrounds include all types of media, from phonograph cylinders to digital media, going through the slate discs, the vinyl records and the tapes.

The museum also has the attraction of its own physical headquarters, since it is housed in the House of the González de la Vega, a building that dates from 1757 and that contains the most characteristic elements of traditional Asturian quintanas.

to 0,00 km In addition to the merely curious or nostalgic concern of its visitors, this center guarantees the study and development of historiographic works. ...

to 0,10 km The Asturias International Trade Fair (FIDMA), one of the principal summer events in the Principality, has been in existence for more than half a century ...

to 0,12 km This accommodation is located in front of San Lorenzo Beach and just 15 minutes walk from the historic center of Gijón. It is a modern building, with ...

to 0,48 km The Abba Playa Gijón is located on the beachfront, with spectacular views of San Lorenzo beach. Our location is strategic ...

The trail of Gijón

to 0,55 km Connoisseurs say that to find that special thing you are looking for you must get up early, however, its hours from 9 a.m. to 15 p.m. are more than enough to ...

to 0,83 km Route or Senda del Oso It is an ideal route for hikers and cyclists. Its great natural and ethnographic wealth advances through t ...

The trail of Gijón