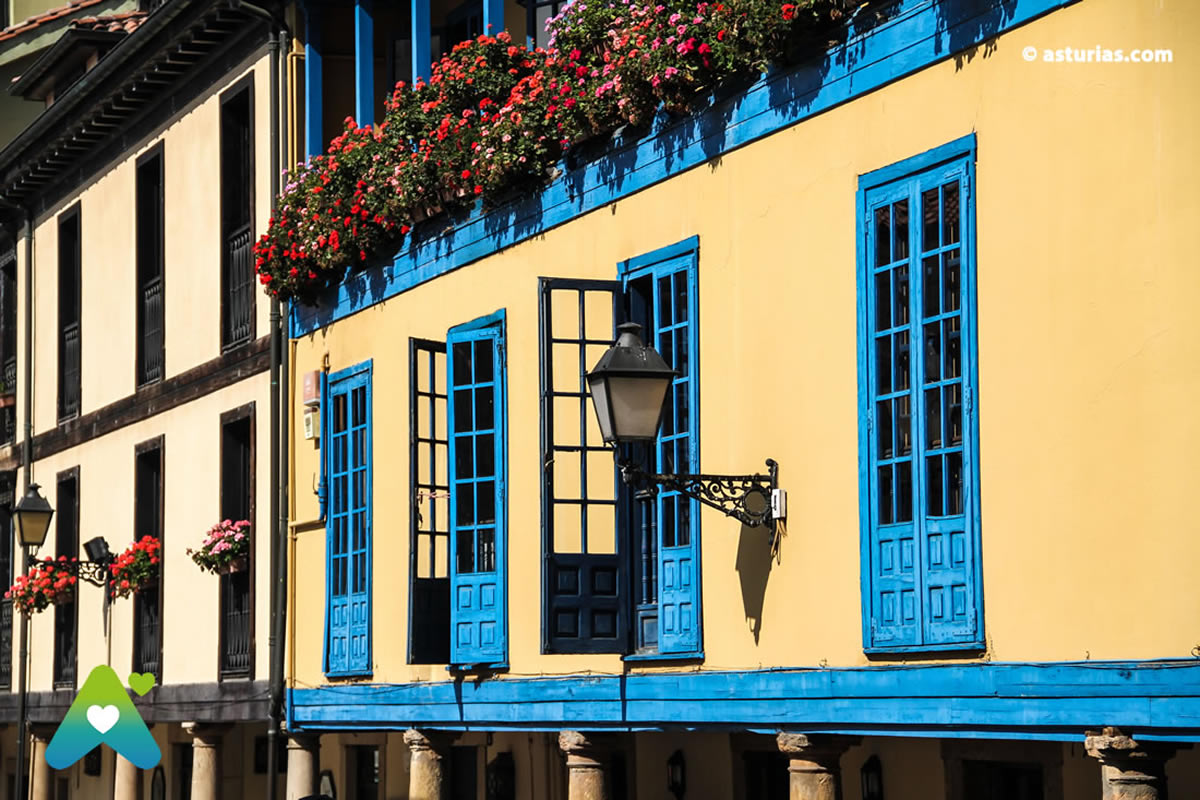 Fontán: the most popular Oviedo

Title pageWhat to see and visit in AsturiasEl Fontán Market

Fontán: the most popular Oviedo

We can speak of El Fontán as the epicenter of Oviedo, because strolling through its streets and squares we are invaded by the most vital spirit of the city. In the heart of old Oviedo, this space keeps the primitive solera of the capital of Asturias and is, without a doubt, one of the most popular scenarios of the Principality and one of its patrimonial jewels.

In 1660 was when the construction of the area began with a series of houses supported, called after Bow of Shoes. On one of the sides of the Plaza del Fontán opens the Daoiz and Velarde Square, and next to this one is what was once the famous House of Comedies o Teatro del Fontán and which, while retaining its old façade, is occupied by the Pérez de Ayala Public Library. Next to it, the Palace of the Duke of the Park, from 1892 property of the marquises of San Feliz: the most genuine baroque palace in Oviedo.

In its origins, all this land was neither more nor less than a natural lagoon that was on the outskirts of the city. The lagoon was supplied by natural springs. Its name comes from the main source, or fontán, which supplied the lagoon with its waters. The Oviedo noblemen did not take in converting this species of arcadia next in zone of recreation. At the same time, the peasants who lived in the vicinity of the city thought that this was an unbeatable place to sell their products from home: milk, vegetables, cheeses, chickens, etc. He growing commercial pulse from the area, it was not long before the craftsmen offered their jobs. And so, little by little, a constant marketing was created that lasts until our days.

In the XVIII century it was when the lagoon dried up and in its place an arcaded square was built to seat so many merchants. Not without controversy, the square was recently restored since it showed a serious risk of collapse. In 1996 the municipal authorities determined their demolition and reconstruction. In 1999 the new square was inaugurated that keeps the simplicity and proportions of the old one.

El Fontán has recreated itself very well in literature: in "La Regenta" it is Plaza del Pan, and Ramón Pérez de Ayala immortalized it in his famous novel "Tigre Juan". East literary flavor It seems to taste daily, because when walking through its streets we can get to feel like authentic characters of fiction. The whole area is a hive of walkers and establishments where you can find the best fashion offer, the old and new crafts, the most select gastronomy and a street market of flowers and plants. We will also find a market of modern and beautiful invoices, surrounded by shops and restaurants.

What days to visit Fontán?

Its commercial origin therefore remains the essence of its activity. In the center of the Daoiz and Velarde square we find the most typical sculpture, dedicated to the usual sellers. It is in this square and in Fontán that the Street vending on Thursdays, Saturdays and Sundays in the morning. A crowded market in which we can find everything and that at first sight arouses the interest of the whole world: habitual buyers, occasional customers or simply curious.

We talk about one of the most authentic traces of the country, and it is not only because of the varied density of the offer, but because the rules of any self-respecting popular market are strictly respected: cozy environment, citizen atmosphere, historical essence on all four sides, absolute typism in the stalls and Dozens of picturesque places where you can have a snack between purchase and purchase.

to 0,26 km The NH Oviedo Principado Hotel is located in one of the streets of the old town, in front of the historic University of Oviedo, an excellent location since we are 400 meters from the c ...

to 0,64 km The Room Mate Marcos is installed in a central area of ​​the capital of Oviedo, about 5 minutes walk from the Cathedral of Oviedo, the Fontán market or the Plaza del Ayuntamiento. Its deco ...

to 0,76 km The Eurostars Hotel de la Reconquista is an emblematic hotel of the city of Oviedo, it is not in vain that the winners of the Princess of Asturias Awards stay there annually, it occupies a building ...

to 0,04 km We give you in detail, day by day of the week, each of the Asturian towns that celebrate their weekly markets, as well as other appointments that have their appointment annually. A ...

Village house from the mid-XNUMXth century rebuilt respecting the traditional architecture of Asturias. You will find us in ...

The Eurostars Hotel de la Reconquista is an emblematic hotel in the city of Oviedo, not for nothing do they stay annually in it ...

Room Mate Marcos is located in a central area of ​​the capital of Oviedo, about a 5-minute walk from the cathedral ...

The Hotel NH Oviedo Principado is located in one of the streets of the old town, opposite the historic University of ...