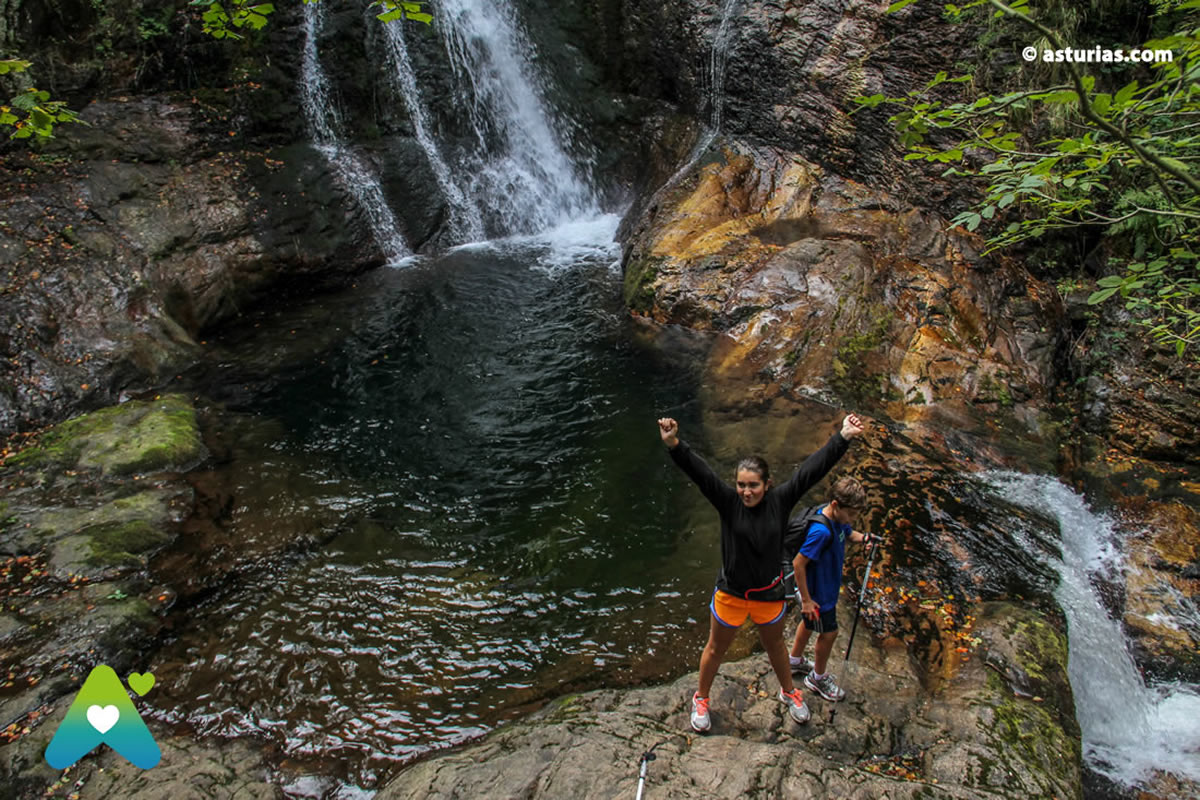 The whitewater of Alba

The whitewater of Alba

It seems more the title of a collection of poems but it is an authentic walk. The route of the Alba is one of the most affordable and beautiful routes that can be undertaken by the Asturian nature. It runs parallel to the Alba River by an old road of shepherds and arrieros that communicated Sobrescobio with the neighbor council of Aller; later this road served for the evacuation of iron from the Carmen mine, in the middle of Llaímo mountain.

The most beautiful stretch of the Ruta del Alba arrives when the road passes precisely through the Foces de Llaímo, a mountain that also houses a relevant beech forest, a habitat for deer, roe deer, chamois, wild boar, wolves or grouse. The river fauna is not far behind in this environment: otters, water blackbirds, trout ...

Route of the Alba or Foces de Llaímo, can call of the two ways to one of the fashionable ravines in Asturias; one that stands out among the 300 gorges created by the Asturian rivers when running between mountains. His fame is also supported by the fact of being registered within the limits of Natural Park of Redes, declared a Biosphere Reserve in 2001; a forest area of ​​the richest in the Principality.

A good option to get to know this Park is to carry out the route that we propose: a simple way, easy walking and little unevenness, suitable for the whole family. The route is round trip along the same path. In the end we will have used 4 hours of our valuable time in a very healthy exercise for our senses.

Ruta del Alba: how to get there

To get to the starting point we must approach the village of Soto de Agües, where we can also visit the Water Museum - and it is that water will be one of the protagonists in our journey. We started walking near a laundry. From there, a wide forest track begins that takes us into the valley. The route is well signposted. After one kilometer you pass next to a trout fish farm. Later we will see the remains of the loading dock iron mine Carmen. A little further, in Las Brañas de La Vega, the track ends and we continue along a narrower path that goes parallel to the torrential river and that penetrates into the the sickles. From here begins the most spectacular section, sandwiched between vertical walls of rock, with dozens of cascades of different sizes in sight, tunnels and overhangs. After the foz widens, the path passes through a bridge over the river, perhaps the most colorful point of the route, since from there we observe a true explosion of water and rocks. The guides recommend facing this route in spring, summer and especially in autumn, because of the colorful vegetation. Walking in the rainy season is also recommended. The jumps and pools take on another dimension. In the thawing season, water is the absolute protagonist, as it falls impetuously, forming waterfalls and causing an erosive process that is ultimately responsible for the formation of the sickle or gorge.

Over our heads, on the steep walls of Mount Llaímo, defying gravity, we see hanging beech, of twisted trunk and long roots, that grow in the same rock. On both sides of the path grow, as they can, in fissures and landings, scattered examples of beech, yew, school, mustard, linden or willow. Lichens and mosses also abound, covering the rocks and completing the green landscape.

Along the way the road crosses two small bridges of half a point built in limestone that support their arches on the walls of the gorge: La Pontona, first, and La Resquiebra bridge, later. After crossing the river on these two occasions, you arrive at La Cruz de los Ríos, where next to two centenary trees there is a small refuge that indicates the end of the route. The landscape opens suddenly to a prairie landscape dominated by the lushness of the beech woods of Llaímo and the heights of El Retriñón (1.862 m), vertex of the councils of Aller, Caso and Sobrescobio. 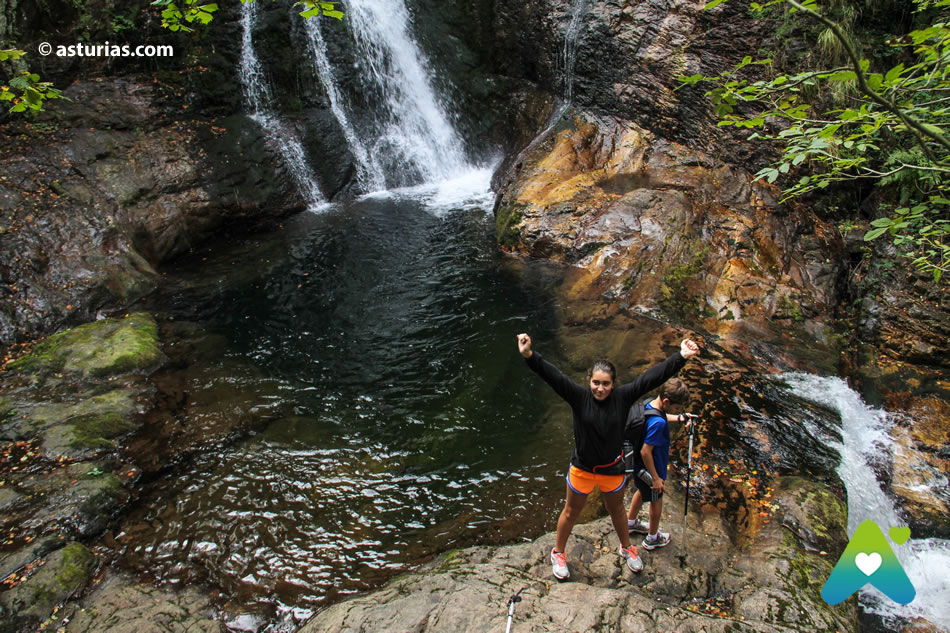 The tour, which could have been done in just over two hours, has to retrace its steps to return to the starting point: Soto de Agües.

How to get to Soto de Agües

From Langreo take the AS-17, crossing Pola de Laviana to Rioseco (Sobrescobio). From this town a road starts, SC-2, which arrives at Soto de Agües.

to 19,33 km GEOFACE is an Asturian company of excursions and guided visits that operates throughout the region. We are specialists in ecotourism, cultural tourism and hiking. All of our guides are G ...

to 21,63 km Tejeme we are Ana and Manuel, two Asturian friends, who one fine day decided to set up an online wool store. How did the idea come about? Well, one day, Ana, art historian and hobbyist ...

to 24,25 km The Santolaya company, which has been operating since 2003, focused on the production of artisan dairy products, mainly rice pudding and yogurt, made from ...

to 9,44 km Its distinctive flavor is a conjunction of at least three factors: exclusive casina cow's milk, an autochthonous breed dedicated primarily to the production of meat, with a performance m ...

to 9,46 km Biosphere Reserves are internationally recognized, although they remain under the sovereignty of their respective countries and are not covered or protected by any international treaty ...

to 10,33 km Asturian pastures are the raw material for its meat. The green landscape of this community is populated by cattle that are born, raised and fattened in a privileged setting. The...
See more things near here
Stainless steel work

Here we propose routes, excursions and activities in nature to do with the little ones of the house in Asturi ...

The route of the Desfiladero de los Arrudos is, perhaps, the most attractive of all the Redes Natural Park. A fascinating ...

Tiatordos Peak, also known to hikers as the "perfect mountain", is the most emblematic elevation ...

Asturias has almost a third of its territory declared a Protected Natural Space of special interest, thus pr ...

Walking routes through Asturias. These are some of the routes to do with children, easy routes ... Route or Senda del Oso ...

Walking through Asturias, routes and trails to discover the Asturian nature. We offer you information about some ...