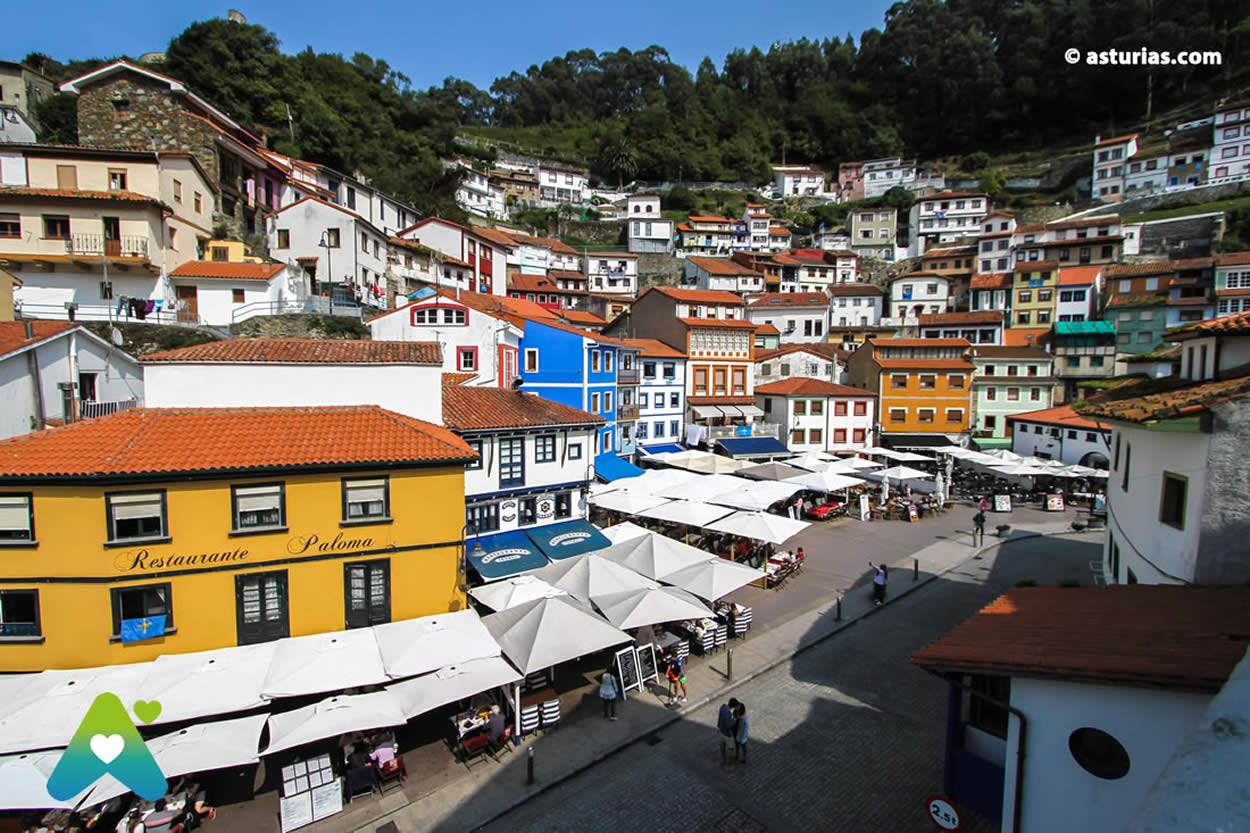 Of fish and men in Cudillero

Of fish and men in Cudillero

Few villages are reflected in the water like Cudillero. A town that gives name to a whole council of the West and that is always its image in duplicate. The large mirror of Cudillero portrays houses that are staggered upwards, forming consecutive urban terraces that are gaining height.

The word Cudillero refers to the collected form of its development. It has its origin in an organic analogy, that of the elbow. In the XNUMXth century it was called Codillero. The vision of this scene folded in on itself and painted in the sea, has well deserved some good cinematographic sequences. Director Jose Luis Garci took charge of this in his award-winning "Start over", the first Oscar of Spanish cinema. If you want to better understand the photogenicity of the place, you can initially walk through the route of its viewpoints: The walk to the lighthouse, La Garita, La Atalaya, El Pico ...

From the heights it is soon understood that Cudillero is a town born and developed around fishing activity. It had the largest fleet in Asturias and one of the most important in the Cantabrian Sea. A scene that is still frequently repeated is that of the boats arriving at a sheltered port, which, like the town, is collected and admirable. Nearby we find a modern fish market, and next to it a small shipyard and new industrial-artisan structures that are concerned with obtaining productive and commercial performance from what the hooks achieve.

Chopping in Cudillero is easy. If you prefer: tapas. And not just anything its inhabitants, known as «Pixuets»They are excellent gourmets of the sea and pass for "gourmets" when selecting the dish, if possible: a good fish. It should be noted that around the culinary excellence of monkfish, known here as pixín, a new analogy arises with the name of its people. Pixín - Pixueto. Man and fish. The man with a demanding palate; the fish, the best ever caught.

There has always been a small rivalry between the inhabitants of the upper neighborhoods and those closest to the port. In the one of Cai, in the high zone, live the caízos that traditionally lived from agricultural work. In the lower part, Cuideiru, inhabit the pixuetos concerned about fishing and lately about tourism who comes to the village to visit it and to sit at a table on a terrace in the town square. 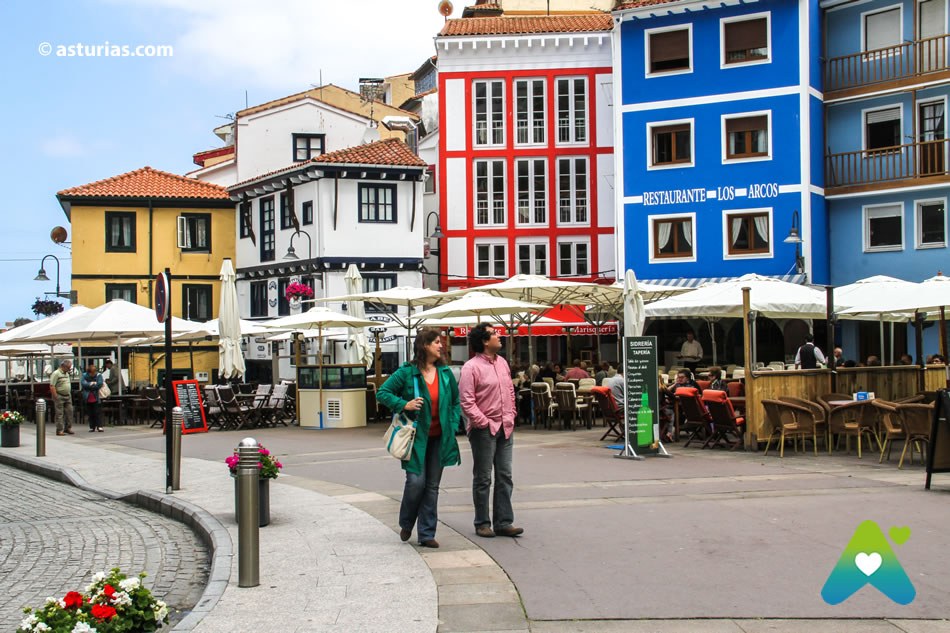 We are in the most spacious area of ​​the elbow. At these tables we come face to face with the most exquisite of the sea, with the right touch of the tradition of its cuisine: hake from the skewer, the aforementioned pixín (monkfish), sea bream, rock fish and seafood from the area, spider crabs, lobsters, barnacles And a long etcetera. As a characteristic dish is the curadillo: a fish from the family of sharks that heals in the air and is cooked in the traditional way. Cudillero and its sea offer the best dishes and the most memorable table toasts in the midst of a picturesque environment.

What we shouldn't miss in Cudillero

For those who want to attend to other types of reasons to visit this town, do not worry, there are also few that are sought. Stands out above all the town of El Pito, Where is he Palacios Set Selgas, popularly known as the Asturian Versailles. Apart from a dreamy decoration: tapestries, clocks, furniture, inside you will discover an impressive collection of works of art, with oils by Titian, Goya and El Greco. Also in El Pito is the Church of Jesus Nazareno, from the 19th century, which preserves in its crypt the oldest pre-Romanesque altar in Spain (8th century). 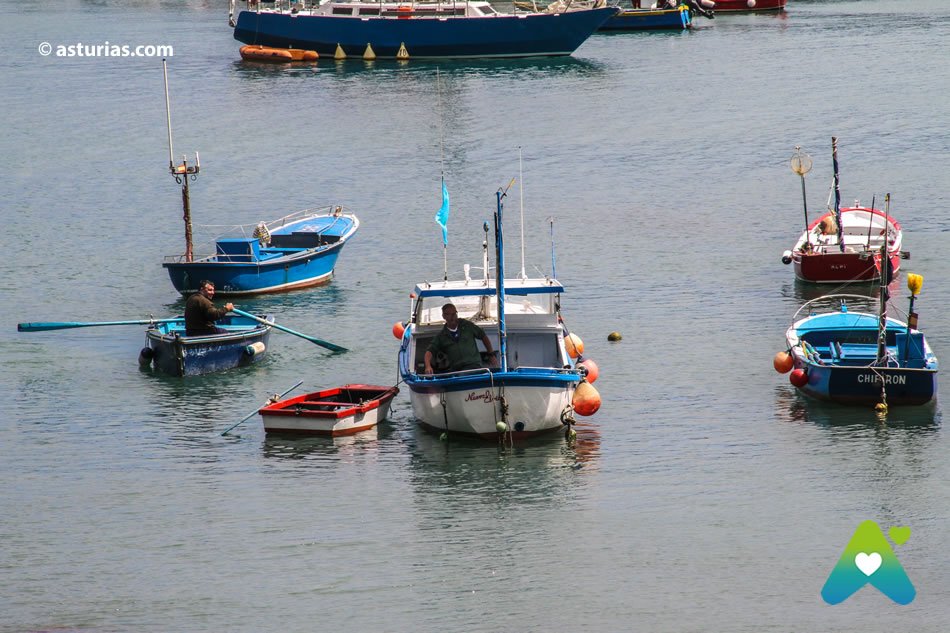 In Cudillero itself, highlight its two most important buildings: La gothic style parish church, and the Chapel of the Humilladero, your oldest property.

If we had to describe in brief lines the municipality to which Cudillero gives its name, we will begin by saying that almost the entire coastline of the council, from the Peat of the Dueñas (declared a Natural Monument) up to the limit with the Valdés council, it is included in the Regional Network of Protected Natural Spaces, under the name of Protected Landscape of the Western Coast. In the territory there is an appreciable contrast between the coast and the interior. The coastline is dominated by high cliffs (with an average height of 80 meters): Cabo Vidio and its lighthouse (in this case with heights of more than 100 meters), Punta Borona, Punta de Malperro, Cabo de la Concha de Artedo, etc. The interior of the council is mountainous although less steep than the rest of the region. The Peñas de Cuetu mark the roof of the council, the 786 meters of altitude.

In the breaks of the cliffs inlets like La Arquina, or several beautiful beaches like Aguilar, the Shell of Artedo, Oleiros, San Pedro, La Cueva, Vallina, El Silencio, Destillo or Ballota. On this coast there are also sometimes sharp little islands of film.

Say finally that on June 29 they are celebrated the festivities of L'Amuravela. A date with Asturian sarcasm. In them a preacher makes a relation in pixueto (speaks of Cudillero) of the events of the year in an ironic and critical way.

to 0,03 km Town of Cudillero Houses that are staggered upwards, forming consecutive urban terraces that are gaining height; to better understand the f ...

to 0,92 km A century-old house restored in noble woods and stone. Close to the beach and the mountains, in a quiet place with very easy access, just 1 km from ...

to 2,44 km Of fine golden sand, it is surrounded by soft cliffs and forests, with carved rocks that seem to emerge from the sand like deliberate silhouettes, s ...

to 3,66 km The bath in its waters is unbeatable, protected as it is from the rolling ocean by two projections that give it its shell-like appearance, and by the fame of its ...

to 4,49 km Cozy rural house with capacity for 8 people, including children. Warmly decorated taking care of all the details and fully equipped to make ...