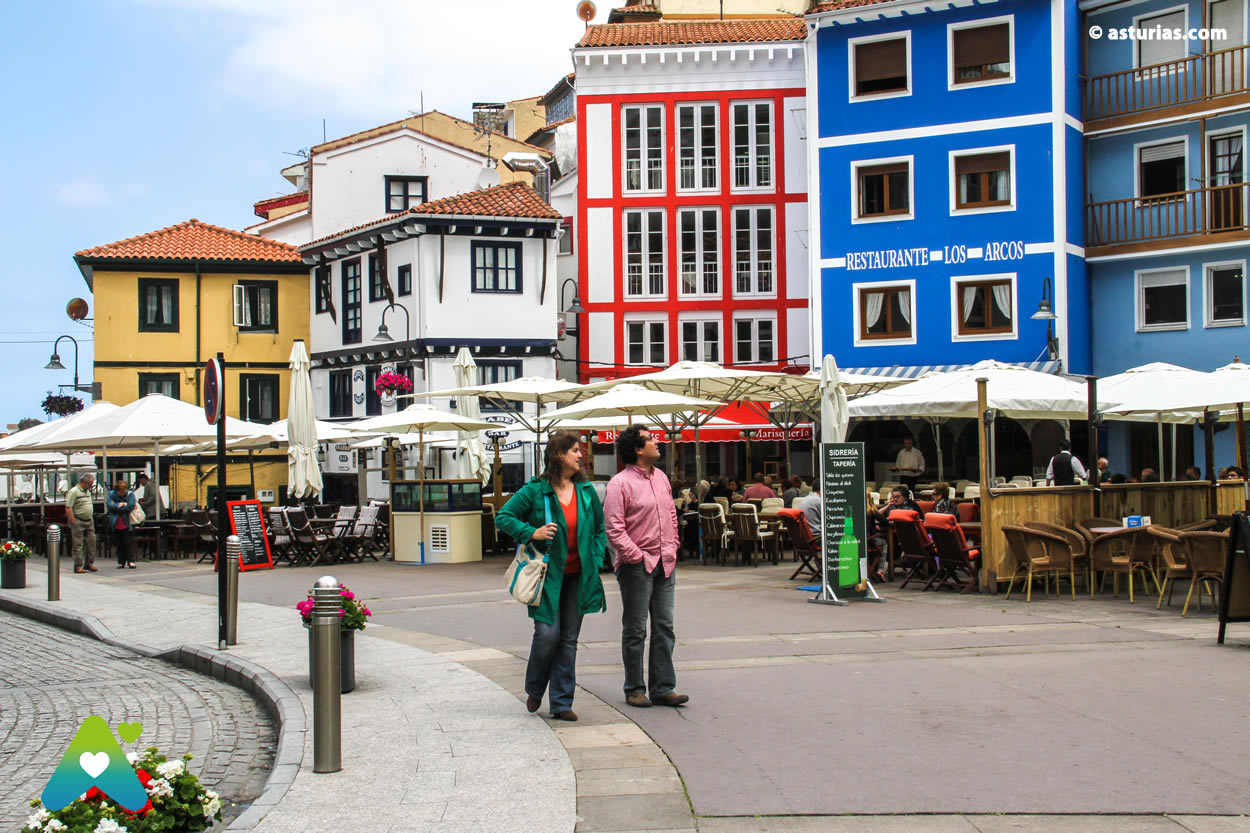 What to see and do, where to sleep, beaches ... Cudillero

What to see and do, where to sleep, beaches ... Cudillero

Cudillero is a council with a population of about 6.500 inhabitants, dedicated to agriculture, livestock, fisheries and services. Currently, tourism is an activity in frank progress. The town of Cudillero, capital of the council, is a town of fishing line.

It came to have the most important fleet in Asturias and one of the most important in the Cantabrian. In the area of ​​San Martín de Luiña, in the so-called valley or quarter of the Luiñas, the main activity is still farming. It is worth mentioning the area of ​​the brañas for being the cradle of Cowboys of Alzada.
Located on the central-western coast of the Principality, it borders on the west with Valdés, on the south with Salas and Pravia, and on the east with Muros del Nalón.

It has good communication routes, both by rail and by road: it can be accessed from Oviedo in a little more than 30 minutes by the N 632 motorway, it is only 10 kilometers from Asturias airport. Distances: Gijon at 51 km. // Aviles at 26 km. // Airport 10 km.

Historians say that the first settlers of the capital were fishermen from other ports on the Cantabrian coast or from farther seas that arrived escaping from the Normans. The shape of the port, in the form of an elbow or knuckle, could well have given the name to the town. In any case, the human settlement in the council goes back to the prehistory, with the discovery of carved songs and varied instruments in Salamir and La Atalaya, belonging to the parishes of San Martín de Luiña and Santa María de Piñera, respectively. In the municipality, five castros pre-Romanesque: La Garita, in Riego Arriba, La Cavona, in Lamuño, El Curión in Santa María de Piñera and El Castro, located in Peñedo.

Much of the Cudillero council was under the feudal power of the Omaña family for nearly three hundred years (from the XIII to the XVI). A fairly despotic domain that led to constant clashes and lawsuits. During the feudal stage, the fishermen formed their guild. Sailors sailed from here to the coasts of Flanders, England, Scotland or Portugal, and there were many who participated in the siege of Gibraltar and in the campaigns to conquer Seville and Florida.

The Modern Age confirms the villa pixueta as one of the main fishing centers of Asturias. The refurbishment of the port began in 1787 and, according to Jovellanos, cost real 400.000. The oldest building in the capital pixueta is the Capilla del Humilladero, Gothic from the 13th century, although what is still preserved today is only part of the primitive chapel, which was always linked to the devotions of the seafaring families.

At the end of the 19th century, the Palace of the Selgas in El Pito (place bordering the town of Cudillero), a palace complex, gardens and pavilions designed by the illustrious archaeologist Fortunato Selgas, which today is known as the Asturian Versailles.

What to see and do in and around Cudillero

La Concha de Artedo is, as Asturians say, a “beautiful beach”, at times “spectacular” for the senses. It can…

Cadavedo beach is part of the protected landscape of the western coast of Asturias, where the friendly profiles of…

· Weekly market, every Friday in Cudillero.
· Contest-exhibition of cattle on November 11 in San Martín de Luiña.
· Pinchu Hake Gastronomic Festival, in June, Cudillero.
· Fiesta del Curadillo, in the month of July or August.

to 0,09 km The word Cudillero refers to the collected form of its development. It has its origin in an organic analogy, that of the elbow. In the thirteenth century ...

to 0,12 km Town of Cudillero Houses that are staggered upwards, forming consecutive urban terraces that are gaining height; to better understand the f ...

to 0,88 km A century-old house restored in noble woods and stone. Close to the beach and the mountains, in a quiet place with very easy access, just 1 km from ...

to 2,41 km Of fine golden sand, it is surrounded by soft cliffs and forests, with carved rocks that seem to emerge from the sand like deliberate silhouettes, s ...

to 3,66 km The bath in its waters is unbeatable, protected as it is from the rolling ocean by two projections that give it its shell-like appearance, and by the fame of its ...

to 4,49 km Cozy rural house with capacity for 8 people, including children. Warmly decorated taking care of all the details and fully equipped to make ...

Municipalities and towns of Asturias
What to see on the central coast of Asturias?
Cudillero what to see