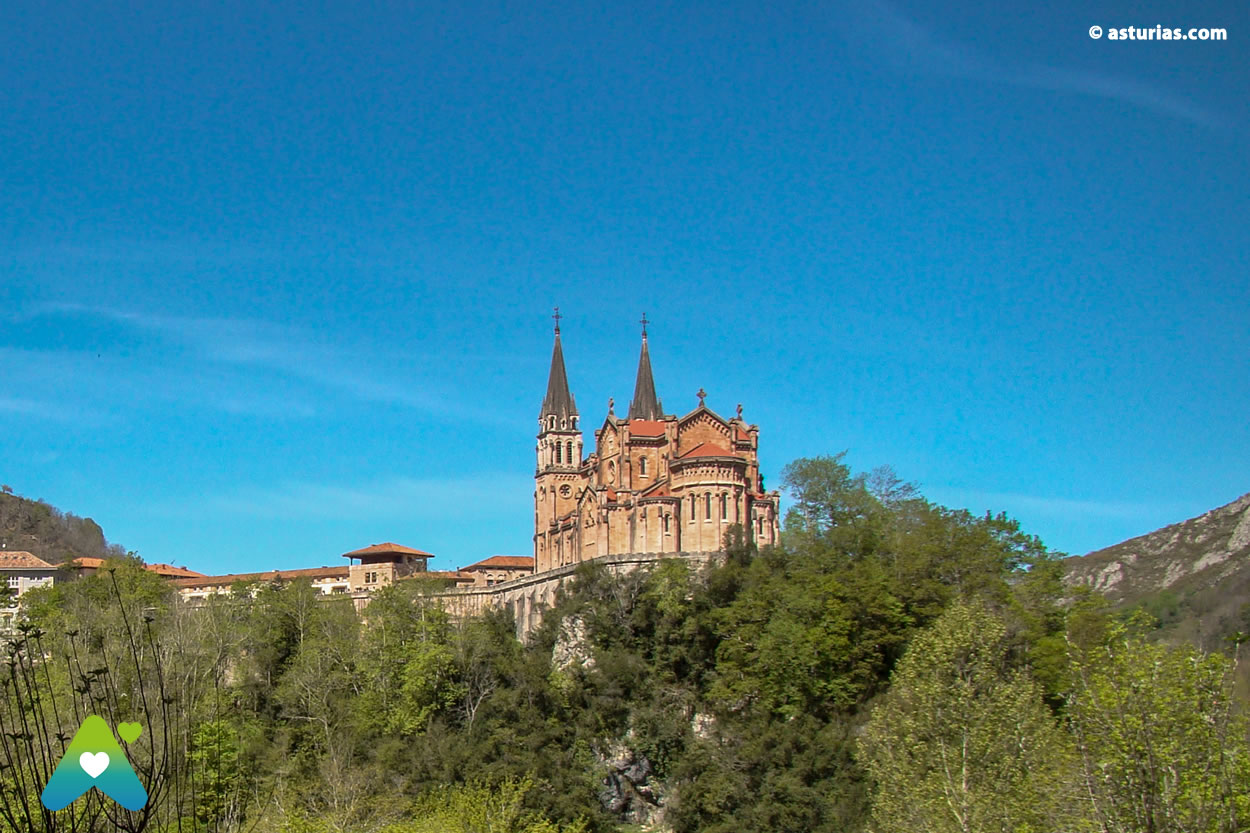 Covadonga and its surroundings is one of the cardinal points of Asturias. A sacred and beautiful latitude that the faithful, tourists and mountain lovers approach. There lies the image of the adored Santina, patron of the region. The average altitude of the place, on the way to the Picos de Europa or to the sky, makes it a crossroads of Asturian religiosity and its landscape.

Covadonga also has a lot of historical height. One of its most legendary heights is an unparalleled feat, a first-rate historical benchmark for remote Spain. In this place, armed with stones and little else, the territorial hordes they began the Reconquest of the peninsula and the constitution of an entire Asturian kingdom. With Pelayo at the helm, the Arabs retreated, humiliated. Legend has it that the Asturians patiently hid in the recesses of these mountains waiting for their chance. In 722 They would come out of their hiding place to see their faces with their enemy and finally succeed in what we know today as the Battle of Covadonga. The indigenous militias were far less numerous than those of the "infidels." The victory took on epic overtones and entered with its own name in the annals of history and in the chapters of textbooks. A sculpture of Don Pelayo in the vicinity of the basilica, shows us a firm and serene man, protagonist of an era.

The cave of the Virgin of Covadonga

In the name of the legend we can continue talking about Covadonga. Ancient chroniclers argued that the cult of Santina is older than it may seem, and that already in Pelayo's time the Virgin was highly regarded and decisively influenced the Christian victory. «Pequena and galla», as the song says, she has a cave for herself since then. Dug into the rock, it is, without a doubt, one of the most beautiful spots in Covadonga, and a few thousand pilgrims come to it every year in search of some extra grace for their lives. From this catholic, intimate and intimate heart, prayers take on greater meaning than cameras or a tourist gaze, although they also abound in the immediate vicinity.

The cave can be accessed by a staircase of 101 rungs in which it is usual to see demonstrations of penitents in fulfillment of some promise, many raise it on their knees, praying or kissing the ground, with candles lit or arms crossed, some giving thanks and others praying for a miraculous response from the Lady.

Etymologically Covadonga comes from the Latin expression "Cova dominica" which means "Cave of the Lady". On October 17, 1777 the sanctuary was practically destroyed due to a great fire. The current image of the Virgin, after this fire, has a gentler and more graceful face than the previous one, according to what is said. It is erected on a stone pedestal, and its size and delicacy justify the affectionate name of "la Santina". Along with her image rest the bones of King Pelayo and Alfonso I, and in the air they breathe the admiration that two Popes, John XXIII and John Paul II, professed on their visits to the Asturian sanctuary.

From the immense rock, just below the grotto of the Virgin, an impressive cataract that forms in its fall a lagoon in which the visitors must fulfill the rite of throwing a coin. The flash of vile metal remains without any lucrative function, sunk as a deposit only of immaterial desires. Another of the popular rites is associated with the Fuente de los Siete Caños, which is also under the cave and of which it is said verbatim: «the Virgin of Covadonga, has a very clear source, the girl who drinks from it, marries within the year». Anyone in a hurry to get married already knows ... quench their thirst in Covadonga.

The basilica of Covadonga

We went from the divine cave to human architecture. The beauty Basilica of Covadonga it was built between 1877 and 1901. The disappearance of her original plans, possibly in the course of the Civil War, left her without her original x-ray. However, this monument is considered one of the best examples of neo-Romanesque architecture from the end of the XNUMXth century. Not long ago, it celebrated its first centenary haughtily, always standing on the Cueto hill, on the edge of a semicircular abyss. The building It is visible from everywhere and it attracts looks like a powerful magnet with human eyes. Inside you breathe the expected calm, and an immemorial organ It sounds on the heights when it touches ceremony.

Until the end of the 8th century the cult was very poor; Some pilgrims arrived in Covadonga in the summer and especially during the Novena and Feast of the Virgin on September XNUMX. The Shrine had poor communications, and the canons did not reside there but instead came in turn to celebrate mass. Today everything has changed. A large group of ecclesiastics watch over worship and facilities, and visitors have grown in number to exceed all expectations.

It constitutes a natural gate to the Picos de Europa National Park. Only at 12 km, ascending through a narrow and steep road, you reach the beautiful places where the lakes of Enol and La Ercina meet: The Lakes of Covadonga.

to 0,20 km Following the course of the Covadonga spring, which is lost between chasms under Mount Auseva, forces us to make a small detour to find the point ...

Route to the Cruz de Priena

to 0,83 km The geographical crossroads, or what is the same, the abundance of crossroads, the junction points of different branches, but also the meaning...

to 4,26 km It takes its name from the homonymous places, one in the council of Onís and another in Cangas de Onís. The first of the councils is that the most renowned...

to 4,31 km Hotel located in a recently restored stone house from the early XNUMXth century. Located in the town of Corao, close to Cangas de Onís, Cova...

to 4,31 km Hotel located in a recently restored stone house from the early twentieth century. Located in the town of Corao, near Cangas de Onís, Cova ...

to 4,58 km Santu Colás is a rural house with a modern structure and traditional air. It is located near Corao, a small town in Cangas de Onís, in ...