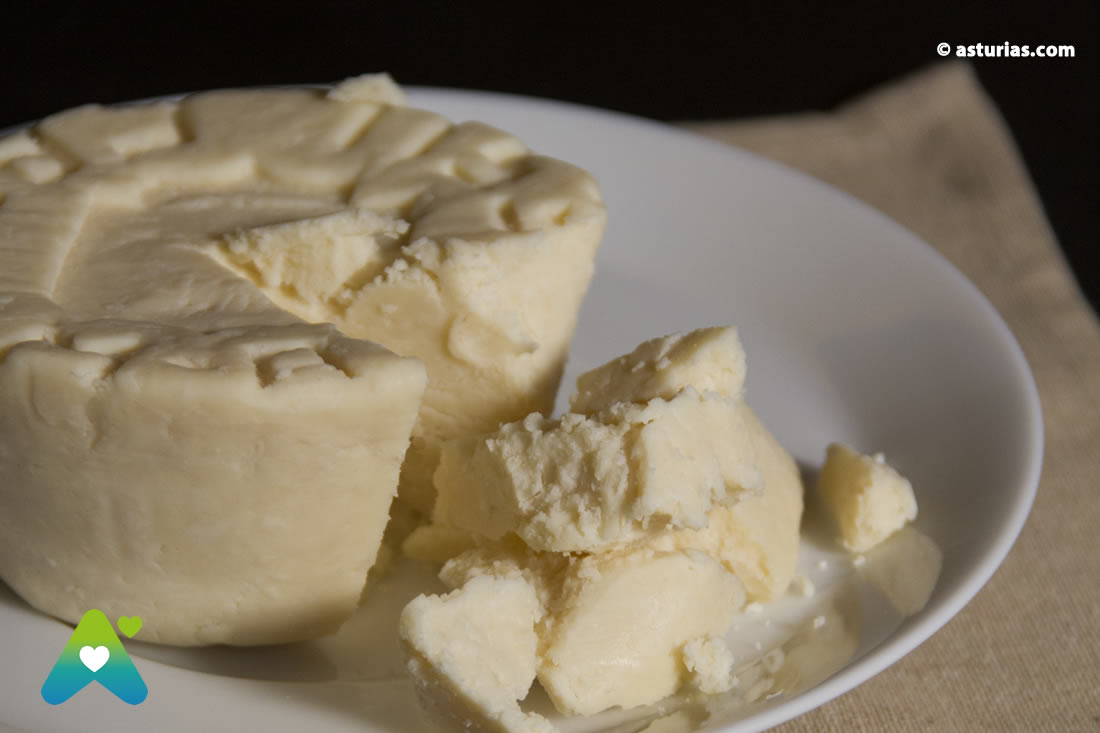 The Casín Cheese is one of the jewels of the Asturian dairy products. Elaborated in the case council, inside the Redes Natural Park, is, perhaps, one of the least commercialized cheeses in Asturias despite the fact that in 2006 it obtained the Protected Designation of Origin. Due to its unprecedented quality and flavor, it is at the same level as two of the Principality's dairy monarchs, such as Cabrales or Gamoneu, and only a certain anonymity continues to keep it from a deserved popularity.

Its distinctive flavor is a conjunction of at least three factors: casina exclusive cow's milk, an autochthonous breed dedicated mainly to the production of meat, with a very limited yield in dairy production, but that when grazing in very rich and exclusive places generates a high-fat milk. The second of the factors is the rennet used, made from dried pork stomach, which gives the cheese a unique flavor. And the third, the strictly artisan process that is followed throughout the elaboration and the curing time.

The origin of Casín cheese it is actually unknown, but it is clear that it is very old. Legend has it that after the battle of Covadonga, the casinos gave Don Pelayo a cheese so large that in order to transport it, a local car had to be used. Until the seventeenth century, cheese, along with butter, was a common kind of payment. As well Jovellanos, in his letters to Ponz, gives an account of the «extraordinary success» of Casín cheese in Paris.

As ancestral as its origin is it's taste. It is surprising for the layman to taste such an intense cheese in all aspects; fatty like few others (with a minimum of 55 percent fat), untamed in its aftertaste, and very nutritious due to its high protein and calcium value. Its color is yellowish, with whitish tones, creamy and without rind. Its very powerful aroma. Its texture is firm and compact, somewhat coarse. The taste is strong and somewhat spicy, a bit wildDifficult to assimilate for certain palates, with the rustic aroma of very cured butter, persistent and slightly bitter at the end of the mouth. Its most common weight is about 250 grams and it is coined with a stamp that gives it a very characteristic relief and gives it more personality if possible.

Casin cheese is a very worked cheese, a "woman's cheese" could be said, because the industriousness, the care and the care that requires its elaboration have always required the female hands. It is women casinos who have the secrets, who learned from their mothers and grandmothers, and those who currently continue with the elaboration.

The process starts by heating the milk to about 35 degrees or at the temperature of the blood: when, throwing a drop on the back of the hand, neither cold nor heat is felt. This is explained by oral tradition. Then it is added artisanal rennet from dried stomach of pork. Once the rennet is drained, it is left to dry wrapped in a cloth, no more than fifteen days, then it is passed through the kneading machine and the gorollos are formed, truncated cone-shaped portions that have to be reeled up (go through the roller) , repeating the process over and over again. The rest time is a fundamental factor that will have a great influence on the power of flavor and spiciness that you want to achieve. The longer, the more strength the cheese is taking.

The next operation is to go back to knead the "gorollos", this process can be repeated twice to make a soft cheese, and up to ten for the most spicy and strong. The more thinner the cheese becomes, the better it will heal and the taste will be fuller. This is because the microorganisms that are deposited, naturally, on the cheese, are incorporated into the dough in each rabiladura.

When it is considered that the last pass has been given to the dough, It is carefully molded by hand, giving it a spherical shape and then beating it against the table to obtain circular and flat pieces.

Finish the manipulation by marking the cheese on the upper side with a wedge. The identifying sign of the house. After a cure of two or three months in a cool and ventilated place, the cheese is ready to be consumed.

Coinciding with the last Saturday of August, the annual Casín cheese contest, where the artisanal producers of this cheese go, is held at La Collada de Arnicio, a division of the Nalon and Sella basins.

Today they are made more than 40 varieties of cheese in AsturiasSome of the best known and most popular are given to you, if you want to discover something more about the best cheeses ... 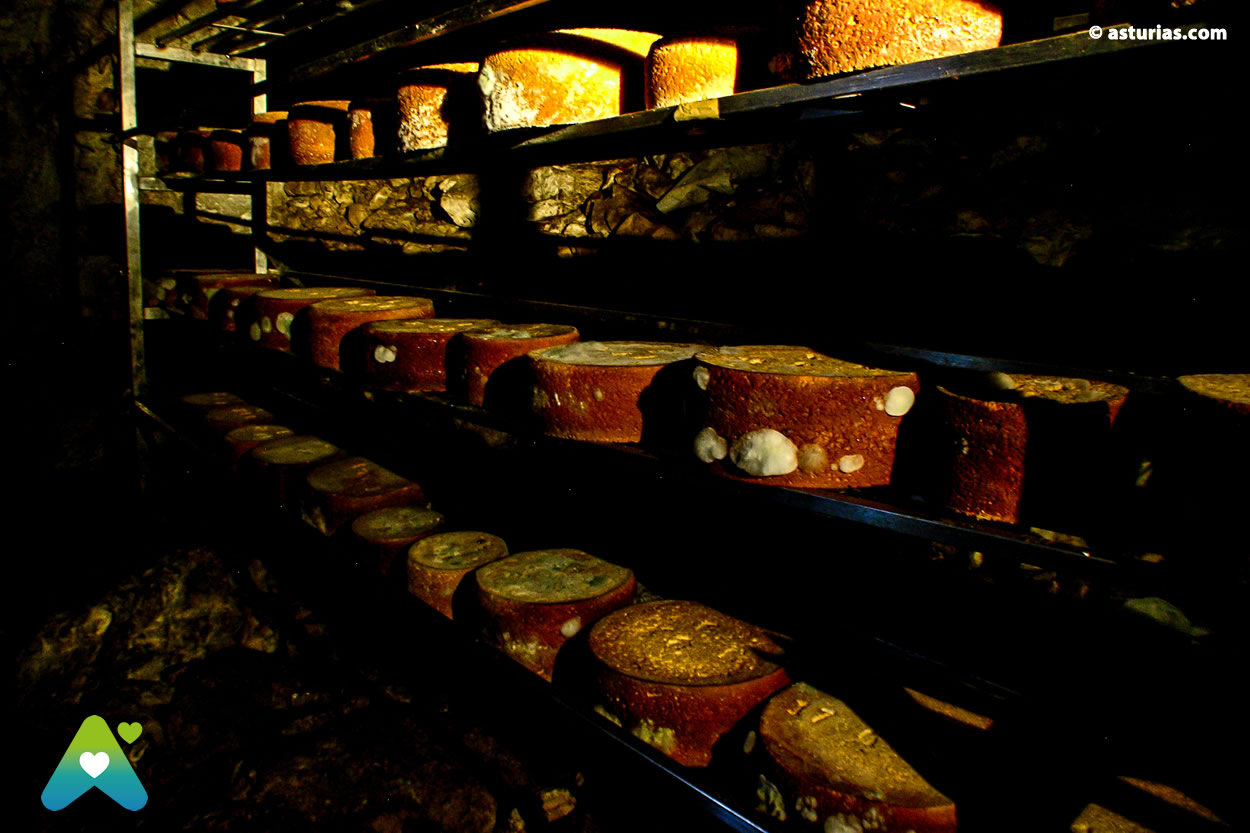 Of the 42 varieties of cheeses that Asturias has, it is difficult to choose only 10. We make a list of the best known outside our borders and the ones we like the most ...

to 23,39 km We are a small traditional and family dairy where the quality of the milk and the welfare of our animals comes first. Our dairy, created in 2010, is committed to the ...

to 23,58 km GEOFACE is an Asturian company of excursions and guided visits that operates throughout the region. We are specialists in ecotourism, cultural tourism and hiking. All of our guides are G ...

to 23,74 km Home cooking in a quiet and pleasant environment. We are surrounded by nature, a perfect place to disconnect from the daily routine and enjoy some simple and tasty dishes ...

to 0,12 km Biosphere Reserves are internationally recognized, although they remain under the sovereignty of their respective countries and are not covered or protected by any international treaty ...

to 0,92 km Asturian pastures are the raw material for its meat. The green landscape of this community is populated by cattle that are born, raised and fattened in a privileged setting. The...

to 1,47 km To speak of "madreñes" is to speak of a culture, such as the rural one, which in Asturias coexisted for decades with unpaved roads, and flooded caleyas that required indigenous footwear ...
See more things near here
Stainless steel work

Cheese from Asturias at the World Cheese Awards