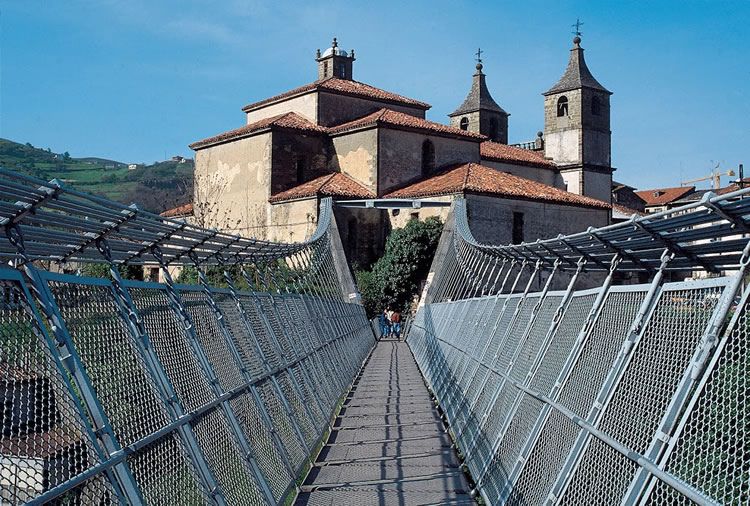 The most untamed Asturias is found in the vast council of Cangas del Narcea. An often unexplored territory that represents almost an 8 percent of the total area of ​​the Principality and that is loaded with attractions throughout its length and More than 800 square kilometers: bears, forests, valleys, natural parks, fast-flowing rivers, rich heritage and unique and own gastronomy, including local wines such as Cangas wine. In this area there are the only Asturian vines.

Cangas del Narcea has traditionally been isolated, bad communications and the remoteness of the large urban centers of the region have meant for this region a character of recondite island within Asturias. The most positive consequence of this continued isolation is the extraordinary conservation of its natural environment as in a few places in the Bay of Biscay. A scarcely altered nature, with notable examples of autochthonous forest and an enviable wildlife that he has found in these lands one of his last survival strongholds.

Do we locate Cangas del Narcea?

This great habitat limits to the north with the council of Tineo, to the south with Degaña and the Leon region of Laciana, to the southwest with Ibias, to the east with Somiedo and to the northwest with Allande, all councils in which the natural ecosystem is a diamond in stupid. To approach Cangas de Narcea is to run into the nature by the four sides, in a huge area where the unalterable predominates and where some of the unpleasant contemporary scourges as urban pressure, pollution or stress are no more than anecdote.

The Brown Bear Foundation They have a permanent patrol in Cangas that watches over the development of plantigrades. Several narceanic enclaves have the accreditation of excellence in sustainable tourism. The Narcea River and its tributaries act as the backbone of the territory. The mythical Forest of Muniellos, declared a Biosphere Reserve by Unesco, is impressive, no less than the beech of Monastery of Hermo, the natural park of Sources of Narcea, the valley of the Coto River or the ubiquitous brañas, vestige of a culture based on livestock.

The size and quality of this natural space is also a paradise for fans of hunting and fishing in Asturias. The hunting activity, which has great popularity here, is perfectly regulated. The salmon preserves of Narcea are among the most fruitful of the Principality; the repopulation with fry and the cleaning of river basins is another asset in a municipality where ecology and economy go hand in hand.

Although the humidity of the Bay of Biscay does not seem to favor wine harvests, the truth is that Cangas seems to enjoy a unique microclimate, giving rise to a vineyard full of native varieties. A wine that has denomination of origin and whose geographical area of ​​production includes the councils of Cangas del Narcea, Ibias, Grandas de Salime, Illano, Allande and Pesoz, extending the processing area to the Degaña council that currently has a important elaboration cellar. An unmistakable wine: floral and fruity aromas typical of grape varieties; broths clean, bright and transparent. The grape varieties allowed are: mencía, red and white albarín, verdejo red, red cascarín, picapoll blaco, and white albillo. All producers and wineries under the denomination are subject to various controls, through the declaration of the harvest and notification of the date of harvest.

No less important than the natural heritage and its fruits receive the artistic heritage cangués. The abundant tumuli and hill forts distributed throughout the territory speak to us of the long and extensive local history, as well as the memory of the Roman auriferous exploitations, still visible in several places. For many centuries it was the Corias Monastery cultural center of this whole region. Today it is the most important monumental work of the Council, declared in 1.982 National Historical - Artistic monument. Known as the Asturian Escorial, it is located in the town of Corias, two kilometers from Cangas. In its medieval origins, the regency was carried out by the Benedictine Order, which soon became the most important religious, cultural and political focus of western Asturias. The foundation of this Monastery gave way to an era of splendor in the area, from the artistic and cultural point of view, when being built large number of rural churches of Romanesque and Gothic styles. During the Modern Age the council was the land of nobles, illustrious noblemen and surnames who achieved great renown in the political and economic life of the country, building along its geography Beautiful Palaces and Casonas, which, like the churches, has reached us.

The village of Cangas del Narcea It is the capital of the municipality. It is situated in the narrow valley where the Luiña river or the Naviego river gives its waters to Narcea. It is the head of the south-western region of the Principality, concentrating on it all administrative, teaching or hospital services. Its area of ​​influence includes not only the municipal territory itself, but also the councils of Ibias, Degaña, Allande and Tineo. Between the historical buildings The capital of the capital is the Peñalba palace (18th century) or the Sierra-Pambley palace (16th century). The Church of Santa María Magdalena is a good example of Asturian Baroque.

In the middle of summer, in the second half of July, Cangas commemorates the festivities of the Magdalena and the Virgen del Carmen; the latter is the great protagonist of the famous downloads. In his honor thousands and thousands of fliers are launched, exploding in a sound show that is difficult to describe and is known as The Great Discharge. The emotion is accompanied by the overwhelming roar of the explosion of gunpowder, which manages to shake the earth under our feet.

From the center of Asturias you can access Cangas del Narcea by the AS-15, which in Cornellana (Salas) part of the N-634.

From the province of León and more specifically from Villablino you can choose the AS-213 through the Port of Leitariegos or the AS-15 that crosses the Degaña council, saving then the Puerto del Rañadoiro. Other three roads communicate the council with the bordering municipalities: the AS-14 with Allande and the AS-29 and AS-211 with Ibias.

to 0,50 km Asturias has the privilege of still possessing forests of extraordinary beauty and enormous biological wealth, populated by hundred-year-old trees, bears or ur ...

to 0,50 km Nowadays, for a decade, new producers have tried to save an enviable heritage. Although the humidity of the Cantabrian Sea does not seem favorable ...

to 0,63 km Just a few years ago, few people could boast of having seen a bear in the wild; at most some footprint or excrement. At present, he ...

to 1,46 km La Casona II is located in the central area of ​​Asturias, on the banks of the Narcea River where you can fish for trout and salmon or enjoy its waters. Close...

to 16,62 km In 2000 it was declared a Biosphere Reserve by UNESCO and is currently the most protected natural area in the entire Principality. To see it he has ...

to 18,52 km I have been there many times since I was "hooked" and each time I go the sadness caused by checking his condition is inevitable. Of the entire monastic ensemble ...

to 20,44 km In this territory, which includes inhospitable places, one of the most marginalized ethnic groups in the history of Spain lived until the middle of the XNUMXth century ...