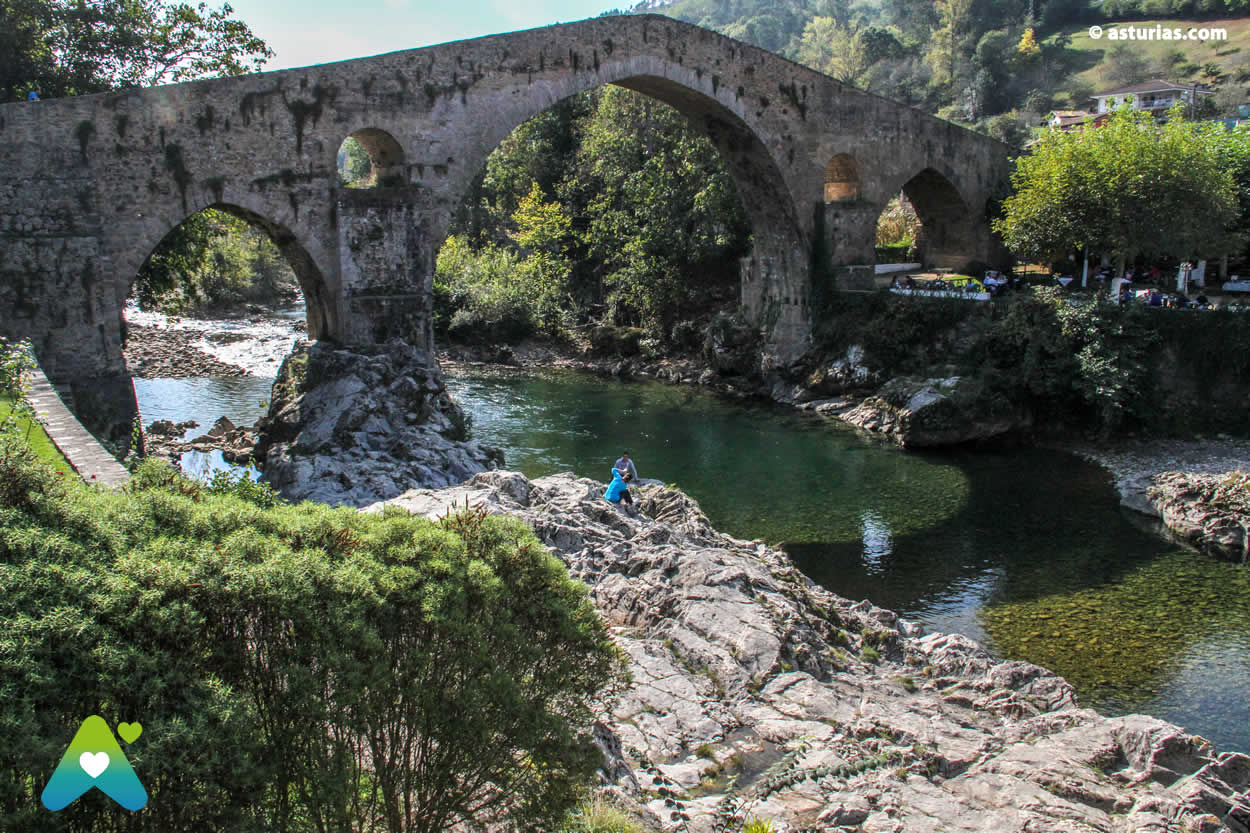 What to see and do, routes, where to sleep and eat ...

What to see and do, routes, where to sleep and eat ...

Cangas de Onís is an emblematic place of the Principality. It is famous for its perfectly preserved Roman bridge and for hosting the Battle of Covadonga in 722, which emerged as the first focus of resistance to the Muslim invasion. This battle, won by Pelayo, initiates the Reconquest and enables the establishment of the Asturian kingdom, based in Cangas de Onís.

At present, Cangas de Onís has become a important tourism center, thanks to its scenic beauty, its history and art, its gastronomy ... promoting above all a rural and active tourism in which hunting, fishing, mountaineering, adventure sports, etc. can be combined.

The main population centers are Covadonga, Villanueva, Corao, Labra, Tornín, Mestas de Con, Intriago, Zardón, Margolles and Triongo. It limits to the north with the councils of Ribadesella and Parres, to the south with the province of Leon, to the east with the councils of Llanes and Onís and to the west with Parres and Amieva.

In the council there were marked paleolithic settlements. In rock art they emphasize the caves of Buxu, los Azules and la de la Güelga. There are also good examples of Romanization in the area, whose emblem is the Roman bridge located in the same Cangas de Onís.
In the 8th century it starts the reconquest of the Spanish territory from this location. The monastery of San Pedro de Villanueva and the temple of Covadonga are attributed to the reign of Alfonso I.
In 1374 a clause of the testament of Enrique II already denominates to the council like Cangas de Onís. It is worth mentioning the disaster that occurred on the sanctuary of Santa María de Covadonga on the 17 of October of 1777, date in which a fire in the cave causes enormous losses. Thanks to the kings Carlos III and Carlos IV it was possible to reconstruct completely.
In 1808 the news of the Napoleonic invasion originated a popular uprising in Cangas, forming an Asturian army divided into two regiments. In this century, there was a great phenomenon of ultramarine emigration, as it happened in other councils in the region.
At the end of the 19th century, the council experienced great growth, thanks mainly to an improvement in communications.
The twentieth century begins with two important events for Cangas de Onís, the granting of a city title on the one hand and the creation of the Covadonga Mountain National Park for other.
During the Civil War the city was bombed and occupied, the Chapel of Santa Cruz, and also Covadonga, suffered significant damage. During this period the image of the Virgin of Covadonga was in Paris, bringing it back to Covadonga once the war was over.

· Ascent to Arbolín Peak.
· Excursion to the Vega de Ario.

We leave to make this evocative route of the holy place of Covadonga, near the cave of La Santina, from where…

Cangas de Onís has a wide repertoire of festivals and fairs that are celebrated by the different towns of the council. Highlights the broad calendar of fairs and contests related to livestock and agriculture.
The interest is San Antonio festivities, held in the capital in June, and the Pastor's feast that take place in the same Vega de Enol and that takes place at the end of July. In Covadonga, the September 8, commemorates the Day of the Santina, which in turn is a regional festival.

Today, the Mercau de Cangas resembles in more than one way that of two hundred years ago. I know…

· Casina Beef Days, variable in May or June.
· Gastronomic days of the Sella (salmon and products from the garden) in June.
· Cheese exhibition contest, 12 in October.

The best rural houses, apartments and hotels in Cangas de Onís. Offers to enjoy in a unique environment. Accommodations of…

The House of the Jaya

to 0,33 km The Lagos de Covadonga Classic Cycle Tour is one of the most surprising sporting events in the Bay of Biscay. With almost 2.000 participants, the se...

to 0,36 km ONLINE RESERVATIONS Our APARTMENTS in the urban area of ​​CANGAS DE ONÍS, make up the other part of "ALOJAMIENTOS FERMÍN". Distributed in different ...

to 0,36 km Fermín Accommodations 2-star FAMILY-friendly guesthouse, it is located in the URBAN CENTER OF CANGAS DE ONÍS in a quiet area, with numerous ...

to 0,36 km The Sunday market in Cangas de Onís is the most authentic souk in the eastern region of Asturias. Jovellanos in the Diaries of him described this market of ...

to 0,37 km In the 12.000th century, during the coastal region, more than XNUMX salmon were caught in the Sella alone. In the Benedictine monastery of San Pedro de Villanueva, ...

to 0,55 km The classroom, a cultural facility that glimpses great historical horizons, is located in the old church of Cangas de Arriba and seeks a closer ...