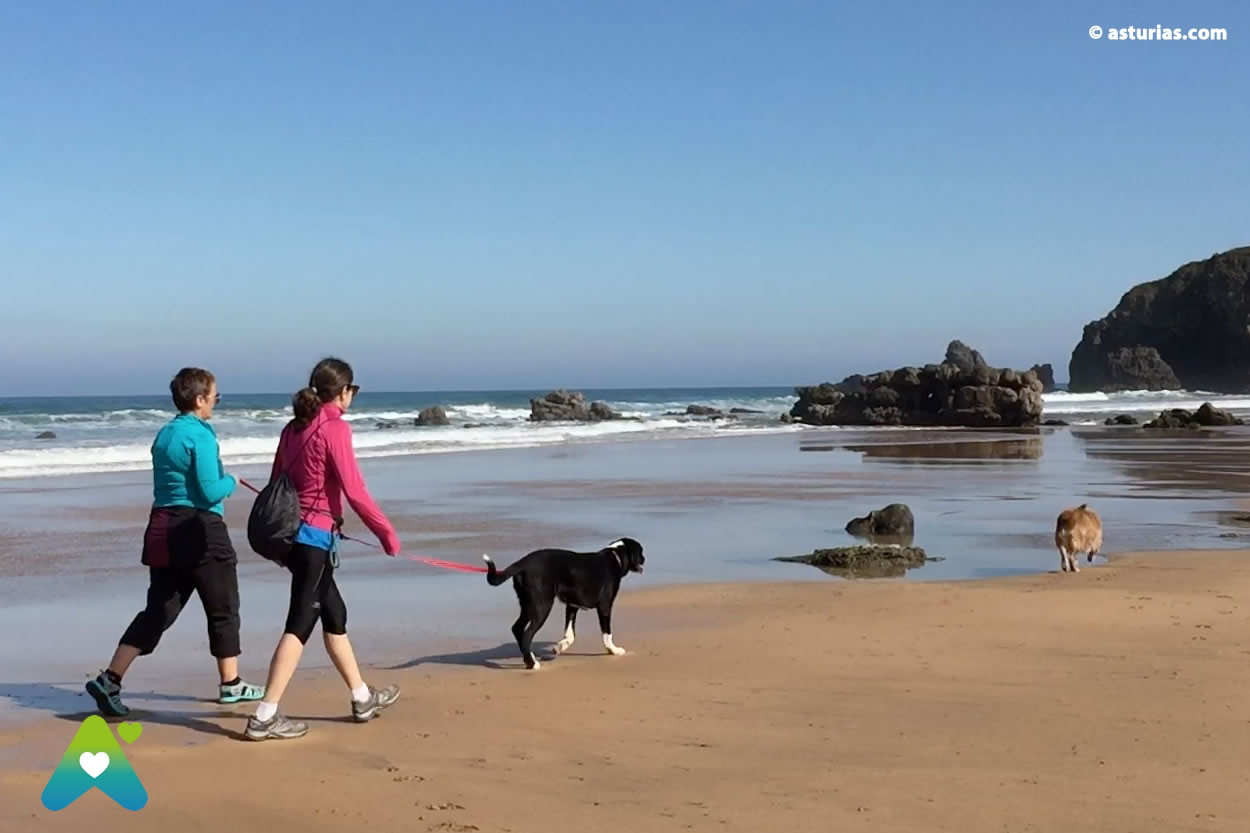 Everyone knows the battle of dog owners to access the beaches. There are areas of Spain where it is easier, Valencia and Alicante are among the most permissive provinces, but there is no common legislation.

The Spanish coast is governed by the national Coastal Law. Likewise, the autonomous communities also have their autonomic regulations on said management, and it is the latter and the town councils that normally prepare the regulations.
Among the municipal powers is: «Maintain the beaches and public bathing places in the proper conditions of cleanliness, hygiene and health, as well as the observance and instructions issued by the State Administration on the rescue and safety of human lives.»

But in no case give legislative authority to these municipalities to make ordinances that prohibit or deny access to dogs to these beaches.
In any case, as there are fines and penalties, it is better to know in advance where we can enjoy a quiet day at the beach with our pet.

With comfortable access to take your friend:
Tazones Beach
The main road ends just in the port, it is accessed without any problem. Of course, it is better to leave the car in the car park as soon as you arrive because Tazones has small dimensions. Count Bowls with one of the most important deposits of dinosaur footprints in Europe, a generous contribution to the increasingly popular Asturian Jurassic coast. On the beach we see another explanatory panel that tells us that at about 120 meters we can see the traces of these monsters from the past.

With more difficult access:
Conejera Beach
First we have to get to the beach of Rodiles and once we reach the first ground parking, we leave the car and follow the track that ascends in an easterly direction until we reach the facilities of a water treatment plant. The beach of Conejera is a pedrero of great cliffs that fishermen enjoy almost exclusively. There is no signage.

With comfortable access to take your friend:
El Escanu Beach
Arenal located in the port of Lastres. Located near the old front line canneries.
Of yellow and soft sands, it has been conformed by the influence of the marine currents after the construction of the port. The accesses to the beach are a staircase made in the rock from the port road or from a ladder made on the wall itself.
Its orientation This makes that, as the afternoon falls, it is quickly invaded by the shadow.

El Barrigón Beach
The easiest way to access it is from the adjacent beach of La Isla. El Barrigón beach is made up of fine yellow and soft sands as well as a multitude of rocks that emerge to the surface, so when bath time A special precaution is required in order to avoid possible injuries.
Residential area with numerous chalets and private plots with direct access to the sand.

Beciella or La Barciella beach
It can be accessed in two ways: the first access is pedestrian, along the coast from La Espasa, and the second access by car from Caravia Alta; this second is less advisable given the poor condition of the land.
The right area is called Punta de Atalayas due to the rocks that abound and here flows into the little river of Los Romeros and, on the left, there is a rocky outcrop called El Viso.

Santa Marina Beach
Urban beach of Ribadesella, in it the dogs have access outside the schedule of bath in summer season. It is flanked by Mount Somos and el Corberu, and from its promenade you can enjoy a good number of villas, mansions and modernist villas that give it a greater charm.
During the beach rescue season - summer season - the access of domestic animals may take place between 21 and 8 hours.

Berbes Beach
To this beach it is acceded taking the detour, that from the N 634 and advancing towards Vega from the town of Berbes, it is in first place. It is in quite bad condition, due to the passage of the trucks to the facilities of a mine. There is a short path, although you have to pay attention when descending. This beach differs from that of Vega in that they are the first 400 m. of a sandy area that becomes very extensive at low tide.
You can see the Vega beach on the horizon separated by just a small promontory of rocks. Vega has spectacular dunes, with inhospitable and protected flora, more typical of a "western movie" than an Asturian beach. In the town of Vega we will also find catering services with very good service.

Pedral de Tereñes
At the western end of the Santa Marina beach you take the road that goes up Tereñes, a few kilometers from Ribadesella. Once there, it is accessed by a steep path to the pedral and we come across a thousand rocks, large and small, through which it passes awkwardly. Once down we walk to our right, towards the eastern slopes of the pedrero. Dinosaur tracks proliferate everywhere. In addition to the classic depressions on the rocks, there are also counter molds, which are very abundant.
On the eastern coast of Asturias every day that passes more fossils and traces of a fertile colonization of dinosaurs appear. The coastal strip that extends from Tazones (Villaviciosa) to Camangu (Ribadesella) through Tereñes.

The bath in Tereñes is very safe due to the tranquility of the waves and the almost total absence of currents, but it requires special care because of the large amount of rocks under the surface of the water.

Beaches with dogs in Gijón