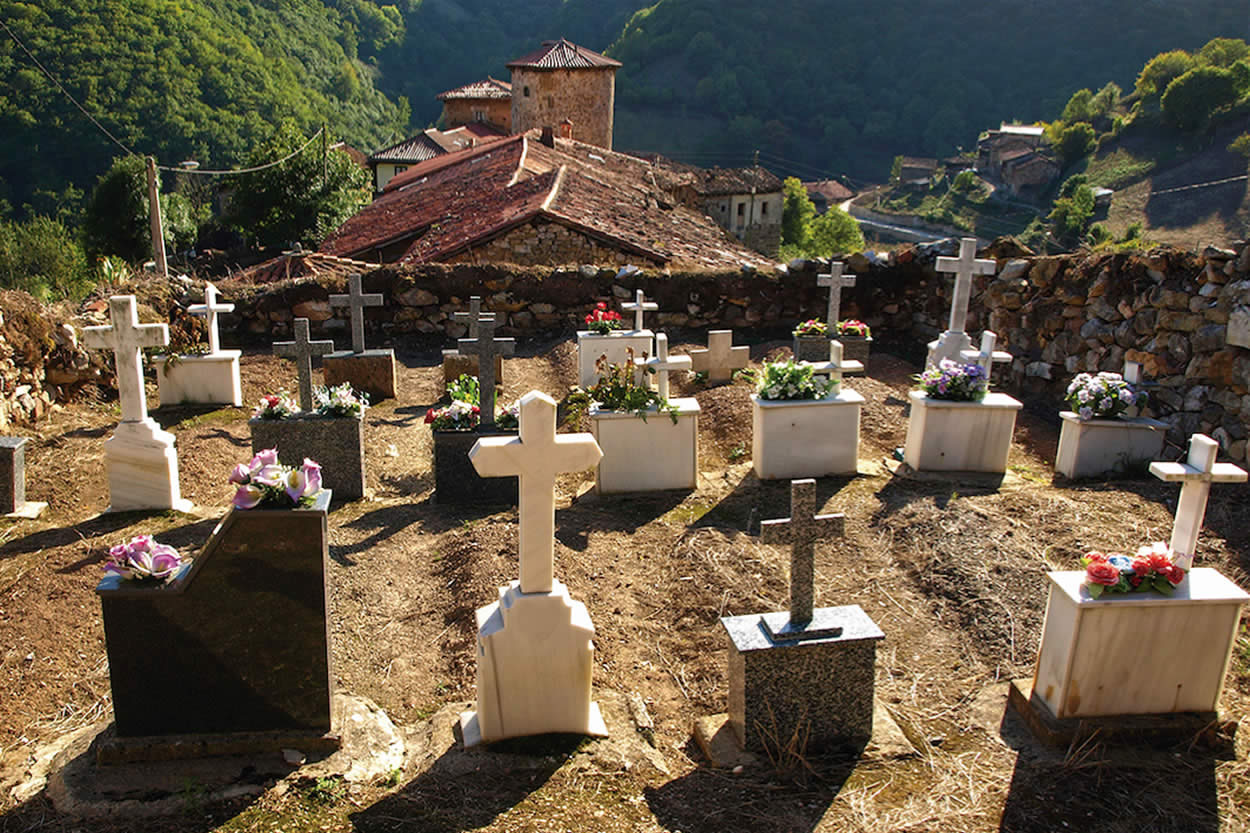 All roads lead to Vandugio

All roads lead to Vandugio

Proaza, one of the councils, together with Santu Adrianu, Quirós and Teberga, through which the popular Senda del Oso passes, also has one of the most attractive towns in the area: Banduxu, known in the High Middle Ages as Vandugio. It can be reached perfectly by road, well signposted on the right at the exit of Proaza in the direction of Quirós and Teberga. Of course, it is a regional road with simple sections and others narrower, with curves and uphill, for which you enjoy wonderful views. Patience and relaxation.

One of the most photographed neighborhoods is El Palacio, where there are two representative towers, being the circular one of main importance, in which the shield with the coats of the Tuñón, the Miranda and the Bandujo is located. El Campal, La Molina, Entelaiglesia, La Reguera and El Toral are its other neighborhoods. The church of Santa María is also striking, in addition to the significant number of granaries and bread baskets, without forgetting the laundry, the mill and the no less handsome, although it seems strange to say, cemetery, perched on a hill above the El Palacio neighborhood.

Banduxu can also be climbed on foot. The hiking route is found after leaving Proaza and Caranga Baxu behind on the highway to deviate towards San Martín de Teberga. Then, at kilometer 21, there is a space at the edge of the road to leave the car. To start the route you have to enter the Senda del Oso, after crossing the bridge. The three-kilometer climb introduces the traveler into a forest and a small gorge through which the Regueirín river runs. It has cobbled areas where, with the humidity, it is easy to slip; therefore, it is essential to be well equipped and with the right footwear. The hardest section, also all in stone, is the zigzag climb, very pindian, of about 700 meters, which leaves people in poor shape breathless, but little by little it is reached. You have to take it easy.

How to go to Bandujo?

By AS-228, which takes us to the Valles del Trubia, Santo Adriano and Proaza. After crossing the latter in the direction of Quirós and Teverga, and just almost at the exit, on the right, you can see the Banduxu indicator, along a road that goes uphill and through which you pass, before reaching our destination, by Proacin.

If you want to know first-hand routes and places like this, we recommend you buy the book «Asturadictos», written by Ana Paz Paredes, journalist and writer, specialist in rural themes of all kinds, gastronomy and tourist routes in the region.

© · Texts and photos taken from the book "Asturadictos" by Ana Paz Paredes, edited by Delallama Editorial.

to 5,59 km La posada de Proaza is located in Proaza, in a rural setting of mountains. San Pedro Collegiate Church and Teverga Prehistory Park are...

to 5,87 km Its highest point is Picu Caldoveiro, a summit that reaches an altitude of 1351 meters. An old royal road crossed the ports of Marabio, which served ...

to 6,17 km asturiasasturiasHere we propose routes, excursions and activities in nature to do with the little ones in the house through Asturias... Crossing in...

to 6,77 km It is a visitor reception center, tourist information point and has a small souvenir shop. The exhibition area has been renovated ...

to 7,50 km Teverga one of the most emblematic destinations of rural tourism in Asturias, the tourist offer is very complete, with multiple possibilities in which ...

to 7,94 km It was 40.000 years ago that Homo sapiens sapiens arrived in Europe. It displaces the Neanderthals and becomes the dominant species. It inhabits caves and opens ...

Teverga, what to see and do

What to do in Asturias
Charming villages of Asturias
Somiedo