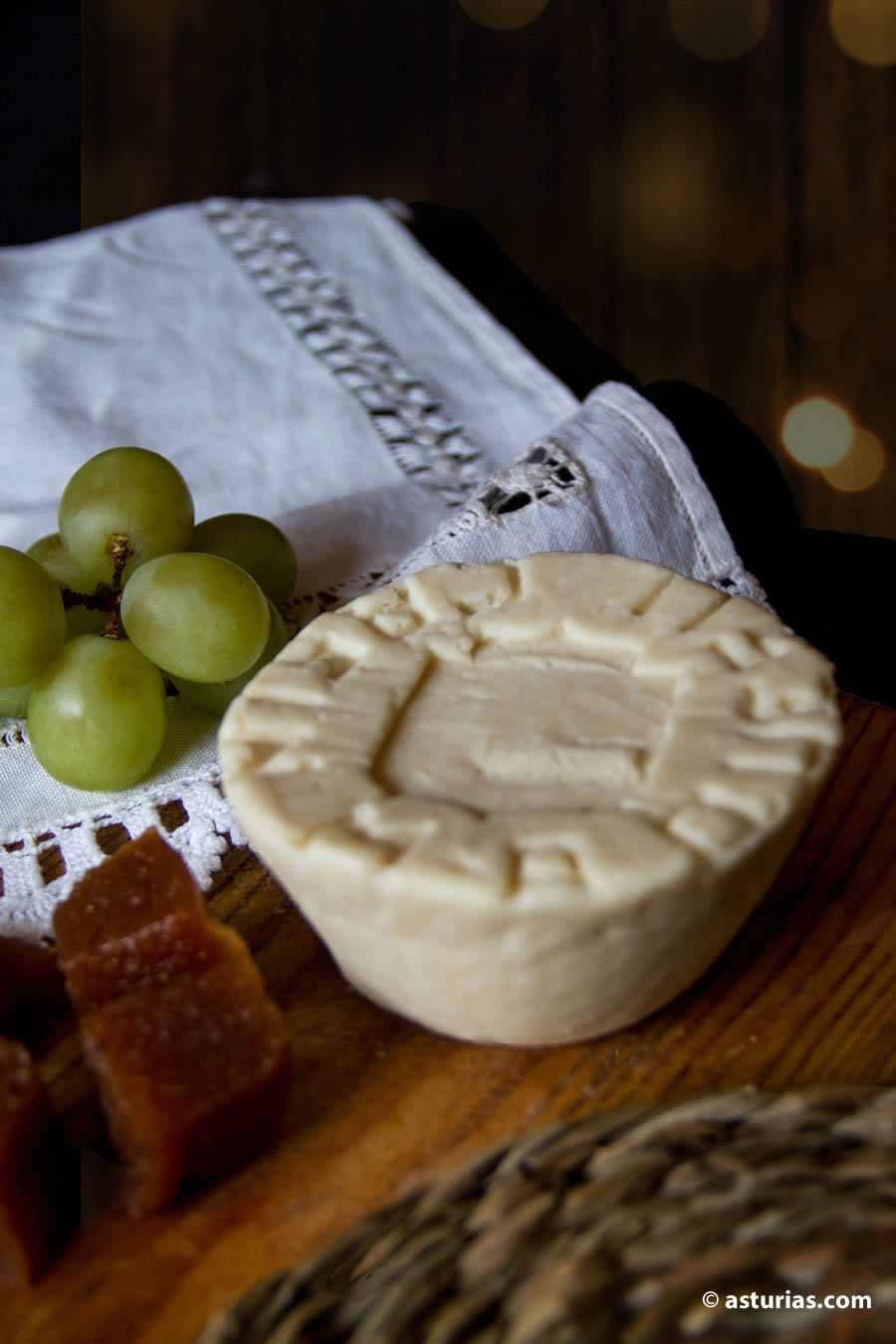 The oldest cheese in Asturias

Legend has it that after the battle of Covadonga, the casinos gave Don Pelayo a cheese so big that in order to transport it, a local car had to be used.. Until the seventeenth century this cheese, together with butter, was a common kind of payment. At present it preserves its millenary elaboration in the surroundings of a Biosphere Reserve of Asturias.

Casín cheese is a very worked cheese, one of the jewels of Asturian dairy products. It is prepared in the municipality of Caso, inside the Redes Natural Park, and since 2006 it has the Denomination of Origin. It is a cheese of recognized quality, which is carefully molded by hand, giving it a spherical shape and then hitting it against the table to obtain circular and flat pieces.

Weight: pieces of 270 gr. approx.
Ingredients: whole and raw cow's milk, ferments and salt.
Features: It has a smooth and tenuous rind, since through successive kneading the maturation is uniform and simultaneous inside and outside. Dark creamy yellow color, with whitish hues. Firm, friable, semi-hard to hard paste, yellowish color without eyes, crumbly when cut; buttery texture on the palate.
Strong flavor, broad, persistent, spicy and slightly bitter at the end of the mouth, strong aftertaste.
Accompaniment: apple fudge combines perfectly with the intense flavor of this cheese, as well as cider gelatin or ice cider.
-----

Cheese Factory Redes
Saying Casín cheese is talking about Marigel Álvarez, one of the best and most recognized cheese masters in Asturias. Since 1990, the production of this cheese variety has been resumed in Case Field, there he is in charge of his cheese factory, perfecting an artisan process loaded with tradition.
The cheeses made by the artisan Marigel Álvarez are framed by the shield of the Caso council, surrounded by the words “quesu casín” and the initials MA

AWARDS
· In 2012, the Government of the Principality of Asturias awarded her the Asturias Medal, in its silver category, in recognition of her career as an artisanal producer of casín and livestock cheese, which has contributed “in a fundamental way” to this cheese variety has obtained the Protected Geographical Identification (PGI) and later, the Protected Designation of Origin (PDO). Hello 👋
How can we help you?