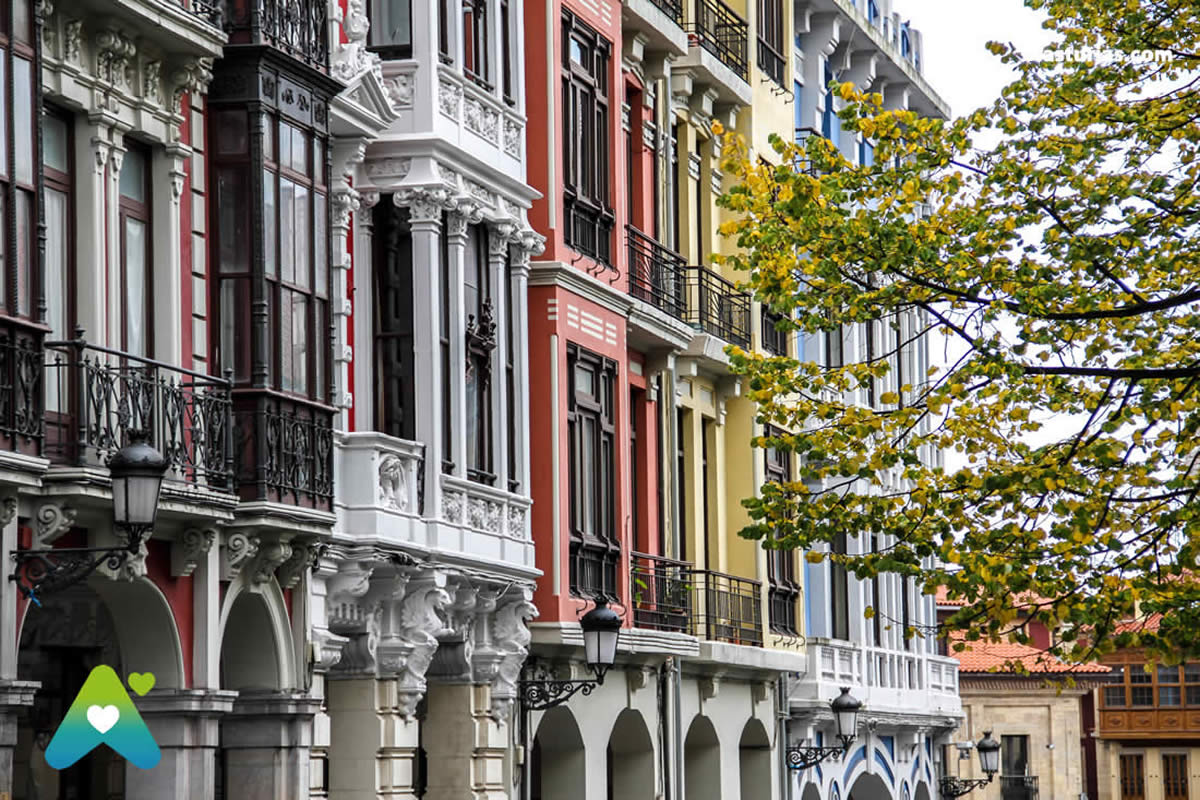 Avilés is a city to discover. The preconceived image of this great town, even for many Asturians, is that of an industrial city in decline. Although its aerial appearance does offer us clear industrial zones, in the heart of this great village it hides a huge heritage and a dream historical center. The old Avilés survives with the most contemporary in a unique way in the Bay of Biscay; the environmental recovery of its estuary and the enhancement of its urban center mean that the splendor of its architecture and the beauty of its surroundings dominate its industrial component.

A new Avilés he waits for the visitor to remove his preconceived images from his head. Strolling through the urban area can be one of the most surprising visits in Asturias. Not in vain, the city celebrates its a thousand years of existence and he offers us his rich past everywhere. The architectural heritage of the Villa del Adelantado (This is how it was known in honor of a famous avilesino conqueror named Pedro Menéndez, appealed the Adelantado) is very varied in styles and historical periods. Being a town with a great commercial and port tradition, there were many nobles who settled here during the Middle Ages and the Modern Age, building large houses and palaces. Since the twelfth century, the economic pulse of this city was reflected in a series of architectural achievements, some lost in their integrity as the walls and others preserved, although with sensible reforms. Some of the most representative buildings in this environment have been merging with the new cultural infrastructures of the city. So in Avilés you breathe a dynamic environment and loaded with public initiatives.

The best way to tour the village of the Adelantado is on foot. Rivero Street and Galiana Street run through The most famous arcades of the Principality, arcades that formerly served as shelter for street vendors on market days. We will quickly discover that the urban area is very walkable and that it offers tourists a unique and very valuable route. The fishermen's quarter, the old and new churches of Sabugo, the Plaza de los Hermanos Orbón or the Camposagrado palace are well worth a visit, as well as the Plaza de España, crossing the streets of La Fruit or Ferrería and then entering the Ferrera park, authentic green lung of the city. Of forced visit is the current church of the Franciscan Fathers, former parish church of San Nicolás de Bari. It is the oldest building in the town. Built between the 12th and 13th centuries, it has an interesting Romanesque doorway and a lovely ribbed vault.

Throughout our contemplative journey, everywhere we will find good pinchos and quality restoration to take a break. The avilesina gastronomy It will pleasantly surprise us. The bottle of essences that we will be able to taste in restaurants, cider houses and winches has been saved from its millenary and marine character. The seafood in general, the pots, fabadas, oricios and the native desserts as the bollu (sponge cake of several floors that the sponsors give to the godchildren in Easter), casadielles or the frixuelos (typical of the carnival). All washed down with a good cider.

If what we are looking for is the moveWe will find it scattered in several streets, such as Galiana, Rivero (the wine area) and the Ferrería (pub area). The Sabugo area is also booming, full of cider houses and summer terraces.

Our walk through the historical Avilés also forces us to recreate ourselves in the modern city. The 1950 year marked the beginning of the most important period of urban transformation in its history due to the implementation of various industries, among which Ensidesa stands out. Families from all parts of Spain moved here and forged the third most populated city in the Principality: it currently exceeds the 80.000 inhabitants and has the second most important port in the region.

Strolling through the port and the estuary of Avilés

Today, all Avilesinos look at the port and the laugh with other eyes. In 1980, the new fishing wharf and the fishermen's association Virgen de las Mareas are inaugurated, in whose auction almost 70 percent of the catch in Asturias is auctioned, which has placed Avilés, despite its scarce fishing fleet, at the head of the Asturian ports. Another vital work in this environment, recently carried out by the Government of Asturias, and which has cost more than 14 million euros, has involved the withdrawal of 170.000 cubic meters of contaminated sludge and the recovery of four kilometers of river walk. The opening of this new ride adds to the Paseo de la Avenida de Guadalhorce, recently inaugurated, and the pedestrian path between San Juan de Nieva and El Arañón. In total, as walkers we can enjoy almost six kilometers of new spaces on the avilesino coast.

In the Parque del Muelle we will find the best known sculpture of Avilés. It represents the figure of the sailor Pedro Menéndez, ahead of Florida and founder of the first city of the United States, San Agustín. In this same park we find the sculpture of La Foca. The homage to a very sociable horse that arrived at the port of Aviles in 1950 and entertained the neighbors during a long season. The statue in his honor is just one of the many sculptural works that adorn the city and that they have their maximum representative in The monstrua. A sculpture that supposes the transposition of the pictorial work of the avilesino painter Carreño Miranda to volume. The monstrua is located in the heart of Sabugo's fishing district. The City Council commissioned the piece in tribute to the painter. The work is completed with a later mural that also includes the image of La monstrua, but naked. Both paintings are part of the Prado Museum collection. The sculpture is probably one of the most photographed motifs of the town.

to 0,15 km The entire city, the scene of processions and respectful silence during the previous days, is filled with excitement on Easter Sunday. The Brotherhood ...

to 0,26 km Avilés faces the present with alternative industries and services, environmental improvements to alleviate the effects of the developmentalism of the 60s and better ...

to 0,59 km It is a square open to the world, as one of its slogans says, located on the right bank of the Ría de Avilés. It is the first and fore ...

to 4,00 km According to the Administration, El Espartal beach would be the generic name for the entire sandbank, including Salinas beach and San Juan de...

to 4,49 km On the Asturian coast, in the town of Salinas -very close to the city of Avilés- you have a magnificent viewpoint that rises above the sea. Outdoor...

The Museum of anchors «Philippe Cousteau»

to 4,51 km The icon that identifies maritime throughout the world is the anchor. All the navies of the world include it in the attributes of the uniform and in the insignia ...