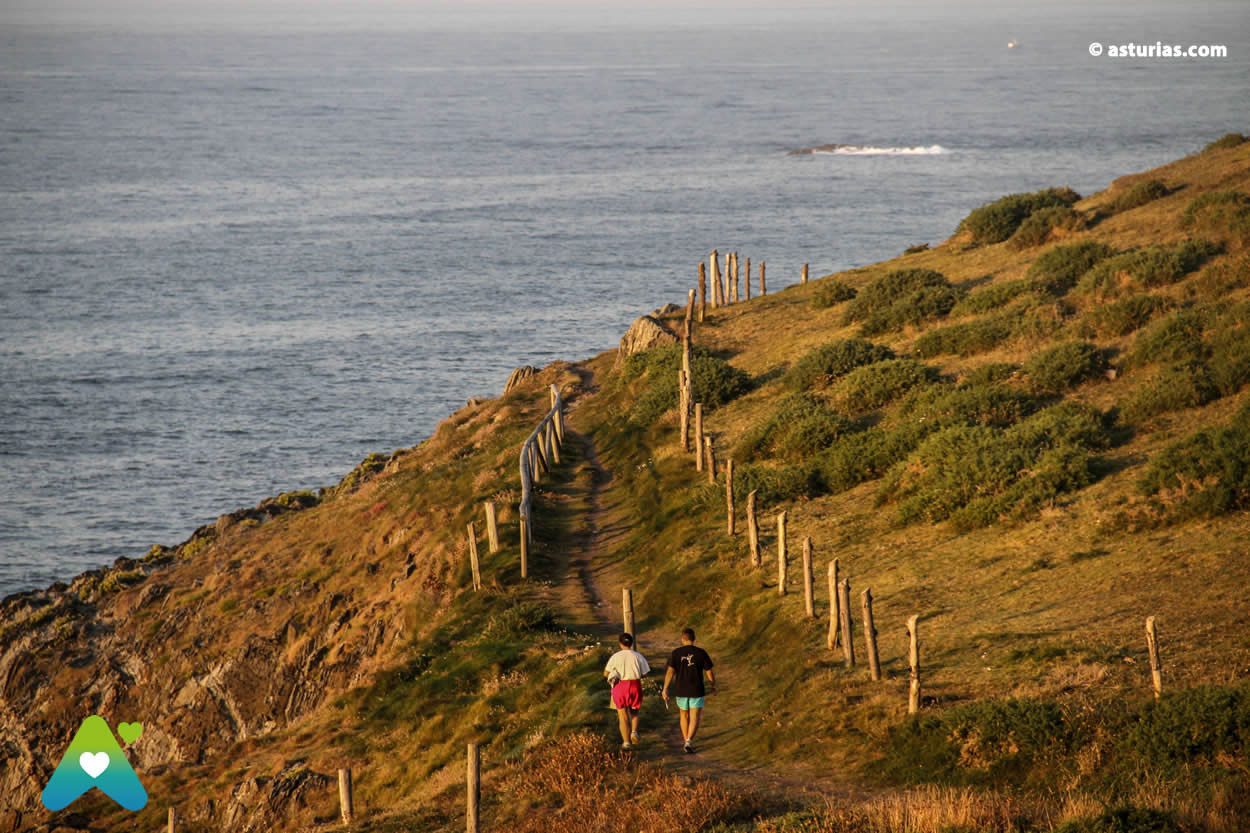 The treasure of the Cantabrian Sea

The treasure of the Cantabrian Sea

The Coastal Path of Navia, despite being the oldest of all those that are part of the network of "Coastal Paths of the Principality of Asturias" (the crossing was created in 1988), is without a doubt the most unknown. Going into it is to bump face to face with a torn coastline and a treasure still to be discovered: the Cantabrian coast of western Asturias.

Conclusion 20 kilometers of route between the beach of Barayo and the population of Navia: PR-AS 293. The path is marked and signposted at all times, so it is impossible to get lost. In addition, the tranquility and the recollection are assured in all the sections of the excursion.

It is a path suitable for all audiences, with a gap almost nonexistent, allowing you to savor better this tour full of beaches, viewpoints and cliffs. Although its distance advises to divide the route in several stages, it is not unreasonable to make it from the pull. To do this, you have to let yourself be carried away by the desire to discover new panoramas and move forward slowly but surely. In about 6 hours we can reach the shipping capital. For this we need someone to move the vehicles from the car park on the upper coast of Barayo to the town of Navia. Although, depending on our schedule and possibilities, we can also set ourselves the goal of getting as far as we can and returning to the car along the same path.

The best beaches are usually the most inaccessible, and Barayo beach is no exception. To enjoy it we must descend the cliff thanks to some wooden stairs that place us in the sand itself. One of the most valuable natural spaces of the Western Navy. This beach of almost 700 meters is a kind of colophon to a nature reserve that exceeds the 3 square kilometers of surface. In the limit of the councils of Navia and Valdés, it has everything to enjoy nature and tranquility: river, sea and forest. The high ecological interest of the area means that we can find practically everything in it. It gathers cane fields, meadows and salt marshes, constituting an immaculate natural spot.

From here we will go along the coast admiring its cliffs and coves, to arrive at kilometer 8 of our trip to the "Exemplary Town" of Puerto de Vega. This villa deserves a special visit, because its beauty is added a great cultural and historical wealth. Here we will find the house where Jovellanos died, the first customs house in Asturias, the magnificent baroque altarpiece of the church of Santa Marina; Typical alleys, walks, squares, a coquettish seaport and above all its friendly people. Here live 2.000 people determined to preserve a unique urbanism, which leaves a wake of nineteenth-century romanticism difficult to find in an Asturian town. It seems that we are going to meet the enlightened from another time with their robes and treaties.

The path leaves aside, very close to the cliff, the Chapel of the Watchtower, from where we get an unbeatable view of the town. It has a miraculous component, since it was founded by the Guild of Seafarers and Commerce towards the year 1605, rising in honor of Our Lady of the Watchtower, whose image, one day, appeared floating in the vicinity.

Along the route between Puerto de Vega and Frexulfe beach (about 4 kilometers away), the path is of a minimum difficulty. The only drawback will be the multiple times you have to take out the camera, the tripod if you play, and take pictures of the beautiful and rugged landscape. The island of Vega, famous for its colony of barnacles, appears before us to leave us one of the best postcards of the Coastal Path. El Castiel fortress gives us unique panoramas. In this section spring gives a great contrast of colors, highlighting the intense violet heather. We will pass by the beach of La Losera, the Island of Soirana and the town of the same name.

The 12 kilometer of our route is a beautiful place and, without even knowing its condition as a Natural Monument, captivates us. Bird's eye view Frejulfe beach, or Frexulfe in Asturian, is between Cabo San Agustín and Punta de Romanela. Its unusual toasted sand makes it warmer and romantic. The sandy cove, about 700 meters long, houses an important dune vegetation and a thick pine forest in the rear.

We still have 8 lovely kilometers. We cross the parish of Andés, crossing an endless number of small and beautiful beaches: Fabal, Coedo, Las Rubias, La Bragada, La Cascareira, Las Barrosas, and La Playa del Moro. We walk through forests and riverbanks until we reach «Veiga de Arenas», former name of Navia Beach, in front of which is the Peña de la Virgen. Legend has it that the appearance of the Virgen de la Barca, the Patroness of Navia, took place. To the east is the Peña Furada, another of the highlights of this route that sometimes go unnoticed by the hiker, as well as "La peña rubia" (on the beach of the blondes), or "The face of the home", and " La pedra »(between the beaches of Coedo and Fabal) or also« La ermitúa »and« El Picón »(between the beaches of Fabal and Frejulfe).

The Navia estuary It opens a little frequented space where the intense green collides with the floods of the Bay of Biscay. We only have the last kilometer that will take us to Navia, the capital of the municipality, with all the services that a modern Villa can offer the visitor and with all the added charms of the fishing villages of Asturias.

The route starts at the 515, 5 of the N-634, at the junction with the NV-7 county road, taking this county and a few 400 meters find a dirt road on the right. Here begins the route itself. This road will take us to the banks of the Barayo River, which will accompany us to its mouth in Barayo Beach.

to 0,65 km The Barayo River forms an estuary complex at its mouth where we find other privileged habitats, such as the beach and its dunes ...

to 1,54 km The beach is six hundred meters long with sand and rocky areas and dunes. The western area is called Las Barqueras, and the eastern area Castro...

to 2,59 km The collection begins in the closed patio with machines and utensils belonging to the canning factory (boiler, pails, canning presses, etc.), ...

to 2,67 km The first impression you have when you arrive in Puerto de Vega is pleasant above all else. When we arrive our spirit is infected with the imma ...

to 4,84 km From Puerto de Vega and from the town of Frejulfe there is easy road access. The beach is very inviting, and its unusual toasted sand makes ...

to 6,43 km The giant squid really exists and is scientifically known as Architeuthis. It is the largest invertebrate in the world. According to studies, it can...