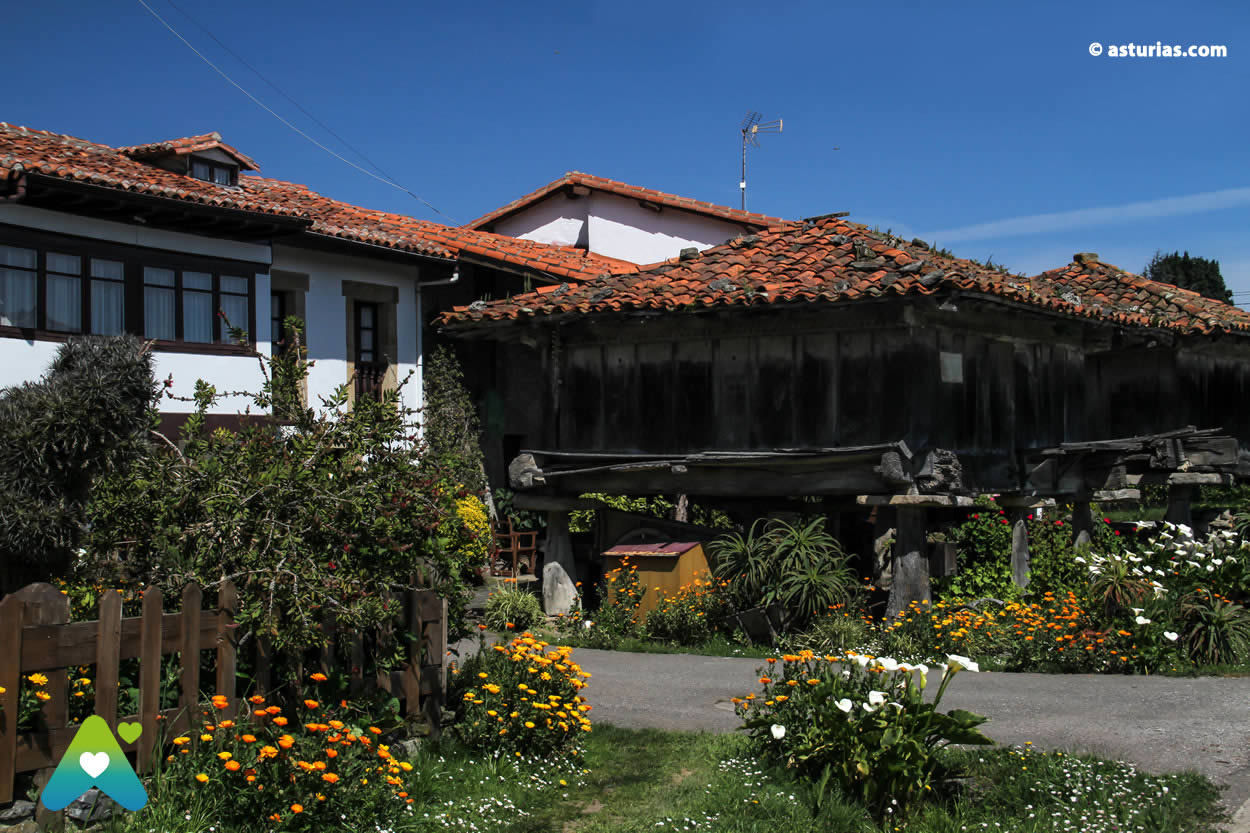 Etymologically, the word hórreo comes from the Latin horreum, which designated a building in which fruits of the field were kept, especially grain. In Asturias, corn, potatoes, onions were kept ... everything that the field supplied.

Beyond the existing typologies in the Iberian Peninsula, aerial granaries on feet are found throughout the world that are, in whole or in part, morphologically similar to the granary, such as the Norwegian stabur, the Swedish Hebrew, the Polish sol'ek or the Serbian kukuruzniak ... there are numerous examples.

In Asturias there are two types of constructions. The most numerous of them, the hórreo: a square-shaped building that is formed by a wooden chamber, often with a corridor, which is supported on four feet, or pegollos of stone. Breadbasket: it has more than 4 pegollos, they are usually six although there is another important difference. The granaries have gabled roofs that join at the top point, while the bread boxes have roofs with trestle.

The consolidation of the granary as a typology will take place from the changes resulting from the introduction of the cultivation of corn in the seventeenth century, especially in Galicia and Asturias.

Currently the granaries serve other tasks, or none in particular. Only on the outside it is appreciated that they still fulfill the function for which they were created, and it is not uncommon to see them adorned with onions, garlic and other less perishable garden products. In this sense, the current refrigerators and freezers have relegated the hórreo to an almost romantic role. 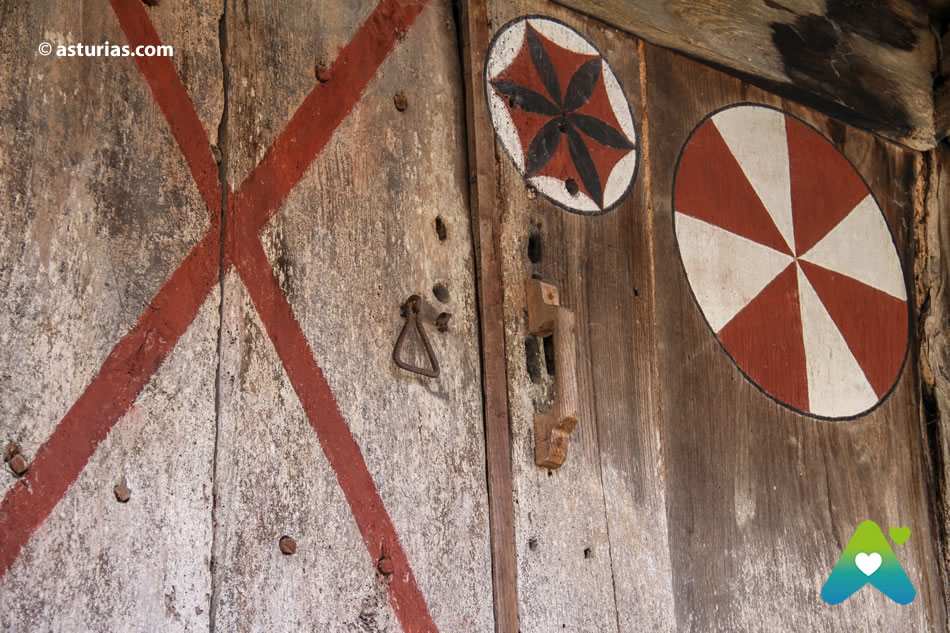 We went on to quote the most important parts of the hórreo -which has many-:

· The pegollos. Columns usually of limestone, carved by hand, although there are some of wood. They raise the granary off the ground to isolate it. They are normally 120 cms. Tall.
· The molars or pegolleras. They are flat limestones, of some 80 cms., That avoid the passage of the rodents to the hórreo.
· The trabes. They are the four chestnut wood beams that form the base of the granary.
· The colondres. They are the walls of the hórreo that, generally, are formed by wooden boards criss-crossed in others and in the trabes.
· The tiles They are made of clay.

Asturias has a specific regime of protection of hórreos, paneras and cabazos included in the Law of the Principality of Asturias 1 / 2001, of 6 of March, of Cultural Heritage, in which the construction of granaries detached from the dwelling is forbidden, that those of new invoice must adapt to the materials and traditional constructive and morphological characteristics of these buildings, and establishes various regulations regarding granaries built before 1900, including those that have not been declared of Cultural Interest or included in the Inventory of Cultural Heritage of Asturias.

If you want to enjoy the granaries there are several towns scattered throughout the geography where the number of these is great, you can get close to Espinaréu, in Good...

to 4,67 km La Pumariega is a village house for rent by rooms that offers you five cozy double rooms, equipped with a full bathroom and flat-screen television.

to 4,93 km The Ayre Hotel Oviedo is located in a unique building in the city of Oviedo, it is part of the Congress Palace, designed by Santiago Calatrava, only 10 minutes on foot separate us from the ...

to 5,63 km Hotel Barceló Oviedo Cervantes occupies a beautifully restored single-family house dating from the early XNUMXth century, with award-winning design and two ultra-modern buildings on either side. ...

to 0,62 km Just 5 kilometers from Oviedo, the Asturian village has one of its greatest ethnographic glories in the town of Bueño (Ribera de Arriba). With about 50 granaries and bread baskets, you can almost ...

to 0,68 km We share with you the list of the towns awarded with the "Exemplary Town of Asturias" award since the beginning of these awards. 1990 San Esteban de Cuñaba. 1991 Associates ...

to 3,50 km It has enjoyed the Protected Designation of Origin since 2004. This cheese is unique in its semantics, it bears the name in Asturian and does not admit an exact translation or an etymology ...
See more things near here
Stainless steel work

The granaries were part of the Asturian landscape due to the inevitable human adaptation to a hostile and humid environment. If u ...

Just 5 kilometers from Oviedo, the Asturian village has one of its greatest ethnographic glories in the town of ...

We give you the list of the peoples awarded with the "Exemplary People of Asturias" award since the beginning of the ...

· In the western area of ​​Asturias we have beautiful towns such as Tapia de Casariego, Navia, Puerto de Vega and Luarca. To ...

The Biosphere Reserves are internationally recognized, although they remain under the sovereignty of their respective ...