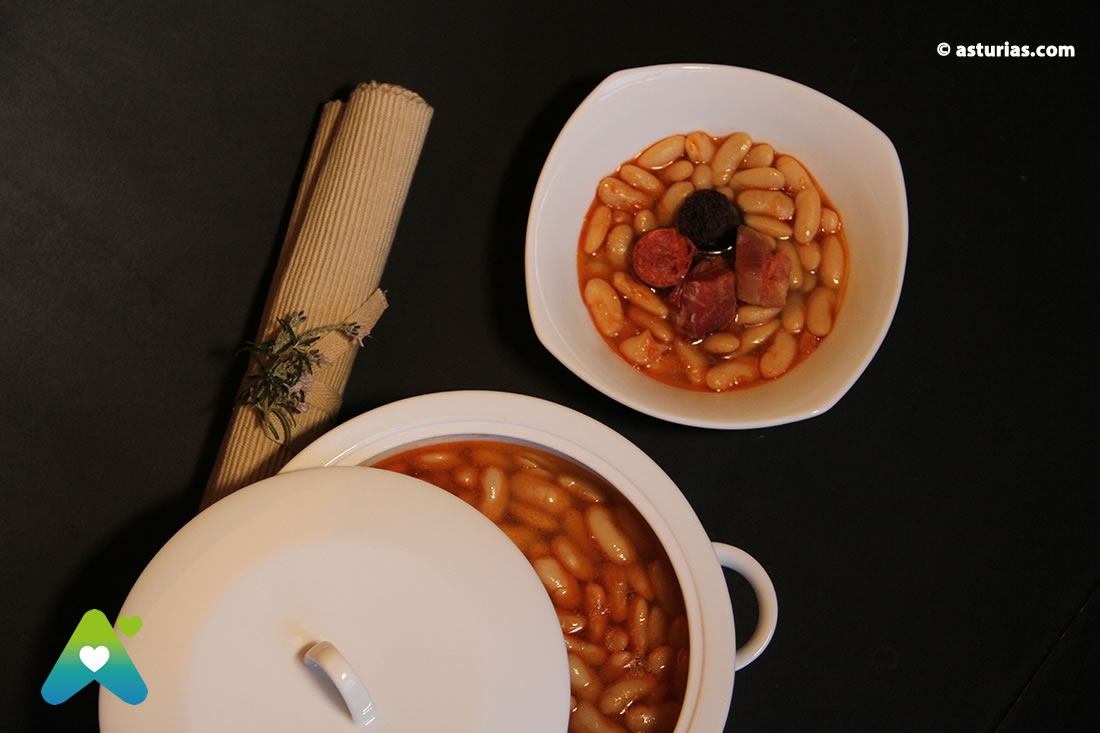 The most universal dish in Asturias is the fabada. An abundant and popular dish, a source of energy above all, that has given the Principality great fame, its people part of its "grandon" mood and all the stomachs that host it an unforgettable "fartura". At this point this information is perogrullo. The problem is that behind this gastronomic truth hides a huge variety of Asturian beans and an endless number of parallel plates, with thousand ingredients, and in principle lighter, that we will also try to elucidate here.

The typically Asturian fabada has demanding traditional guidelines, and it is spoken of as unique and singular, sometimes without considering the other regional "fabistic" wealth, the typology of native beans that accompany as "misses" secondary to the queen of the regional recipes

Let's see. Some of the most popular varieties of Asturian beans are: roxa, or colorá (to stew); Verdina (very fashionable, small and green to eat with eels or rabbit, seafood in general or game dishes); Fabones, or beans of May; that of the kidney (to serve with vegetables); the pint, the güeyín, the amarillina, the granjilla, etc, etc.

Jovellanos, in his diaries, speaks of Asturian fabas or beans which shows that, at least since the eighteenth century, this crop was widespread throughout the Principality, already brewing the neat quantity and quality of the varieties that we find today. The one that is usually associated with the fabada proper is that of the Farm or of the Healing. But it also offers a versatile versatility in its cooking. Apart from the one accompany the famous "compangu", this white grain bean, oblong, straight, long and flattened, large in size, is eaten with many other tasty and indigenous ingredients.

That said let's focus on that masterful and specific fabada that prestige of Asturian beans in general and its multiple recipes. The fabada is the quintessential dish, so excellent that sometimes it is not even accompanied by a main course, but a digestive dessert. As said, it is made with "farm fabes" or "butter fabes," a kind of large, soft and very thin skinned bean, so typical of Asturias that, apparently, it does not thrive in other national gardens. Some people call it a "pillow", it is buttery on the palate when it is well cooked and the previous soaking considerably increases its volume.

Although It is grown throughout the region, those of Luarca, Tineo, Cangas de Narcea, Siero, Colunga or Villaviciosa have reached a special status. The most extensive crop is located in the districts of Vegadeo, Oviedo and Gijón, and to a lesser extent in Grado or Llanes. Farmer cooperativism seems to work thanks to different initiatives such as the Fabastur Cooperative, the Fabes Villagers Association of Villaviciosa or the Fabes Producers Association of Argüelles. It has denomination of origin under the name of Faba Asturiana, with a parallel Regulatory Board to which more than 300 producers are assigned, and needless to say that, aside from being a scarce faba, it is one of the most sought after in the Spanish market.

The Food Festivals They proliferate around this queen of legumes. An example is the Cultural Week of les Fabes, celebrated in the month of March in Villaviciosa, or the Gastronomic Festival of the Fabes of San Martín, in the month of November in Moreda (Aller); the Days of les Fabes in Colunga, which take place in December and in which some Asturian of merit is awarded with the memorable «Golden Faba».

The cultivation of fabes

Until the mid-eighties of the twentieth century, the cultivation of the Asturian Faba had a low relevance, and like many other agricultural products its cultivation focused on self-consumption. The explosion of the crop is more recent, since the mid-nineties, mainly due to the crisis in other agricultural subsectors and the demand for this product for the hotel industry. The leap from rural culture to restaurant dishes has therefore been late, at least in the universalization of quality fabada, and supposes the assumption of a long popular culture in the farmhouses, including the previous processes for the faba to be ready. , and that cannot be underestimated. Les fabes presented and present a great sensitivity to rain, their commercialization goes through overcoming an important obstacle against the mother climatology that sees them being born. Around September or October, the pods are hung in the hórreo for several months.. When they are dry, comes the always painstaking task of sharpen (remove the pods), which in past decades summoned an entire community in the dead times of winter work. Later beans are allowed to dry separately, loose, spread out on the ground, and then it was time to select them and throw away the ones that had a bug or were stained. The process of an artisan bean stew remains the same today, although there is a lack of hands in the field and collective feeling in these tasks.

Gastronomy of Asturias
Products with DO